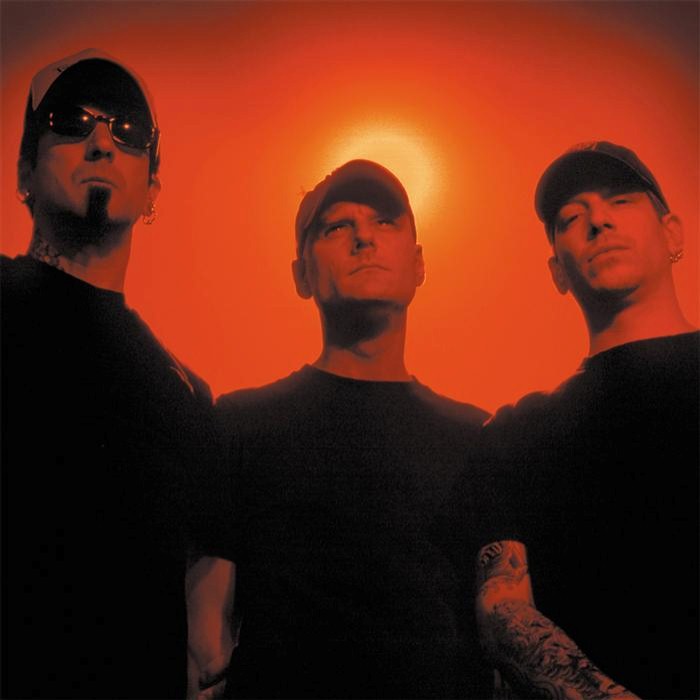 Unsane is an influential noise rock music trio from New York City. They are generally classified as noise rock, but their music also touches on elements of hardcore punk and metal. The band's self-titled début was released in 1991 and was known for its harsh music and gruesome cover art: a photo of a decapitated man on a New York city subway track, his body still wearing a Members Only jacket. Finding limited mainstream success, Unsane are nonetheless hugely influential; writer Patrick Kennedy writes that "while developing the blueprint for noise metal bands to follow, Unsane cut a remarkable swath through underground music, inspiring a devoted, cult-like following around the globe." Unsane was formed in 1988 by singer/guitarist Chris Spencer, bass guitarist Pete Shore and drummer Charlie Ondras. They met as students at Sarah Lawrence College. The band was supposed to have their début album recorded in 1988 by Circuit Records as "Improvised Munitions" , but Ernie Triccaro, the owner of Circuit Records, never released the album. In the early 1990s, Unsane was part of a scene of loud, noisy, like-minded rock groups in New York City's East Village, often playing concerts with bands like Pussy Galore, Cop Shoot Cop, Surgery, Helmet and the Reverb Motherfuckers (Unsane's first show was as the opening act for the Reverb Motherfuckers). Members of Unsane were very active during this era and played in other bands like Boss Hog and the Action Swingers. Ondras died of a heroin overdose in 1992, and was replaced temporarily by Anthony DeLuca and then permanently by Vinnie Signorelli (formerly of Foetus and NY icons Swans). In 1994, Shore departed from the band for unknown reasons and was replaced by Dave Curran. The band toured heavily, and signed to Atlantic Records, who released Total Destruction in 1993 -- it was Unsane's only major-label release. Their third album, Scattered, Smothered & Covered, was issued by Ampehetamine Reptile. The music video for the single "Scrape" was made for a mere $200, yet earned significant play on MTV. The video alternates between lo-fi rehearsal footage of Unsane, and a series of serious skateboarding wipeouts. They continued touring heavily (including a stint opening for metal icons Slayer), but did not release a new album until Occupational Hazard, issued by Relapse Records in 1998. Later that same year - in seeming fulfilment of the album's title - Spencer was attacked by four people after playing a concert in Vienna, Austria. He ended up in hospital suffering internal bleeding and underwent major surgery. As a result of Spencer's injury, and touring over ten months of the year, the band decided to take a break in 2000. During the interim, Spencer moved to California where he formed a new band with Dave Curran called The Cutthroats 9, releasing one album on Man's Ruin Records. Curran also started a band called The J.J. Paradise Players Club and Signorelli opened a tattoo shop in Brooklyn. Unsane reformed in 2003 upon Spencer's return to New York, and released a greatest hits record, Lambhouse, followed by Blood Run two years later. Ipecac released Unsane's sixth studio album, Visqueen on March 13, 2007. Unsane's latest album will be released on March 20, 2012, entitled "Wreck". 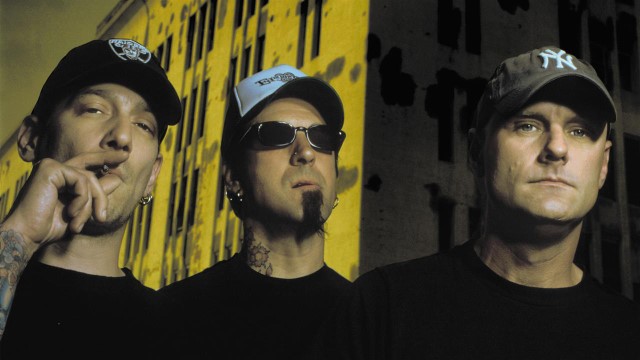