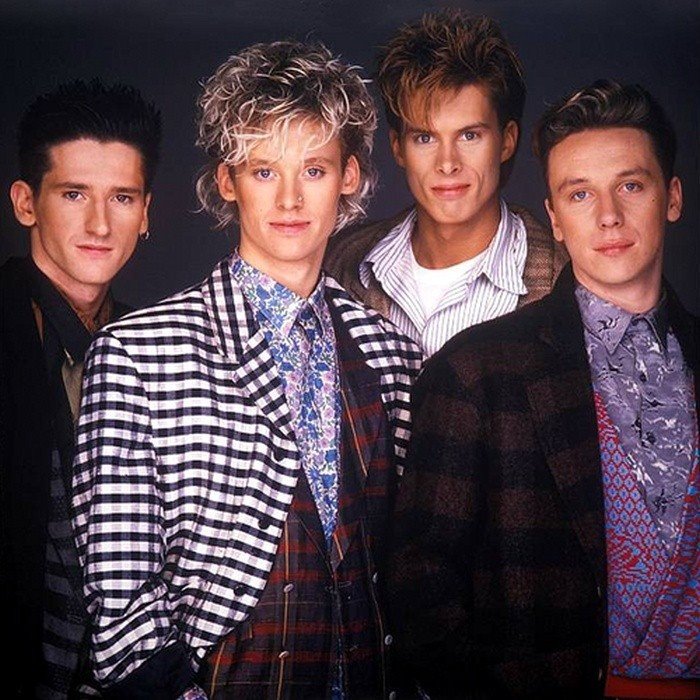 The name of the group was Kajagoogoo. In the U.S., the band renamed themselves as Kaja, and a different edition of the Islands album was released there as Extra Play, peaking at no.185 on the Billboard charts. However, the single "Turn Your Back On Me" did well on the US Dance Charts peaking at no.2 for two weeks. Limahl, meanwhile, went on to equally brief success as a solo artist.
Strode then left the band and, in an attempt to gain some credibility and to lose their bubblegum image, the remaining three members relaunched as Kaja in the UK in 1985. Following the name change, the band released the single "Shouldn't Do That" (UK No. 63) in mid-1985. The song was featured on their third album, Crazy People's Right to Speak, but this too was unsuccessful. In December 1985, the band split up.