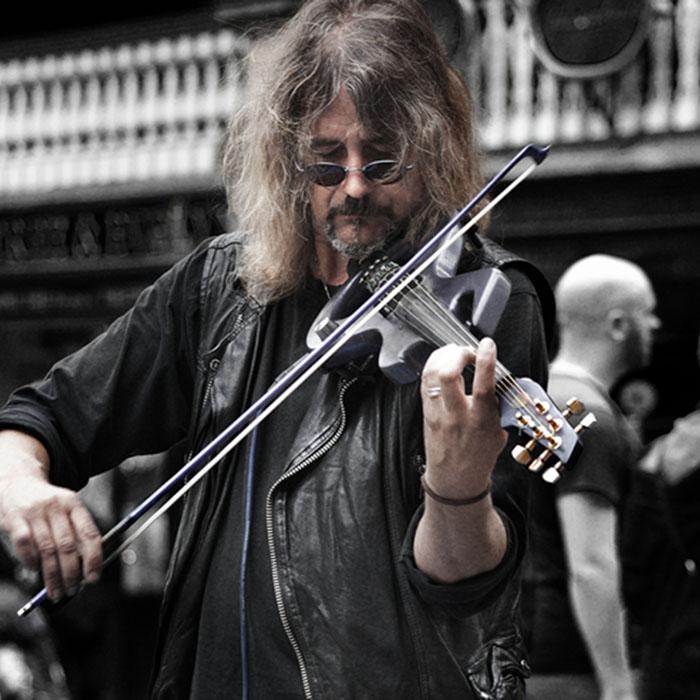 Ed Alleyne-Johnson is a violin player who has written a fair amount of intense solo work as well as "Echoes," his album of instrumental violin covers of various pop and rock songs. Ed Alleyne-Johnson is an electric violin player based in the UK. Alone in his field, Alleyne-Johnson uses no backing tracks, instead layering his musical pieces step by step using pedal delays. This method of performing means that every live song is figuratively unique, building to an atmospheric crescendo. Though Alleyne-Johnson has worked with bands such as New Model Army, the best examples of his work can be found on his solo CDs, ranging from albums of his own compositions to cover albums consisting of Alleyne-Johnson's unique takes on popular tracks. Haunting, stirring and evocative, Alleyne-Johnson combines elements of rock, pop and classical. Enjoying performing live, he can often be seen in Chester city centre, but has been seen playing as far away as York. The 5 string violin he uses is self designed and hand carved from walnut, maple and American oak. While playing in the open air he uses a hand made delay and effect set that works on batteries. 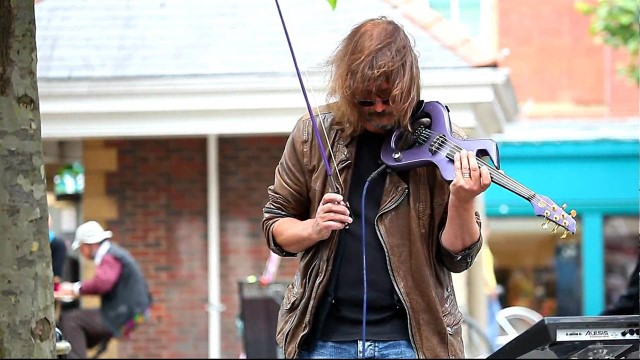 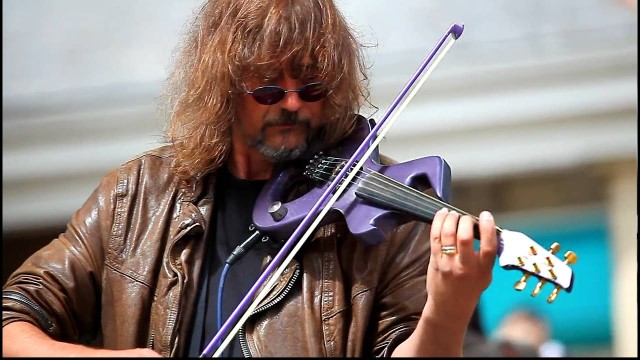