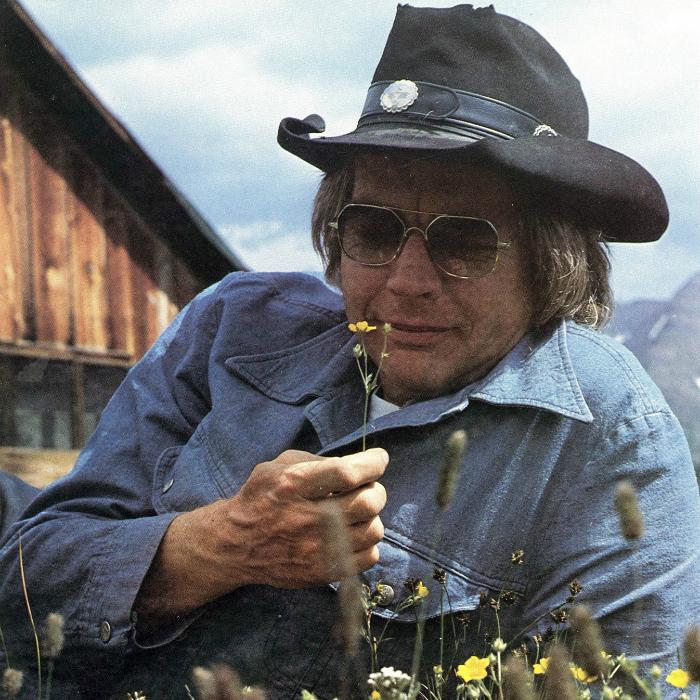 The Real McCall An American Storyteller (0) 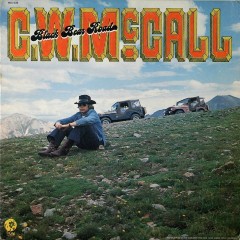 C. W. McCall is the pseudonym of William Dale Fries, Jr. (born 15 November 1928, Audubon, Iowa, United States), an American singer, activist and politician known for his truck-themed outlaw country songs.
In 1973, while working as a creative director for Bozell & Jacobs, an Omaha, Nebraska advertising agency, Fries created a Clio Award-winning (1974) television advertising campaign advertising Old Home Bread for the Metz Baking Company. The advertisements featured a truck driver named C. W. McCall, who was played by Dallas, Texas, actor Jim Finlayson. The waitress named Mavis Davis was played by Dallas actress Jean McBride Capps. The commercial's success led to songs such as "Old Home Filler-Up an' Keep on a-Truckin' Café", "Wolf Creek Pass" and "Black Bear Road". Fries wrote the lyrics and sang while Chip Davis, later of Mannheim Steamroller, wrote the music.
McCall is best known for the 1976 #1 hit song "Convoy", which came at the peak of the CB fad in the United States. It sold over two million copies, and was awarded a gold disc by the R.I.A.A. in December 1975. Though McCall is not a one-hit wonder, "Convoy" has since become his signature song. McCall first charted the song "Wolf Creek Pass", which reached #40 on the U.S. pop top 40 in 1975. At least three other songs reached Billboard's pop Hot 100, including "Old Home Filler-Up an' Keep on a-Truckin' Cafe", "'Round the World with the Rubber Duck" (a pirate-flavored sequel to "Convoy"), as well as the environmentally-oriented "There Won't Be No Country Music (There Won't Be No Rock 'n' Roll)". A dozen McCall songs appeared in Billboard's Hot Country Singles chart, including the sentimental "Roses for Mama" (1977).
In 1978, the movie Convoy was released, based on the C.W. McCall song. The film starred Kris Kristofferson, Ali MacGraw, Burt Young and Ernest Borgnine and was directed by Sam Peckinpah. It featured a new version of the song, written specially for the film.
In addition to the "original six" McCall albums released between 1975 and 1979, two rare singles exist. "Kidnap America" was a politically/socially-conscious track released in 1980 during the Iran hostage crisis, while "Pine Tar Wars" referred to an event that actually happened in a New York Yankees-Kansas City Royals baseball game during 1983 (a dispute concerning the application of a large quantity of pine tar to a baseball bat used by George Brett, one of the Royals players).
In 1986, McCall (William Fries) was elected mayor of the town of Ouray, Colorado, ultimately serving for six years.
In 1990, American Gramaphone Records issued a CD containing a number of old McCall tracks re-recorded for the digital CD age, plus a new song, "Comin' Back For More", which was inspired by Alferd Packer, an alleged 19th century cannibal. 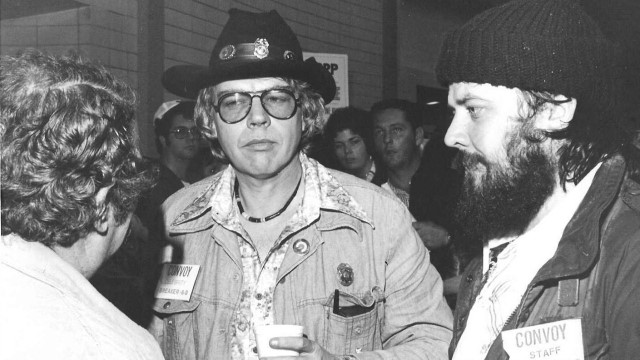