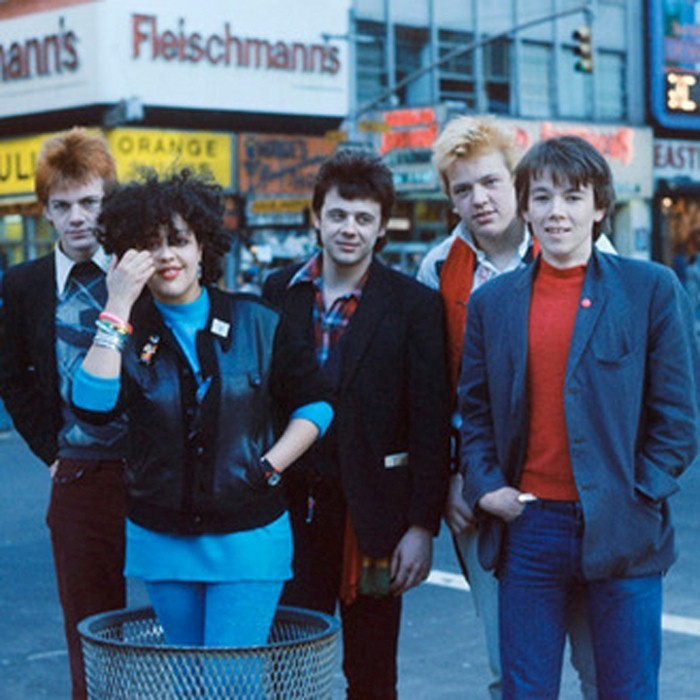 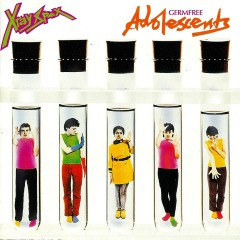 X-Ray Spex are an English punk band from London that formed in 1976. The original line-up featured singer Poly Styrene (born Marianne Joan Elliott-Said) on vocals, Jak Airport (Jack Stafford) on guitars, Paul Dean on bass, Paul 'B. P.' Hurding on Drums, and Lora Logic (born Susan Whitby) on saxophone. This latter instrument was an atypical addition to the standard punk instrumental line-up, and became one of the group's most distinctive features. X-Ray Spex's other distinctive musical element was Poly Styrene's voice, which has been variously described as "effervescently discordant" and "powerful enough to drill holes through sheet metal". As Mari Elliot, Poly had released a reggae single for GTO Records in 1976, "Silly Billy", which had not charted. Born in 1957 in Brixton, London, of Somali-English parentage, Poly Styrene became the group's public face, and remains one of the most memorable front-women to emerge from the punk movement. Poly Sytrene also became one of the first high-profile black people in punk rock. She wore braces on her teeth and once stated that "If anybody tried to make me a sex symbol I would shave my head tomorrow". X-Ray Spex existed from mid-1976 to 1979, during which time they released five singles - "Oh Bondage, Up Yours", "Identity", "The Day the World Turned Day-Glo", "Germ Free Adolescents", and "Highly Inflammable" - and one album, Germ Free Adolescents. The album and title single reached 30 and 19 in their respective charts, although "Oh Bondage, Up Yours" is regarded as their most enduring artifact, both as a piece of music and as a phrase. The song was not originally on the album, although later CD releases added it as the final track. The group did play a fortnight's residency at New York's CBGB's even though Germ Free Adolescents was not released in America until 1992. Exhausted by touring, Poly Styrene left the band in 1979 to release a solo album, Translucence, before joining the Hare Krishna movement (as did Lora Logic, in a coincidental move, who left the band aged 16 in 1977 to form a new group called Essential Logic). Without Styrene, the group lost its momentum and split up. Hurding and London went on to form Classix Nouveaux, while Paul Dean retired from musical activities. In 1991 re-grouped X-Ray Spex played a surprise sell-out gig at the Brixton Academy. Uniquely, this version of the group did not include Poly Styrene, and according to an interview with Lora Logic: "...that was a mistake. They put that together with another singer and I played with them for a tour but you can't really have it without Poly." The group reformed more successfully in 1995 with a line-up of Styrene, Dean and Logic to release a new album Conscious Consumer. Although heralded as the first in a trilogy, the album was not a commercial success. Styrene later explained that touring and promotional work suffered an abrupt end when she was run over by a fire engine in central London. The group disbanded, but subsequent releases include a compilation of the group's early records, a live album, and an anthology of all the aforementioned. Jak Airport later worked for the BBC's Corporate and Public Relations department under his real name, Jack Stafford; he died in August 2004. Discography Singles "Oh Bondage, Up Yours", 1977 "The Day The World Turned Day-Glo", 1978 #23 UK "Identity", 1978 #24 UK "Germ Free Adolescents", 1978 #19 UK "Highly Inflammable", 1979 #45 UK Albums Germ Free Adolescents, 1978 Conscious Consumer, 1995 Poly Styrene later went on to reform X-Ray Spex with a 30 year anniversary sell-out gig at The Roundhouse, Camden, London September 6th 2008 with original bass player Paul Dean, Jak Airport sadly no longer with us was replaced by Saxby guitarist for Arnold, saxophone was provided by Flash formerly of Rip Rig & Panic and finally drummer Sid (Sidation) Truelove from Rubella Ballet and Flux of Pink Indians, hand picked by Poly for his authentic resemblance to B.P. Hurdings original punk style completing the line up for one of the most long awaited gigs of the last three decades. This performance will be available to buy on DVD and live album in November 2009 on Future Noise Music, for more info go to www.futurenoisemusic.com Polystyrene sadly lost her battle with cancer and passed away 26/04/11 www.x-rayspex.com// http://www.myspace.com/xrayspexrealofficialpage X-ray Spex 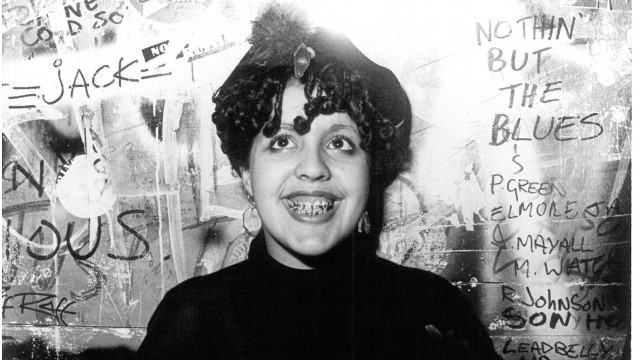