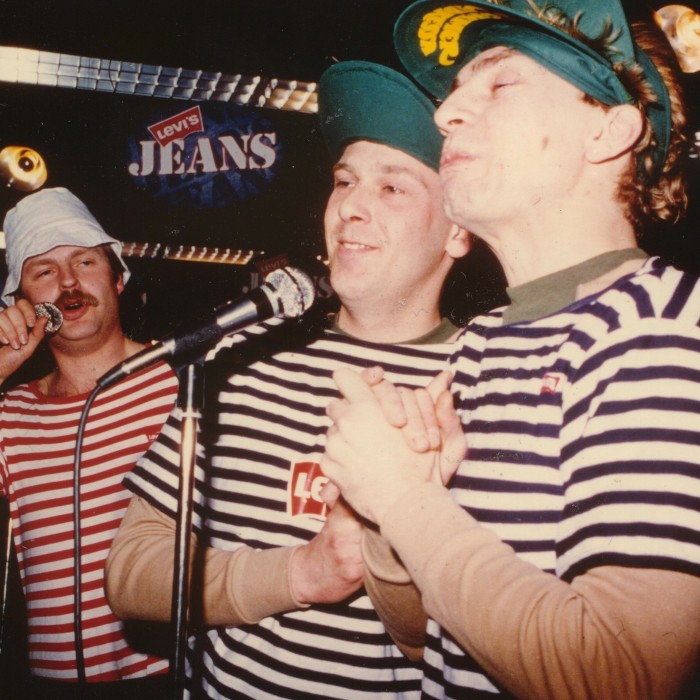 Prima Vera was a Norwegian musical entertainment group that were active from 1976 to 1984. The group was dissolved when one of the members, Jahn Teigen, broke out to start a more serious career on his own. This led to a bitter controversy between Herod Falsk and Teigen. Primaveras songs were mostly norwegian parodies of famous international songs and artists.
The group was formed in the spring 1976, when Herod Falsk left Jonas Fjeld Rock n'Rolf Band and teamed up with Tom Mathisen and Jahn Teigen. They took the name Primavera from an Italian boxer from a book by Øvre Richter Frich . The autumn of 1977 saw their debut album Prima Vera sell very well. The big breakthrough, however, came in 1978, when they released the album Brakara . This sold over 100 000 copies, a particularly good sales figures in Norway. The sequel Salmer Og Sanger Vi Gjerne Hiver was released in 1979. This album also sold very well.
In 1980 the third albumBest of Ebba, was released and the group toured around the country that year .
At the same time the group planned to release a video and musical and worked on this project in the same year. In 1981 the musical and album Fisle Narrepanne i Tyrolwas released.
The musical starred actors Ulf Wengård, Kjersti Døvigen and Ivar Nørve on stage with Prima Vera. Early autumn of the same year saw the release of their next album, Den 5te. The album was withdrawn and was released again with a modified cover. The original cover had manipulated the group with King Olav V, Queen Elizabeth II and the then Crown Princess Sonja. The new album's cover was the group depicted standing on Karl Johans gate, in tails and green Underwear Pants with The Royal Castle in the background. The video Uten En Rød Tråd was released in 1981 , starring Øivind Blunck.
Ha ha he he ho! (De Gærne Har'e Godt ), published by Jahn Teigen as a producer in 1982, came with a new video, "De Gærne Har'e Godt"
Ever since 1978 the group had talked about making a movie about Olav The Holy. The movie Saga of Olav the Holy was released in 1983, but was completely slaughtered by the critics.
The film was way too big similar to Monty Python's movie Monty Python and the Knights of the Round Table, without being equivalent genial.
After the downturn of the film the group chose to take a break. By chance there appeared an opportunity to perform a week at Cabaret Restaurant in Stockholm in the autumn of 1984. The performance ended in disaster. After they failed to impress the audience, Teigen appeared with Anita Skorgan on stage, and Prima Vera parted ways.
Teigen started a new career as a solo artist, while Tom Mathisen and Herodes Falsk continued as a duo. The duo had ​​some success with new parodies and increasingly noisy humor, under names like Viggo & Reidar and Tom Mathisen & Herodes Falsk.
1994 saw the release of their compilation album Absolute Prima Vera ,but at the press conference Jahn Teigen refused to line up with the others . It all ended with public mudslinging and bickering in the media, while the collection went gold. Some years later Marius Müller, a good friend of the trio, died . Marius worked in the 1980s alongside Primavera as a musician. In the 1990s, he several times tried to get the group reunited without success. Müller died in 1999 after running off the road and crashing into a lamppost. The same year compilation Primavera Show was released. Meanwhile, the trio buried the hatchet, and Primavera were reunited with a new line of performances from 1999 to 2001. The compilation album contains a live recording that Falsk had recorded during a concert done at the ABC Theatre 12 March 1983 . The recording had so good sound quality that it could be released on CD. The group held its last concert in Oslo Spectrum 28 November 2001. After that, they split again, but this time as friends. 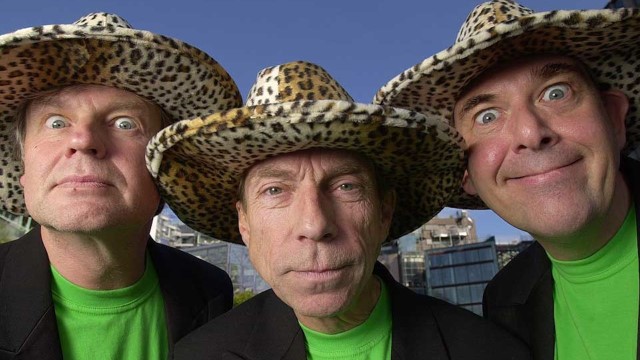