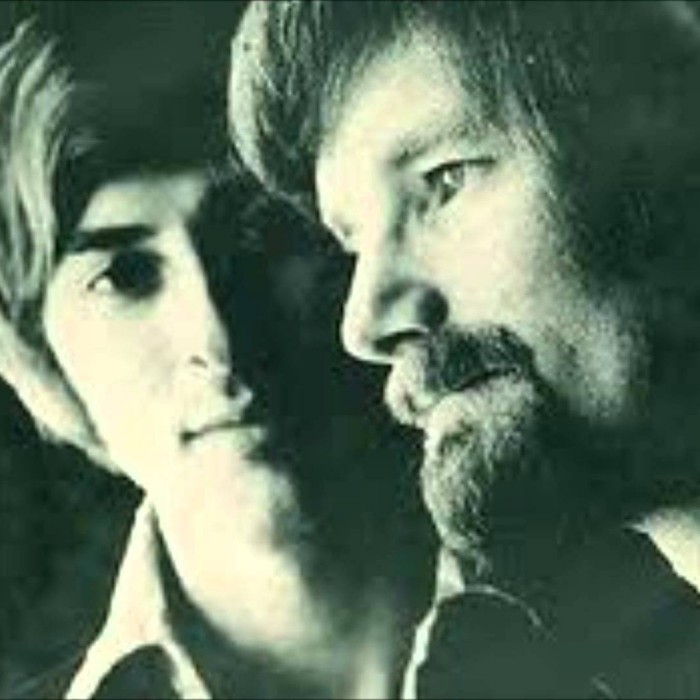 Zager & Evans was a Lincoln, Nebraska, rock-pop duo of the late 1960s and early 1970s named after its two members, Denny Zager and Rick Evans. They are mostly known as a one-hit wonder for their 1969 single "In the Year 2525".
Zager and Evans met at Nebraska Wesleyan University, and they were joined by drummer Danny Schindler (later of the Benders) in the seminal Nebraska band the Eccentrics, until Schindler's tour of Vietnam in 1965.
As Zager and Evans, the duo were backed by Mark Dalton, also a Nebraska native, on bass. Their first drummer, Paul Maher, was later replaced by another Nebraskan, Dave Trupp. Trupp and Dalton were also the rhythm section in the popular Liberation Blues Band and backed Evans on some solo demo material prior to Zager and Evans's recording of "In the Year 2525" in 1968.
"In the Year 2525", with lyrics by Evans and music by Zager, warned of the dangers of technology, portraying a future in which the human race was destroyed by its own technological and medical innovations. The last stanza of the song suggests mankind undergoes a continuing cycle of birth, death and rebirth.
"In the Year 2525" hit number one on the Hot 100 in 1969. It claimed the #1 spot for six weeks. It also topped the charts in the UK. It was number one on July 20, 1969, in the United States, the date of the first manned moon landing, by astronauts Neil Armstrong and Buzz Aldrin. It continued to top the charts while the Woodstock Festival was going on. It was nominated for a special Hugo Award that same year. It sold over four million copies by 1970 and was awarded a gold disc by the Recording Industry Association of America (RIAA) in July 1969.
The song was originally written in 1964 and recorded and released in 1968 on the Truth Records label. After radio stations in Lincoln and Omaha turned the record into a regional "break-out" hit record, RCA Records signed the duo and rereleased the song nationwide. They also immediately recorded a follow-up album of the same name, again using Trupp and Dalton as the primary rhythm section. Sales of the original hit recording (including singles sales, album usage and compilation inclusions) now total over 10 million units worldwide. The B-side of the original single was "Little Kids".
Despite the record's massive success, follow-up singles such as "Mr. Turnkey" (a song about a rapist who nails his own wrist to the jail wall as punishment for his crime) went largely unnoticed by the public. "In the Year 2525" was their only Hot 100 entry.
In Australia, "In The Year 2525" reached #2, with "Mr. Turnkey / Cary Lynn Javes" (double A-side) reaching #86 and "Help One Man Today" reaching #94 on the RCA label. They also had records released on White Whale Records and Vanguard Records.
Zager and Evans no longer perform as a duo, but they both remain in the music industry and remain friends. Zager now builds custom guitars at Zager EZ-Play Guitars.
"In the Year 2525" has been covered by the industrial band Laibach on their album NATO as well as the gothic rock band Fields of the Nephilim and new romantics Visage. In addition to these two bands, Project Pitchfork also covered it in the early 1990s on their album Dhyani. The Dutch death metal band Eternal Solstice covered the song on their 1997 album "Demonic Fertilizer". Ian Brown has also made a cover in his 2009 My Way album. Futurama made a parody called 'In the Year 252525.' 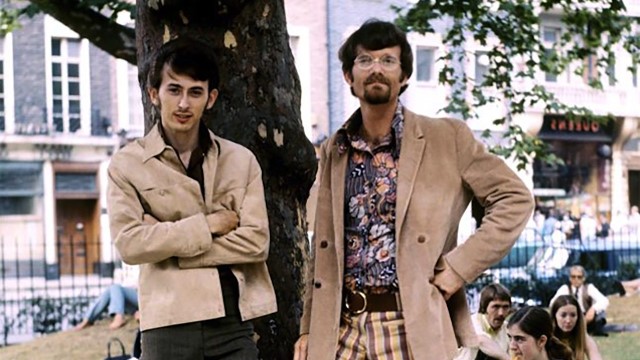