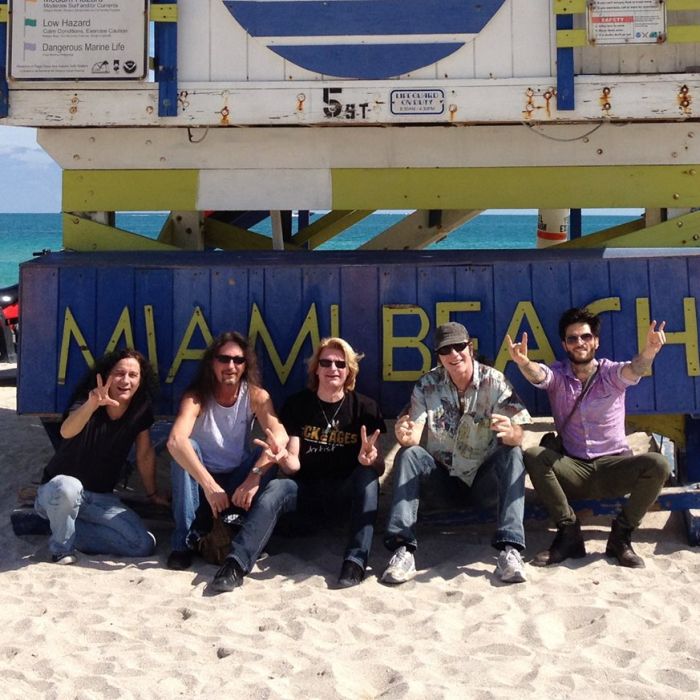 Victory is a German heavy metal and hard rock band from Hanover, most successful in the 1980s. With extensive tours and radio airplay, the band also made a breakthrough in North America.

Victory was formed in 1984 from the remnants of the band Fargo. Bassist Peter Knorn, the two guitarists Tommy Newton and John Lockton and drummer Bernie Van de Graaf had all previously worked together in that band. After originally working with singer Pedro Schemm, former Gary Moore- and Ted Nugent-singer Charlie Huhn became the band's singer. Recommended by Scorpions' guitarist Rudolph Schenker, the band sign a management deal with David Krebs (who managed, among others, Scorpions and Aerosmith).

A self-titled album appeared in 1985 on CBS Records to mild controversy because of the cover art: a scantily-dressed woman lying on her back with her legs spread, forming a V. The hype worked and the album made the charts. But before the first US tour, drummer Van de Graaf was replaced by Fritz Randow (ex-Eloy). Apart from playing 60 concerts, the band was also in the two largest festivals of the country, Day On The Green in Oakland before 60,000 and the Texxas Jam in front of over 80,000 spectators. After his return to Germany, John Lockton was replaced by the former Accept guitarist, Herman Frank.

With their second album Don't Get Mad... Get Even the band again toured through Europe and America and the single Check's In The Mail gave them a radio hit in the USA. The third album Hungry Hearts came out in 1987 leading to yet more European and North American live work. A concert in Hamburg was recorded for a live album, which appeared in 1988 under the title That's Live. After its release, Huhn left the band, in order to join Humble Pie. For his replacement the band auditioned, among others, later Thunderhead-frontman Ted Bullet, but eventually decided for a 22-year-old Swiss, Fernando Garcia.

The fourth album Culture Killed The Native achieved #19 in the German charts and also entered the charts in the USA again. A Europe tour as support for Gary Moore followed, before Victory started their first headline tour through America, as well as their first concert in Canada. Both Singles Never Satisfied and Don't Tell No Lies again received airplay on Radio and MTV. By 1990 a second studio album with Garcia was released: Temples Of Gold appeared in the top 20 in Germany and the first edition of it added a six song live EP, of recordings made in Los Angeles. An additional US-Tour followed, before 1992 the Album You Bought It You Name It was released.

Victory now ranked alongside Scorpions, Accept and Helloween as the most successful German band but announced their split in 1994 with the double live album Liveline. But two years later they returned with the new album Voiceprint. Frank was replaced by the new, then Los Angeles–based guitarist Jake Paland (who has also worked with PFL, Timo Maas and Jimmy Somerville amongst others), and Randow by Matthias Liebetruth (who some years later would play for Running Wild). The album's release was accompanied by an extensive tour and the single releases Deep Inside The World and Cyberia, of which the latter again received airplay on all major music-TV channels. Varying personal interests among the band members though led to the final dissolution for the band. 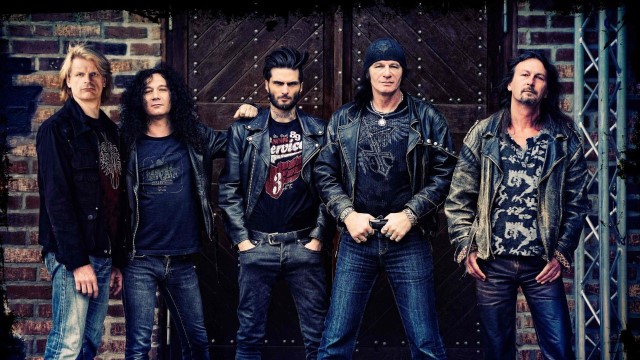