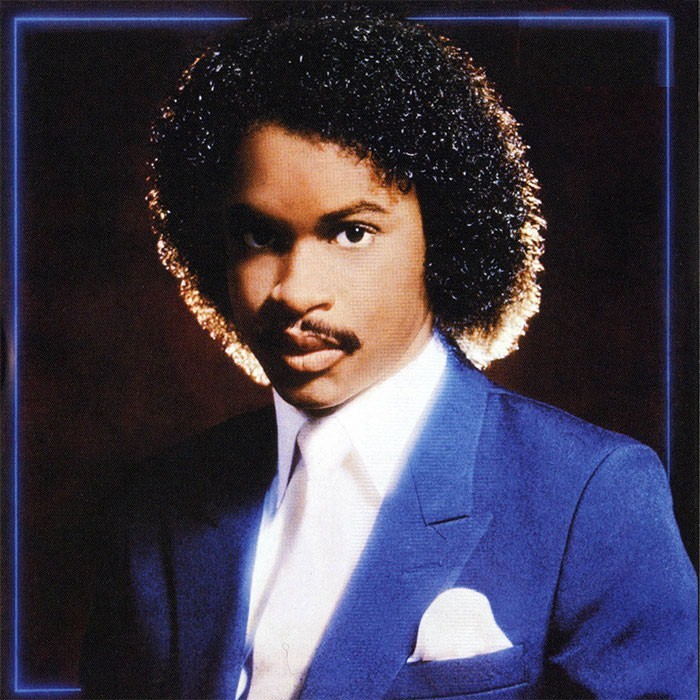 Roger Troutman - I Heard It Through the Grapevine
3 x

Roger Troutman - Do It Roger

Roger Troutman was an American singer, songwriter, producer and the lead vocalist of the band Zapp who helped spearhead the funk movement and heavily influenced west coast hip hop due to the scene's heavy sampling of his music over the years. Troutman was well known for his use of the talk box, a device that is connected to an instrument (frequently a keyboard) to create different vocal effects. Roger used a custom-made talkbox—the Electro Harmonix "Golden Throat," as well as a Yamaha DX100 FM synthesizer. As both lead singer of Zapp and in his subsequent solo releases, he scored a bevy of funk and R&B hits throughout the 1980s. In his later years, he was mostly known for singing the chorus to the hip-hop classic by Tupac Shakur, "California Love" and the Vice City Soundtrack, "More Bounce to the Ounce".
Born in Hamilton, Ohio, Roger was the fourth of ten children. He was a late-arriving member of Parliament-Funkadelic and played on the band's final Warner Brothers' album The Electric Spanking of War Babies. The first band Roger was in was THE CRUSADERS. The band played in Cincinnati and recorded a 45 record Busted Surfboard and Seminole. The band members were Rick Schoeny, Roy Beck, Dave Spitzmiller, and Denny Niebold. Troutman had formed various other bands with his four brothers, including Little Roger and the Vels and Roger and the Human Body. In 1977, he and the Human Body issued their first single, "Freedom". Within two years, Roger and his brothers were discovered by George Clinton, who signed the newly-christened Zapp to his Uncle Jam Records label in 1979. Zapp made their professional television debut on the first and only Funk Music Awards show. A year later, as Uncle Jam Records was forced to close, Zapp signed to Warner Bros. Records and released their self-titled debut, which yielded the Bootsy Collins produced & Troutman-composed hit, "More Bounce to the Ounce." The song peaked at number two on the Billboard Soul Singles chart in the fall of 1980. The debut album reached the top 20 of the Billboard 200 and firmly launched Zapp and Roger into the national spotlight.

Between 1980 and 1985, Zapp released gold-selling albums such as Zapp, Zapp II, Zapp III and New Zapp IV U and released top ten R&B hit singles such as "Be Alright", "Dance Floor", "I Can Make You Dance", "Heartbreaker", "It Doesn't Really Matter" - which was a tribute to black artists of the past and present, and the Charlie Wilson and Shirley Murdock-assisted funk ballad, "Computer Love". Zapp's hit making magic faded shortly after the release of their fifth album, Vibe, in 1989. The album would become the group's final studio album though they continued to release singles into the 1990s releasing the hits "Slow & Easy" and "Mega Medley", which put together a collection of the group's hit singles in a remix. Throughout Zapp's tenure, the original five-member lineup grew to around fifteen. Troutman also made a habit of producing solo efforts for Zapp band members and associated acts. In 1993, the group scored their biggest-selling album when a compilation album, Zapp & Roger: All the Greatest Hits, was released. Featuring remixed cuts of Roger's solo singles and featuring the "Mega Medley", the album sold over two million copies giving the collective their most successful album to date.
In 1981, upon the fast-paced success of Zapp's first album, Troutman cut his first solo album, The Many Facets of Roger. Featuring his frenetic funk cover of Marvin Gaye's "I Heard It Through the Grapevine", the song exploded to number one on the R&B singles chart helping the album sell over a million copies. The album also featured the hit, "So Ruff, So Tuff", which was similar to "More Bounce..." as were most Roger/Zapp singles during this time. In 1984, Troutman issued his second solo album, The Saga Continues, which featured the singles "Girl Cut It Out", "It's in the Mix" - which was dedicated to Soul Train and its host Don Cornelius in one verse, and a cover of Wilson Pickett's "In the Midnight Hour", which featured gospel group The Mighty Clouds of Joy. In 1987, Troutman scored his most successful solo album with Unlimited!, which featured the massive hit, "I Want to Be Your Man", which rose to number one R&B and number three on the Billboard Hot 100. In 1988, Troutman worked with Scritti Politti providing talk box vocals on the hit "Boom There She Was". Three years later, Troutman released his final solo album with Bridging the Gap, featuring the hit "Everybody (Get Up)". Alongside his successful careers as Zapp member and solo star, Troutman also became a hands-on producer and writer for other artists including Shirley Murdock, whose 1985 platinum debut featured the Roger-produced hit, "As We Lay". He also produced for Zapp member Dale DeGroat on his solo efforts. He worked with Elvis Costello as a guest appearance on 1991's Mighty Like a Rose on the song "The Other Side of Summer". In 1989, NBA Entertainment selected Troutman among a variety of renowned candidates to record a tribute song called "I'm So Happy" for Kareem Abdul-Jabbar, who at the time was in the final year of his record-breaking, 20-year career in the NBA.
After the release of All the Greatest Hits, Roger and Zapp were basically existing as a touring group only recording sporadically. Troutman was starting to be featured on hip-hop songs by this time agreeing to appear on rapper Snoop Dogg's 1993 debut, Doggystyle. In 1995 he was featured on Eazy-E's post-mortem album Str8 off tha Streetz of Muthaphukkin Compton on the last track Eternal E along with DJ Yella. The same year Troutman agreed to enlist vocals on 2Pac and Dr. Dre's single, "California Love". The song became Troutman's biggest-selling and most successful single to date as the song reached number one on the Billboard Hot 100 and sold over two million copies giving Troutman a Grammy nomination for Best Rap Performance by a Duo or Group. This success led to Troutman being included in a top ten R&B hit cover of The Persuaders' "Thin Line Between Love and Hate", which he produced and enlisted the talk box alongside Shirley Murdock and R&B group H-Town. The A Thin Line Between Love and Hate movie soundtrack also included a club hit "Chocolate City". In 1998, he appeared in a remix version of Sounds of Blackness' "Hold On (A Change Is Coming)," which sampled Zapp's "Doo-Wah Ditty (Blow That Thing)". Throughout the 1990s, Roger was promoted heavily by Timothy Olague Entertainment in shows at emerging Indian Casinos in Arizona and California. Troutman also had a career with Sounds of Blackness.
On the morning of April 25, 1999, Roger Troutman was found shot and critically wounded outside his northwest Dayton recording studio around 7 a.m. According to doctors, the 47-year-old had been shot several times in the torso and was in critical condition; he died during surgery at the local hospital, Good Samaritan Hospital and Health Center. Roger's brother Larry was found dead in a car a few blocks away with a single gunshot wound to the head. A pistol was found inside the vehicle, which matched the description of a car leaving the scene of Roger Troutman's shooting according to witnesses. The gun found with Larry Troutman also matched the one that fired the fatal shots into Roger, suggesting that Larry had shot Roger and then taken his own life. With both men dead, and with no known witnesses, the specific motive for the attack remains unknown. Friends and family could only speculate that the source of a dispute was a rising tension between the brothers over issues such as Larry's financial troubles and Roger's desire to dissolve their business partnership. 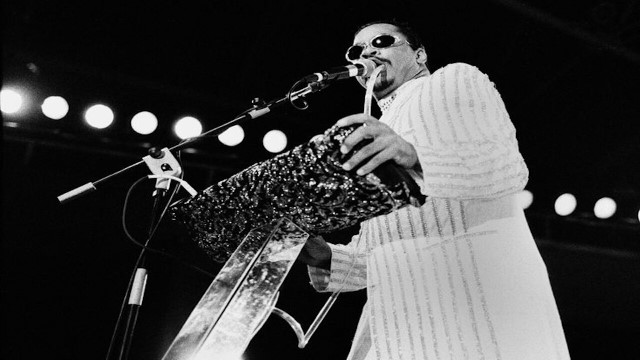 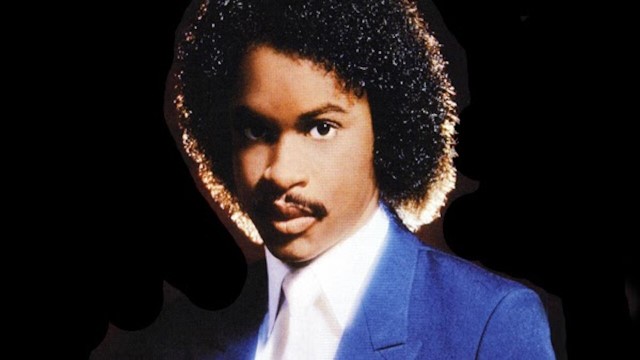 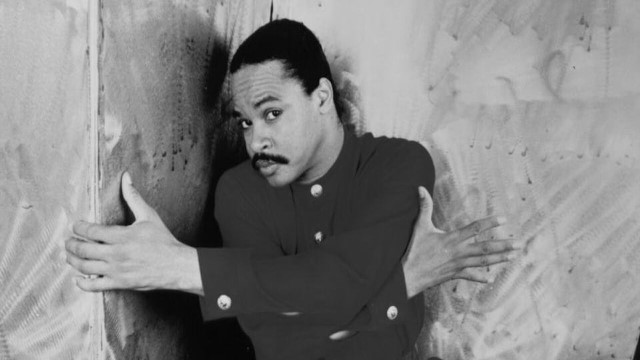