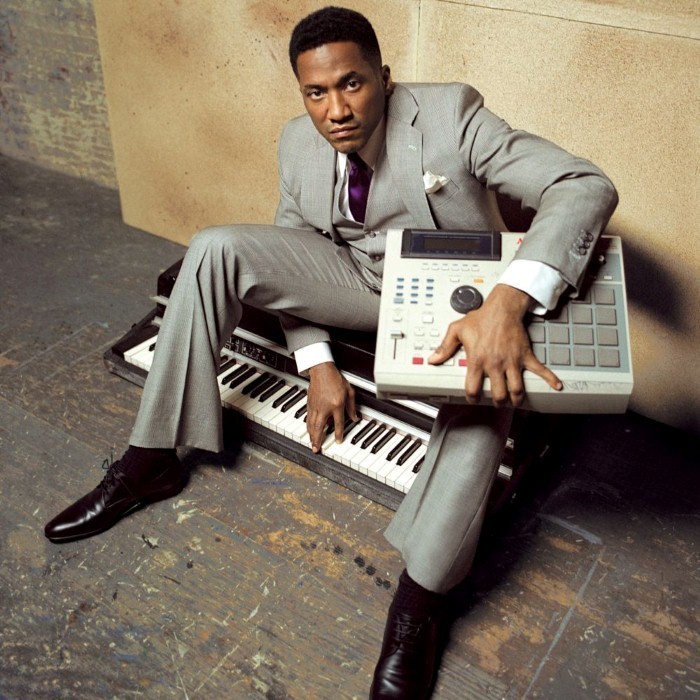 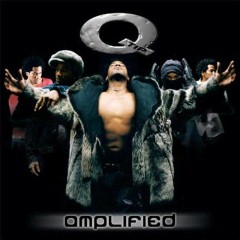 Kamaal Ibn John Fareed, better known by his stage name Q-Tip, is an American hip hop recording artist from St. Albans, Queens, New York, part of the critically acclaimed group A Tribe Called Quest. John Bush of Allmusic called him "the best rapper/producer in hip-hop history," while editors of About.com placed him on their list of the Top 50 Hip-Hop Producers, as well as placing him on their list of the Top 50 MCs of Our Time (1987–2007). In 2012, The Source ranked him #20 on their list of the Top 50 Lyricists of All Time.
Born Jonathan Davis on April 10, 1970 in Harlem, he converted to Islam in the mid-1990s, and changed his name to Kamaal Ibn John Fareed. He moved to St. Albans, Queens as a child. As referenced in the song "Check the Rhime", he mostly resided at Linden Boulevard. His father was from Montserrat, a British territory in the eastern Caribbean. His mother is an African-American from Alabama. His sister, Gwen, is eight years older than he is. He attended Murry Bergtraum High School in Manhattan, New York. According to Fareed, he was given his stage name by Afrika Baby Bam of Jungle Brothers, which he used as a replacement for his prior name, MC Love Child. He has also said that the Q in Q-Tip stands for Queens and he is often referred to as Tip, which later caused problems when a Southern rapper, now known as T.I., signed to Arista Records and attempted to use the stage name Tip, which was later shortened to T.I. to avoid confusion with his then-labelmate Q-Tip. Throughout his career, he also called himself "The Abstract". He said that one of the main people in his life that inspired him was his childhood friend, Mohammed Sead.
Q-Tip lives in Englewood Cliffs, New Jersey. He is the cousin of Consequence, who was featured heavily on Beats, Rhymes, and Life. According to a DNA analysis, he descended, mainly, from the Jola people of Guinea Bissau.
Q-Tip is a founding member of the critically acclaimed hip hop group A Tribe Called Quest, in 1985, together with his high school friends Phife Dawg, Ali Shaheed Muhammad and Jarobi White. The band signed to Jive Records and released five studio albums during its initial run. The band split up in 1998. A Tribe Called Quest reunited in 2006 and played a limited number of dates. The group was composed of its original lineup, including Q-Tip and occasional member Jarobi.
Q-Tip provided the rap element of the highly successful 1990 track "Groove Is in the Heart" performed by Deee-Lite, rapped on the 1994 Beastie Boys track "Get It Together", and on the 2005 Chemical Brothers track "Galvanize".

After the breakup of the group, Q-Tip pursued a solo career. His first solo singles, "Vivrant Thing" and "Breathe & Stop", were far more pop-oriented than anything he had done in A Tribe Called Quest, as was his solo debut LP for Arista Records, Amplified. His 2002 follow-up, Kamaal/The Abstract, although critically acclaimed and issued a catalog number, wasn't released at that time because the label believed that it did not have commercial appeal. Q-Tip featured on R.E.M.'s 2004 album Around the Sun during this period, with a rap on "The Outsiders".

His latest album The Renaissance was released on November 4, 2008, through Universal Motown and was nominated for Best Rap Album at the 2010 Grammys.
Kamaal/The Abstract was finally released on September 15, 2009, on Battery Records after being shelved for seven years.

Q-Tip is among a group of producers who were brought in by Kanye West to work on his fifth album, My Beautiful Dark Twisted Fantasy. He appeared in 2010 on Mark Ronson's album, Record Collection, on the song entitled "Bang Bang Bang" with MNDR, for which a video was released.

For Kanye West's and Jay-Z's collaborative album Watch The Throne he produced "That's My Bitch" and co-produced "Lift Off".

Q-Tip was the headliner at the 2011 Brooklyn Hip Hop Festival with a set called, 'Q-Tip and Friends'. Accompanying him on stage were Monie Love, Black Thought, Busta Rhymes, and Kanye West.
Q-Tip produced the first three A Tribe Called Quest albums almost entirely by himself, with the exception of contributions from Skeff Anselm ("Eight Million Stories", "Everything Is Fair") and Large Professor ("Keep It Rolling"). Q-Tip did production work as part of the production company The Ummah, alongside fellow Tribe member Ali Shaheed Muhammad and the late Slum Village member J Dilla. Outside of his work with Tribe, Q-Tip produced for such artists as Apache ("Gangsta Bitch", 1993), Nas ("One Love", from Illmatic, 1994), Mobb Deep ("Give up the Goods (Just Step)", "Temperature's Rising", and "Drink Away the Pain", from The Infamous, 1995) and R&B singers Mariah Carey ("Honey", from Butterfly, 1997) and Whitney Houston ("Fine", from Whitney: The Greatest Hits). He co-wrote and featured in Janet Jackson's song "Got 'til It's Gone" from the album The Velvet Rope in 1997. He co-produced jazz guitarist Kurt Rosenwinkel's 2003 release Heartcore. He is/has been involved with producing for Esperanza Spalding, Mary J. Blige, RZA, Wale, Asher Roth, Chiddy Bang, Melanie Fiona, Mark Ronson, Busta Rhymes, Beyoncé, Phife Dawg, D'Angelo, Questlove, Kanye West, Roc Marciano, and Jay-Z.
On March 18, 2013, Q-Tip was a Special Guest of Honor for the Foundation for Ethnic Understanding at the home of Def Jam Records Founder, Russell Simmons, who serves as Chairman of The Foundation. Q-Tip was invited by friend Ali Naqvi, who is a Trustee of the Foundation for Ethnic Understanding and Chairman of MindShare Ventures Group in New York City. Q-Tip received this invitation to be Special Guest of Honor, for being one of the most successful Muslim music artists and producers in the world.
Fareed regularly acts as a DJ, most notably at Santos Party House where he hosted a weekly residency called OPEN.
At Paper magazine's 2008 Nightlife Awards, OPEN was named "Best DJ Night" 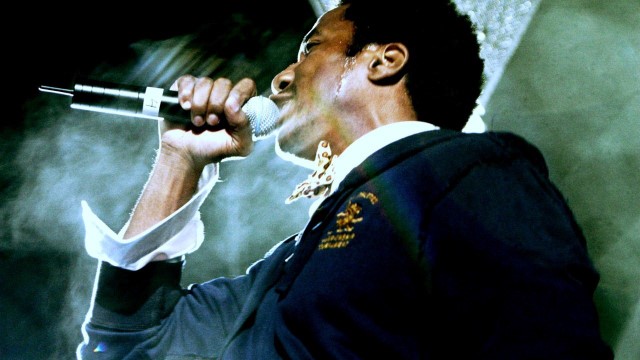 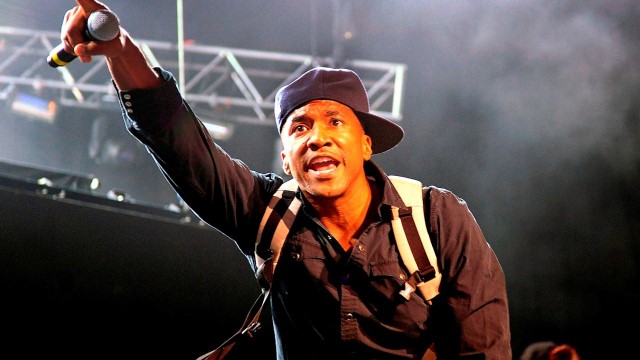 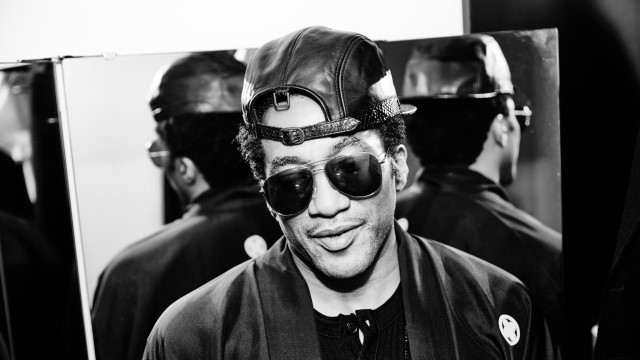