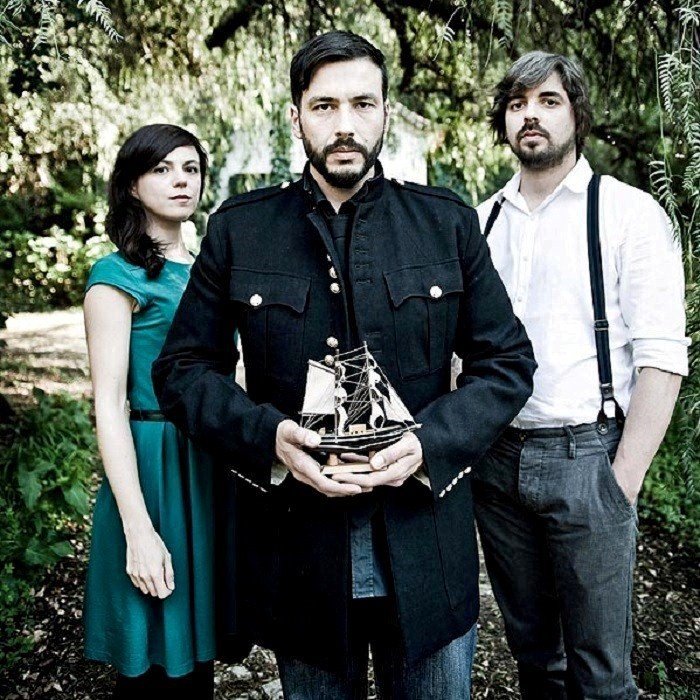 Dark as a folk spell, tender as the raging sea and tormented like the blues - the band’s description of their own music is - like their music - romantic, passionate, full of pain and rich of legends and saga’s. Names after a song of Beefheartian rock band dEUS, a Jigsaw is a refreshing face on the roots scene - modern Portuguese folk, bringing back the stories of the old with a passion for the blues and a gift for melody. The ‘Uncut'; in the title refers to the fact that the album is in fact, a new version of their third release ‘Like the Wolf’ - re-released because the first edition was sold out within three months. Having added two songs they left out on the original album, ’Like a Wolf, Uncut’ is a concept album, in the broadest sense of the definition. Rather than one word, one story, one sound, the fourteen songs - the fourteen chapters of the wolf - flow into one; they all fit in together, but take each song separately, and you’ll find just as much beauty.

A Jigsaw are Joao Rui, Susana Ribeiro and Jorri, a trio from the Portuguese capital of rock ‘n roll, Coimbra. Musically married since 1999, Belgian rock band dEUS made such an impression on the three multi-instrumentalists that they imitated their idea to use someone else’s song as a band name, and dEUS’ ‘Jigsaw You’ became a Jigsaw. Having released their first album From Underskin in 2004, the trio has since released Letters from the Boatman (2007), Like the Wolf (2009) and now, Like the Wolf, Uncut.

Despite being easiest to describe as passionate Portuguese folk & blues, their reasons to write and play were Nick Cave, the Pixies and violist Andrew Bird and you can hear this diversity coming back in their music. The raw, outspoken vocals, the legends based stories and each of them playing basically every single available instrument, ’Like the Wolf, Uncut’ is a rare find. They get their story telling from folk, the passion from blues and their song writing from all kinds of places, but it sounds neither like folk or blues - the only feeling that remains is, it’s just right. It all makes sense.

Like the Wolf, Uncut is a concept album in the most romantic and most unpretentious way - all songs are like brothers and sisters, but like brothers and sisters, do just as well on their own. Featuring the excellent Becky Lee Walters on ‘His Secret’ and ‘Return to Me’, both songs are a classic example of a Jigsaw’s use of rock melody, pop harmony and folk stories. As with title song ‘Like the Wolf’ and most other songs on this album, it’s all about perceiving reality, finding out about deception and the moment you can see through the lies of the world. The magic of the songs though is that, if you would set aside the lyrics, there’s a sense of hope. If you set aside words, there’s an instrument telling a story. If you set aside the music, there’s a poem waiting for you. A Jigsaw combine the best of all worlds and gets away with it - its sounds and songs are so coherent, at times it seems to be just one big song, broken up in fourteen little pieces.


The best way to truly get the picture of a Jigsaw is to get your hands on a copy of Like the Wolf Uncut - despite the fact that songs like ‘My Blood‘, ‘His Secret’ and ‘Six Blind Days’ are little classics on their own, there is something magical about the album as a whole. The band stated that seeing them live will give you another insight in their music, another heart in the songs. And that is essentially the beauty of this music - it sounds different, refreshing and new every time you listen to it.

Seeing through the eyes of the world might have been the central theme, darkness might have been the sound, there is still something uplifting about a Jigsaw. Maybe it’s the fact it sounds as natural as the folk Alan Lomax recorded in the early days of popular music, maybe it’s because they are just really good at what they’re doing. ‘A man and its instrument, telling a story through the means of music‘ is how they called it. They couldn't have said it any better - that is exactly what a Jigsaw stands for. 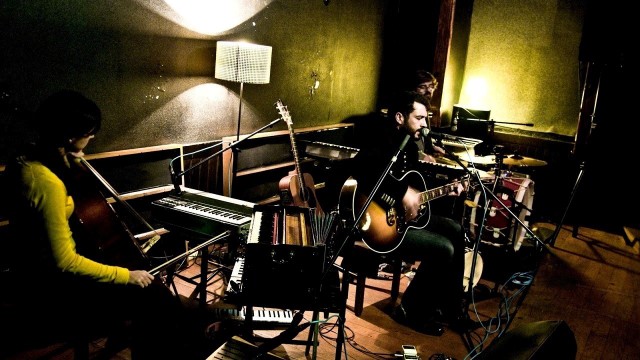 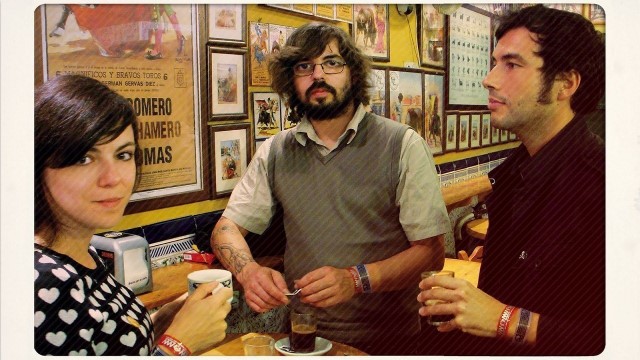