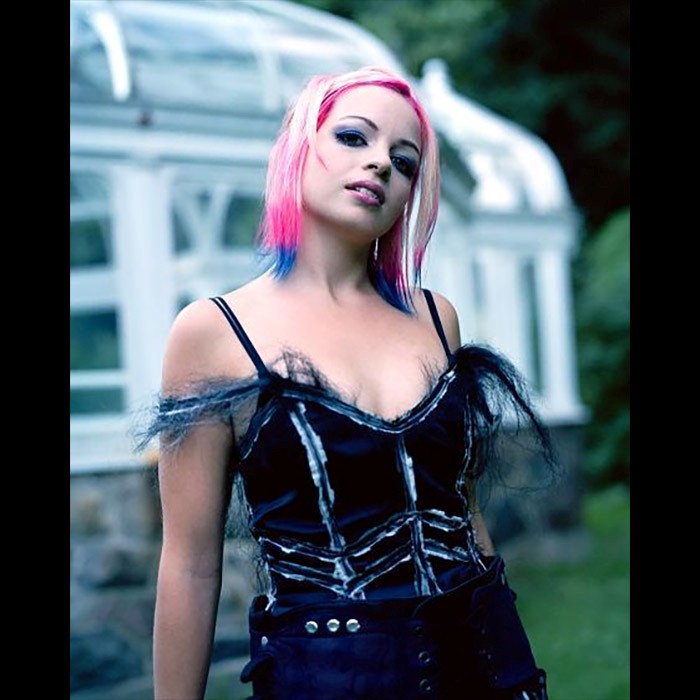 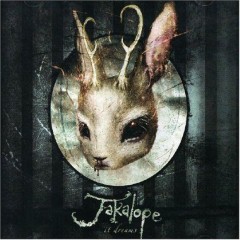 Jakalope caught a lot of people off-guard when producer Dave Ogilvie rolled out his industrial pop hybrid back in 2004. Although the producer is a soft-spoken gentleman and father in real life, his work nonetheless precedes him, instilling a subtle sense of trepidation in anyone who's perused a CV that includes Skinny Puppy, Ministry, Nine Inch Nails, and Marilyn Manson among others... who knew that the Vancouver-based studio-boffin was as much a sucker for a good pop song as he was an architect of some of the darkest, fin-de-millennium sonic nightmare-scapes to infect popular culture since avant-gardists like Throbbing Gristle gave up trying? "There's a Michael Jackson influence," confesses the producer/composer/musician with a gentle chuckle, about the third Jakalope album. "I made a conscious effort to look into the type of stuff I enjoy, so there's a very heavy Jackson-factor in there, as well as a bit of a Donna Summer-thing going on." It's one of the tastier ironies of Ogilvie's catalogue that the pulsating influence of Donna Summer's disco-synth svengali Giorgio Moroder is already felt in some of the more outré work he's done in the past - albeit shrouded in night terrors - but it's also no surprise. "Moroder's stuff was very influential in everybody's world," he says, "but especially for me, with Moroder being the first to do a lot of electronic stuff. I always had a very weak spot for that, and loved to be able to emulate that in any way. In the past with Jakalope I was trying to really stick to an industrial rock vein, but I'm trying to let it flow a little more with this album, and applying those influences." If Jakalope's first two albums established a bubblegum meets sheet-metal blueprint for the enterprise, Things That Go Jump In The Night is a graduation into something a little more substantial, and a little less brazen in its effort to make itself heard. As Ogilvie notes, he's letting the music "flow", which means that Things That Go Jump In The Night has to some extent designed itself, taking Ogilvie and his cohorts to a slinkier place than Jakalope has occupied before. There's at least one very good reason for the neon-lit and smoke-infused feel of the new material, or, as Ogilvie has it, "the lush, multi-dimensional sound." "These songs are really written with a lot more attention to the character of Chrystal's voice," he explains. "It's a lot more mature, I think. That's one of the things for me - the writing, performance and style has a whole new level of maturity, where before it was simple pop songs with simple vocals." Chrystal Leigh is Ogilvie's newest muse, now that Katie B. has amicably moved on from her two-album collaboration with Jakalope. Ogilvie came across Leigh when he was petitioning friends and colleagues to find him the new voice. The Vancouverite aced her audition. "I was blown away by her personality, her voice, and the fact that she's a piano player," recounts Ogilvie, before dishing, "I was dying to have someone to collaborate with, who actually is a musician and not just a singer." The results of their partnership? It's anointed Jakalope with a Nancy-and-Lee or Serge-and-Jane vibe; adult, knowing, and altogether smoother than the boisterous dance moves of It Dreams and Born 4. Ogilvie had Leigh inaugurate the new Jakalope with a reverent cover of Julee Cruise's "Falling", which turned out every inch as celestial and haunting as the original. But it's the Ogilvie/Leigh compositions that ultimately convince, be it "Magnolia" where an uplifting tempo juxtaposes the haunting lyrics, the boom box and B-movie organ laced "Cupcake", which suggests a goth Gwen Stefani, or the gorgeous "Last Song Tonight", which gives Ogilvie the chance to exercise his inner-John Barry with a tense string part emerging from a platter of schizoid, Aphex Twin percussive signals and rubbery bass. Throughout these tracks, Leigh establishes herself, unequivocally, as the new voice. "I've always been drawn towards Dave's work and it's nice to finally collaborate with someone I respect and inspires me. If there's one thing Jakalope was missing was a chemistry between music and vocals and I'm excited to be that new voice." Says Leigh. Jakalope has consequently taken an exponential leap forward, giving Ogilvie what he always wanted - an equality between its male and female principles. "Look at my discography and there's a lot of women I worked with," he says. "And I always loved seeing passionate female performers, and it's really something I think we've been lacking." "Joni Mitchell was one of my early influences," Ogilvie continues, no doubt much to the surprise of any aging rivet-heads who grew up with Too Dark Park in constant rotation, "with just the power of what she was saying - it spoke to me very deeply. Seeing someone like Shirley Manson, from her onset to what she became, I just always loved to be able to see how someone with such a small demeanor in person can have such control of an audience. I just really, really enjoy that..." Which brings us to Chrystal. "The big thing I've always stressed," he concludes, "is that when people see someone on stage, they want to be that person. You don't want the person on stage to be part of the crowd, and Chrystal definitely stands out and is not part of the crowd. I'm so excited to be involved with that. She's someone who takes the reins in her hands and is like, 'Let me take control...'"