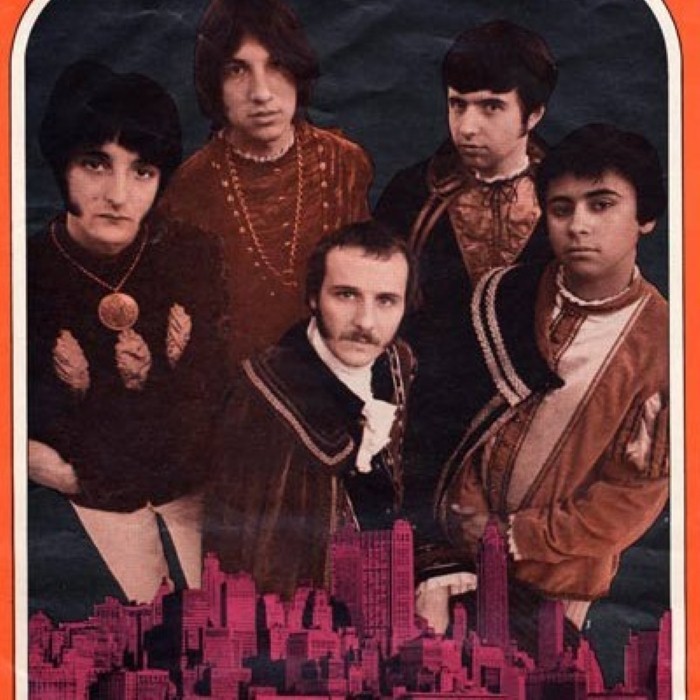 H.P. Lovecraft was an American psychedelic rock group of the 1960s and 1970s who took their name from the famous horror writer Howard Phillips Lovecraft.

The rock band fashioned a hybrid of acid-folk-rock and oddly striking vocal harmonies from two contrasting sources. Founder George Edwards had been a folk troubadour in Chicago, California and Florida, whose repertoire included covers of The Beatles’ “Norwegian Wood” and Bob Dylan’s “Quit Your Low Down Ways”, as well as early songs by Fred Neil and Terry Callier, with both of whom he played in clubs. Vocalist/keyboard player Dave Michaels, who had previously played in jazz groups with David Sanborn, boasted a classical training and a four-octave range.

After covering Chip Taylor’s “Any Way That You Want Me” with members of Chicago band The Rovin’ Kind , Edwards and Michaels became the creative force behind the group. After getting clearance for use of the writer’s name from his executors, they recruited Tony Cavallari (lead guitar), Mike Tegza (drums) and Jerry McGeorge (bass), and a debut album for Philips, H. P. Lovecraft, soon followed.

Featuring a nine-piece orchestra, it juxtaposed covers such as Dino Valente’s hippie anthem “Get Together” and the early Randy Newman ballad “I’ve Been Wrong Before”, with band-written songs including the jazzy “That’s How Much I Love You (More Or Less)” and vaudeville psychedelia in “The Time Machine”. A musical tribute to their novelist namesake, based on his short story “The White Ship”, was drenched in hallucinatory harmonies, droning feedback, baroque harpsichord passages and the chiming of a genuine 1811 ship’s bell.

The band’s sound was distinguished by the dual lead vocals of Edwards and Michaels—influenced by Fred Neil’s earlier work with Vince Martin—the intricate organ and harpsichord work of Michaels, and the propulsive drumming of Tegza. Several of their songs attempted to communicate the eerie atmosphere of the writings of their namesake. Their power and imagination as a live group can be heard on Live at the Fillmore: May 11, 1968, recorded after McGeorge had been replaced by Jeffrey Boyan, and issued in the 1990s.

A second studio album, H. P. Lovecraft II, followed. Although recorded with the band in some disarray, it successfully developed their musical approach and stands as an exemplar of acid rock of the period. Many of the psychedelic effects were apparently created by engineer Chris Huston, previously of Merseybeat band The Undertakers. The album included another song based on a Lovecraft short story, “At the Mountains of Madness,” as well as a contribution from voice artist Ken Nordine on the track “Nothing’s Boy”, and songs by Terry Callier and others.

In late 1968, Michaels decided to leave the band to return to university, and H. P. Lovecraft effectively collapsed. A spin-off group, Lovecraft, reformed in the 1970s with Edwards and Tegza from the original line-up, but Edwards very soon left. The group released two more poorly-regarded albums, but had little connection to the first incarnation of the band.

Edwards has subsequently played in folk clubs as Ethan Kenning, occasionally reuniting with Michaels who also performs as David Miotke.