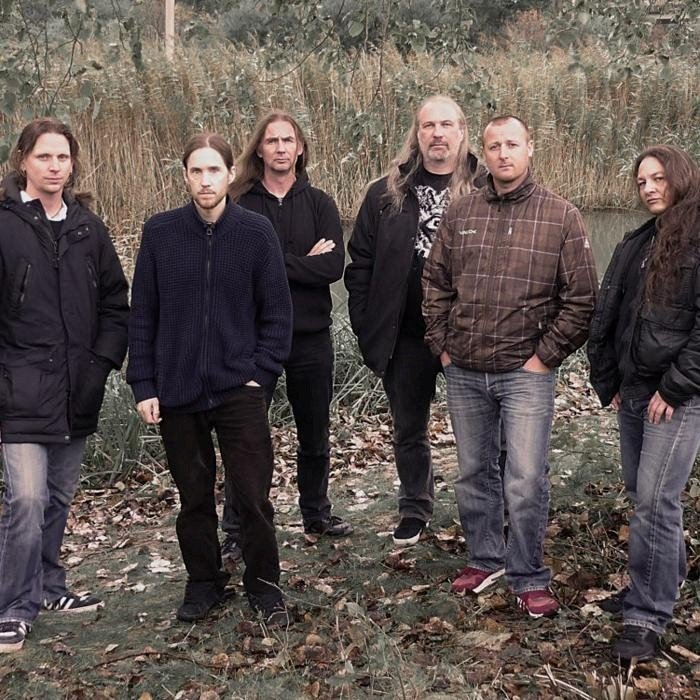 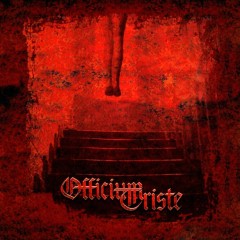 The roots of Officium Triste go back to the early nineties when Martin and Johan decided to form a metal band. The name of this band was Reïncremated. The last line-up of this band decided to quit and reform under a new moniker with a different musical approach; that was in the spring of 1994.

The new moniker became Officium Triste and musically they started to compose heavy and melodic doom metal. The start of Officium Triste went pretty smooth and new songs were composed quite fast. This resulted in the decision to record a demo. This demo was recorded in the summer of 1994 at the Elektra in Sliedrecht on the 4th and 5th of August. The recordings were low-budget, using a 4-tracker.

This recording-session resulted in the “Demo ‘94” with 3 songs and an intro on it. The reactions from the underground scene were very good and eventually all 200 copies were sold out. The music on this demo resulted in a deal with a label called Fuck You Records for a 7” EP. Officium Triste entered the Excess-studio in Rotterdam on 19 and 20 February 1995 to record 2 new songs and an intro.

Due to the incapability and “supposedly” lack of money the label didn’t do anything. So, after a year of delay, the band decided to release the EP by themselves. Vocalist Pim started Weeping Willow Records and released the EP “Mountains of Depressiveness” pressed on red vinyl limited to 500 copies in the summer of 1996. In between bass player Maarten left the band in the summer of 1995, being replaced by Johan. Although the recordings were over a year old, the reactions within the scene were very good.

This resulted in a deal with Dutch underground label Teutonic Existence Records for a CD. The band entered Excess studio again to record the CD in December 1996. They recorded 5 new songs and re-recorded 2 songs of the demo and one of the EP in slightly different versions. In February 1997 the recording-sessions were done and the CD “Ne Vivam” was released late April.

Also 1 track was delivered for an all-Dutch compilation CD to be released by Moonlight records from Germany. This compilation was supposed to hit the scene early 1996 featuring bands like Orphanage, Callenish Circle and Asraï amongst others, but until now nothing has happened and it seems this compilation will never see the light of day since Oliver Kraupa of Moonlight is just a major rip-off.

Officium Triste also got more gigs that went very well. The absolute highlight to date has to be the support for Anathema at the great Noorderligt venue in Tilburg, Holland in May 1997.

The next recording Officium Triste made, were three new tracks (again using Excess studio) for a split MCD release with Cold Mourning from Monterey, California, USA. This MCD was also released through Weeping Willow Records, containing two songs by each band. Officium Triste were also featured on a compilation CD released by Innocent Record Productions from Holland. The track featured is “Dreams of Sorrow” of the “Ne Vivam” album. This compilation didn’t receive much attention, and the bands featured aren’t special, therefore we consider it as being a not-so-important release in the band history.

At this point of time (September 1998) some irritation between the band-members led to the decision to quit the band. However, they didn’t want to leave unnoticed, so a successful goodbye-gig, again supporting Anathema, was done in their hometown Rotterdam at Baroeg.

They also decided to release one more CD-single to say goodbye. This CD contained ‘left-overs’ from the last two recording sessions: “Roses on my Grave” was never released before and was recorded at the same time as the songs for the split-MCD and “Headstone” was a cover song, recorded during the “Ne Vivam” session, from the underrated English band Chorus of Ruin.

In the meanwhile Martin, Johan and Pim decided to continue, creating a new band, XI:LIX [ a.k.a. Eleven Fiftynine a.k.a. 11:59 ] A new guitarist, also named Johan, was recruited and they started working on new songs. After seven months the members of Officium Triste decided to meet in the pub to have a drink for old-times sake and soon they realised the decision they made was wrong. So Officium Triste reformed and Johan the new guitarist was also taken in the line-up, leading to a line-up featuring 3 guitarists.

In January 2000 O.T. recorded two new songs, “Pathway of Broken Glass” and “Divinity” for a promo. The song “Roses on my Grave” is also included on this disc. This promo was send to labels for a possible deal. During April 2000 ‘new man’ Johan decided he wanted to quit due to lack of time.

July 2000 we parted ways with bass-player Johan. We felt the “co-operation” between him and the rest of the band wasn’t anymore what it used to be. We found a replacement in Lawrence, who is gonna handle the bass. He has a musical background playing guitar in Death Sentence and drums for Liar of Golgotha.

The release of the promo lead to a 2 album deal with Displeased records from Holland. We entered Valvesound studios in Schiedam, Holland in april 2001 to record our second full-length album. In 10 days we recorded and mixed the album which is called “The Pathway”. This album contains 7 songs. In the meanwhile we did some gigs with the new line-up. In october 2001 the album “The Pathway” was released as well as a re-issue of our self-financed “Goodbye” MiniCD “Roses on my Grave”. This time as a limited 7”EP with a slightly different cover.

After the release of “The Pathway” Officium Triste did a number of gigs of which the support slot for Candlemass in 013 Tilburg and the appearance on the Doom Shall Rise festival were highlights in the history of Officium Triste. The band also started working on new material for their third album (the second for Displeased) and because the band was not that fond of the production of “The Pathway” anymore they decided to record the next album in their own studio “El Pato” run by guitarist Johan. The band demoed a song and Displeased gave green light to record the next album at “El Pato”. During December 2003 and March 2004 they recorded the 5-track album “Reason” which led to great reviews worldwide. Currently the new album is promoting by doing lots of shows 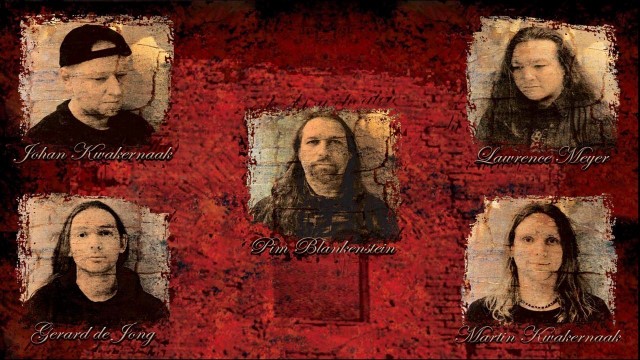 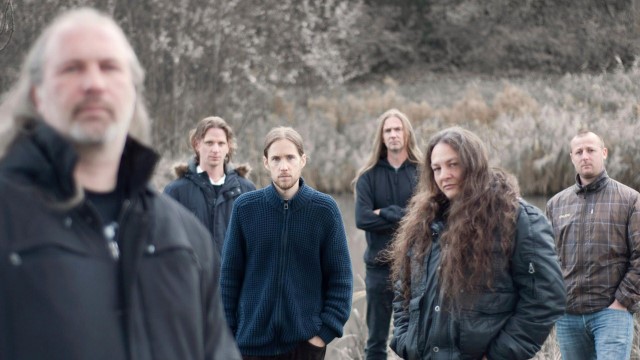