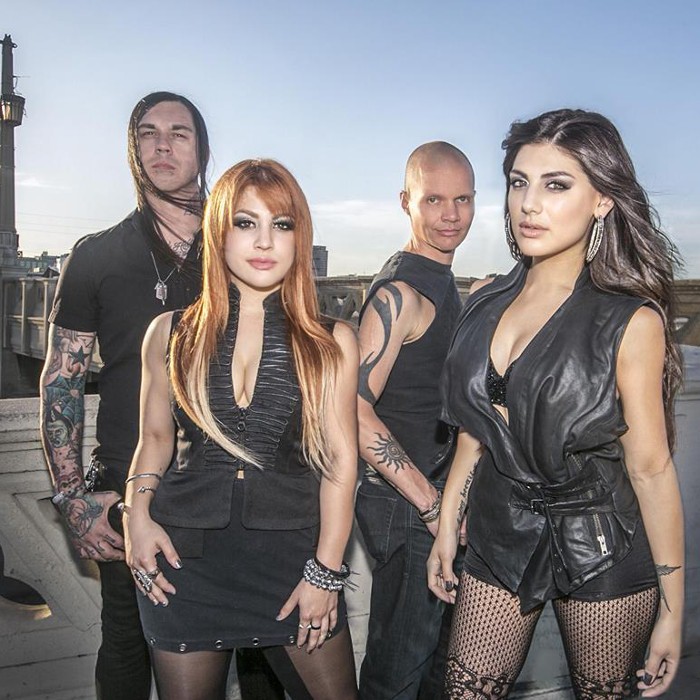 Valora - Official Website, facebook. Valora - I Waited For You (Official Music Video) Moments into Valora's Hollywood Records debut album, "I Waited for You," it hits home, singer Syd Duran is the real deal. Throughout the album's 11 tracks, Syd sings with fearsome conviction, summoning all the just powers of rock into her three-octave range. But Syd is about more than technique or stage presence. She has stories to tell: stories about isolation and betrayal, of misbegotten love and life out of whack. As the album shows, her rock vocal chops would mean nothing if Syd didn't sing from the heart. "I didn't want to write a feel-good record," she says. "You don't always feel good. For the most part, in life you're getting over something." "I Waited for You" was produced by Grammy-nominated Johnny K (Disturbed, Finger 11) and mixed by Neil Avron (Fallout Boy, Linkin Park.) It's simple and raw - no horns, no synths, no auto-tuned perfection. "The main thing Johnny had to understand about Valora was the feeling I want people to get when they hear my voice," Syd says. "I needed to find a producer that valued vocals as much as I do." The album opens with the savagely indignant "I Waited For You," a song Syd co-wrote a few years ago, and which drew early attention to the band. "I'm really proud of it," she says. "I wrote it right out of high school." Other songs, like "Extreme" ("All the girls think I'm a bit psycho/ Maybe I am but that's the way I roll"), "Live" and "Forgotten," sustain the disequilibrium. The latter track, about a nasty break-up, was co-written with Kara DioGuardi, who applied some artistic tough love on Syd to get the best out of her during the writing process. "I'm a very introverted person," Syd says, "but Kara demanded I tell her about everything that was hurting me. "She said, 'I can tell you're kind of a bitch.' She got a lot more out of me than I was prepared to share. The end result was 'Forgotten.'" Upbeat tracks like "You Make It Ok," "No Matter What" and the DioGuardi-co-penned "I Like What You're Doing" flirt with sense of respite, but Valora keeps the mood edgy, off balance and always rocking. "Life Hungover" (co-written with the powerhouse team of Antonina Armato and Tim James) delves into the impact of a sober life (think double-entendre), while "Irreversible" is a devastating memorial to a friend who took her own life. Notes Syd of the song, "You never get to say what you wanted, how much they meant to you, until it's too late." The album closes with "Summer Stay," one of Syd's favorites, in part due to its lush Queen-like chord progression. Musically, Valora could be considered fans of hard rock bands such as Muse and Foo Fighters, but within the band's style flows an expanse of rock influences. "My favorite bands center around a great vocalist," Syd says. "Any band that has a killer front person, I'm gonna be interested."   A California native, Syd grew up in Uptown Whittier. Though she started taking voice and guitar lessons around age 11, it was much earlier when she first knew music was her destiny. At age 5, she heard the National Anthem sung at a Dodger game, and that was it. But having a direction didn't mean she had an easy time of it. "I was different," she says. "Being an outsider made me a little lonely, but that's what made me what I am now." She wasn't one of the cool kids, but she began writing and playing some cool rock 'n' roll with a chosen few who understood her. Musically, Syd's influences spanned genres and generations, including gospel singer Yolanda Adams, Jack White, Janis Joplin, Chrissie Hynde, Jeff Buckley and Muse. On stage, Syd notes, "I liked to channel flamboyant male artists. I like Iggy Pop and Chris Robinson. Both have that seductive, intriguing side of a woman coupled with the strength and power that's traditionally thought of as male." She and her band began knocking on music industry doors, and eventually some of them opened. For a paltry $500, an early incarnation of Valora snuck into Whittier High after hours and shot their own DIY video for "I Waited For You," which intrigued Hollywood Records execs. Cut to Syd paying a visit to the label. "I was asked to play one of my songs for them right then and there," she recalls. "All I had was this out-of-tune guitar, but it was one of those 'no turning back' moments. I walked out with a record deal." Around the time Syd launched into recording the album, Ahmet Zappa and his Monsterfoot Productions created a graphic novel based on the heroic female character "Valora," as envisioned by Syd. The first three chapters have been made into videos, telling the story against a soundtrack of Valora's music. "Ahmet liked the record and was inspired to do the novel," Syd recalls. "What intrigued him is that Valora wasn't just a name of a band, it was this character, a kick-ass girl who saves people. Having these great visuals like the graphic novel and motion capture videos is another cool way for people to discover who Valora is." With the album completed, Valora is ready to hit the road. The band has been playing shows across Southern California, making friends and prepping for big things to come. But nothing bigger than anything Syd envisioned for herself a long time ago. "I have never been afraid to be on a stage in front of people," says Syd. "It goes back to being the outcast. I'm saying 'If you come to one of my shows, I'm the entertainment.' I don't ever hold back." # # # 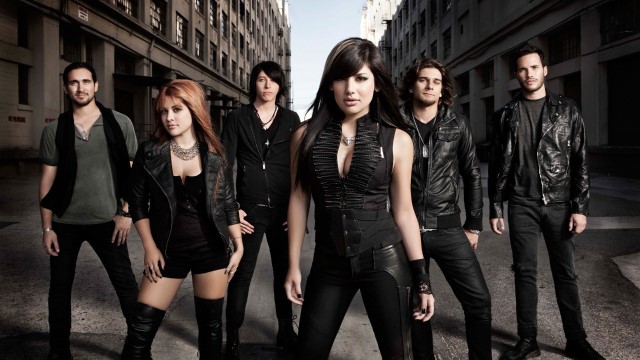