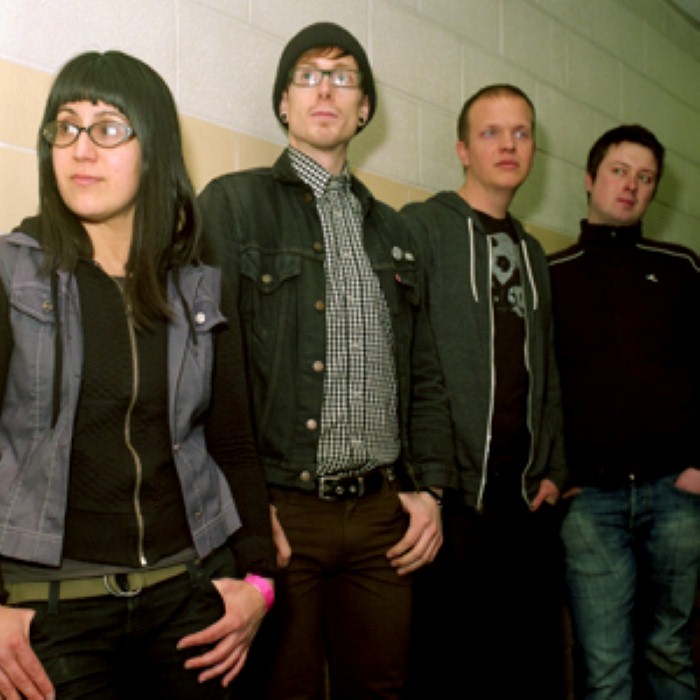 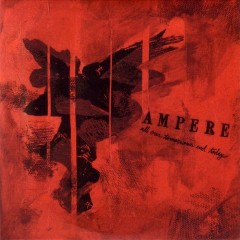 There are two music projects under the name Ampere. One is a DIY punk band. The second is an atmospheric music project. 1. Ampere is a diy punk band based in Amherst, Massachusetts in 2002 known for their short (10-15 minutes) but extremely loud and intense live shows. The band has put the importance of DIY punk ethics at the forefront of their lyrics and are known for the particular attention they bring to their vegan principles. The members of the bands have been involved in the DIY punk scene for a number of years with the most notable being guitarist Will Killingsworth, who played guitar in Orchid, Laceration and Bucket Full of Teeth and who continues to run his Clean Plate record label and Dead Air recording studio where the band records all of their music. He is also currently in the hardcore "super group" Failures. Drummer Andy Skelly played drums in both The Last 40 Seconds and Wolves, Stephen's previous bands were montcalm, The Last 40 Seconds and 175 Grams. He currently also plays guitar in self-destructive supergroup Aerosols featuring members of Wasteland, Cut Up and Northern Aggression. He also briefly ran Distort, an independent record store in Northampton, Massachusetts (May '06 - December '06). Meghan played bass in Unicoroner and sang in Stop the Clock and Relics on their first 7-inch and split 7-inch with Furnace. Much like Orchid, Ampere (especially earlier albums such as All Our Tomorrows End Today ) often borrow some of their lyrics from philosophers and revolutionaries such as Guy Debord. They have preserved some of the "intellectual" punk seen in bands like Orchid, Sinaloa, Native Nod, Current, and others. In all of their endeavors, Ampere has persisted in their commitment to intellect, art, and sincerity. The band actively tour in the US and recently completed a tour of Europe with Sinaloa in March 2006. A split record on Ebullition Records between the two bands was released in time for the tour, along with a 7" of their early recordings and a four-way split 11" with Death to Tyrants, Wasteland and Daniel Striped Tiger which was recorded live at Dead Air. Since then, a split 12" comprised completely of cover songs was released with Das Oath. 2007 was a productive year for the band, encompassing a brief Japanese tour as well as three new split records; a 6-inch with Ringers on No Idea Records, which, after the first press was re-released as a 7-inch (both versions of the record came with limited runs of t-shirts featuring the album art), a 9-inch with Funeral Diner put out jointly by Clean Plate and The Electric Human Project (this release included intricate etchings between the grooves), and a 7-inch picture disk with France's Daïtro on Clean Plate / purepainsugar. In 2008, an Australian-tour-only split 7-inch with Off Minor was released. Both bands contributed a previously released but compilation-exclusive song from an Animal Rights benefit CD on Exotic Fever. It is Ampere's most limited release to date (aside from the cassette format of the demo tape) at a scant 300 copies. Each band took 150 for their respective jaunts down under and made different packaging. In June 2011 the band's first LP titled Like Shadows will be released on No Idea Records. Members: Will Killingsworth, Andy Skelly, Meghan Minior, Stephen Pierce. • Demo Tape 7" (2002) • Split w/ Wolves 7" (2003) • All Our Tomorrows End Today 10"/3" (2004) • Split w/ Welcome the Plague Year 5" (2005) • Split w/ Death to Tyrants, Wasteland, Daniel Striped Tiger 11" (2006) • Split w/ Sinaloa (2006) • Split w/ Das Oath (2006) • Split w/ Daïtro 7'" (2007) • Split w/ Ringers 6"/7" (2007) • Split w/ Funeral Diner 9" (2007) • Keep Singing! A Benefit Compilation for Compassion Over Killing (2008) • The First Five Years (2008) • Split w/ Off Minor 7" (2008) • Like Shadows (2011) 2. Ampere (originally named AMP) is a single piece atmospheric music project run by T.W. O'Bryant from the town of Shindler Oklahoma. This project has released two demos. In May 2014, the demos were combined with a few extra tracks into one compilation album clocking in at over an hour long. DISCOGRAPHY: 1. Nihil demo- released 2013 2. Shadows in the Sky/Illusions in the Mist demo- released 2013 3. The Ampere Demos compilation- released 2014