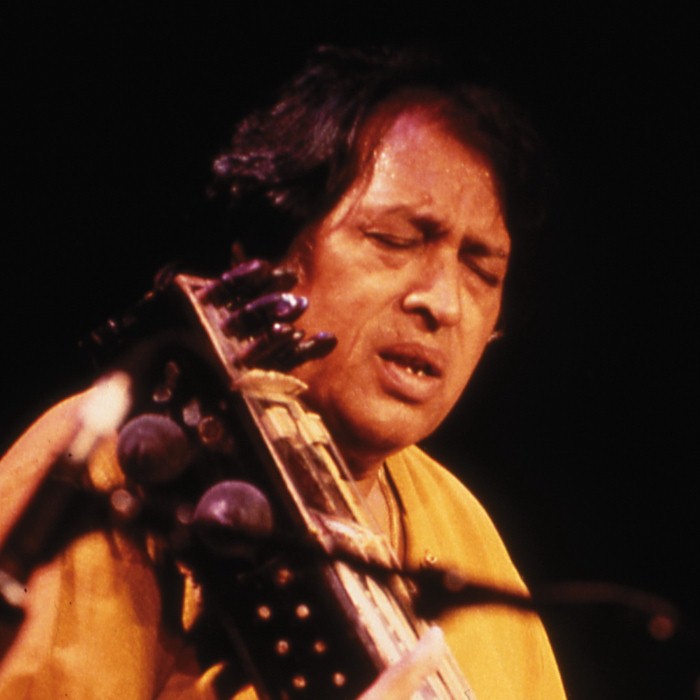 Ustad Sultan Khan (15 April 1940 – 27 November 2011) was an Indian sarangi player and Classical vocalist belonging to Indore Gharana. He was one of the members of the Indian fusion group Tabla Beat Science, with Zakir Hussain and Bill Laswell. He was awarded the Padma Bhushan, India's third highest civilian honor, in 2010.
Emotional depth, virtuosic instrumental skills, and a passion for melody have been combined through the music of sarangi player Sultan Khan. Taught the rudiments of the sarangi by his father, Ustad Gulab Khan, Khan has continue to evolve as an instrumentalist. Performing his debut concert at the age of 11 at the All-Indian Conferences, Khan is a two-time winner of the prestigious Sangeet Natya Academy Award. He also received the gold medal award of Moharashtra and an American Academy of Artists award in 1998. Attracting international attention when he accompanied Ravi Shankar on George Harrison's Dark Horse tour in 1974, Khan has featured on the soundtracks of Gandhi and In Custody. In 1997, Khan performed at Prince Charles' 50th birthday celebration.