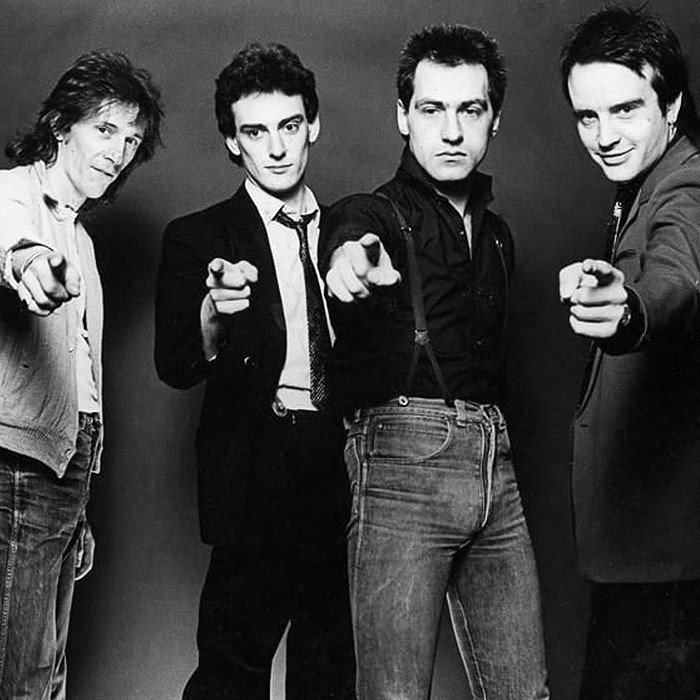 The Ruts were a punk rock band from London, UK of the late 70s, early 80s. Combining straightforward beefy Punk tracks, such as Babylon Is Burning and In A Rut with dub reggae classics like Give Youth A Chance and Jah War, they were most similar to The Clash in terms of stance and influence, walking the walk and talking the talk. After meeting at the Deeply Vale Free Festival, The Ruts were formed on 18 August, 1977, the band consisted of Malcolm Owen (vocals), Paul Fox (guitar), John "Segs" Jennings (bass) and Dave Ruffy (drums). As part of the Misty in Roots People Unite collective based in Southall, west London, the band were active in anti-racist causes and played a number of benefits for Rock Against Racism. On 11 February 1980, the band returned to a BBC studio for their third Peel session, two tracks of which - "Demolition Dancing" and "Secret Soldiers" - later appeared on Virgin's posthumous Grin & Bear It album. By this time singer Malcolm Owen was suffering with health problems; a combination of sore throats and a heroin addiction. A UK tour was arranged, the 'Back to Blighty' tour, but a number of dates had to be cancelled due to Owen's condition. What turned out to be the last Ruts gig with Malcolm took place at Plymouth Polytechnic on 26 February 1980. Many of the Ruts best gigs were RAR (Rock Against Racism) gigs with Misty In Roots, and Jah War was written in response to the Southall Riots where the police attacked the Anti-Nazi League that were protesting a National Front march through the predominantly British Indian Southall area. The Ruts, in their attitude, politics and music were truly representative of the best Punk had to offer. Sadly we were never to discover how they would develop as Malcom Owen, their charismatic front man, died of a heroin overdose in 1980, aged 26.