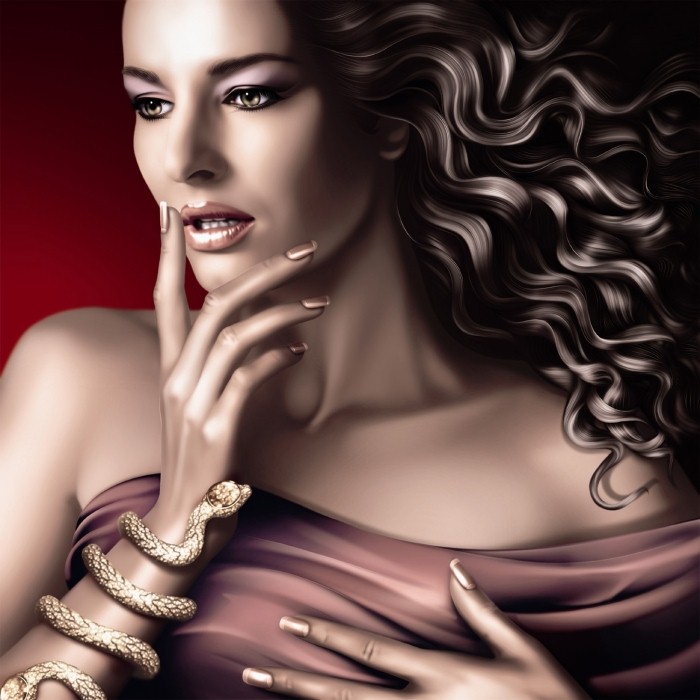 Foretold in the Language of Dreams (2002) 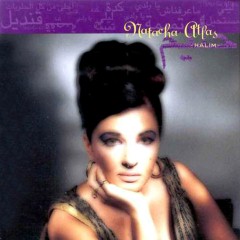 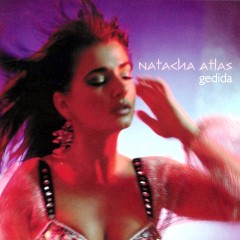 Natacha Atlas is a Belgian singer known for her fusion of Arabic and Western electronic music, particularly hip-hop. She once termed her music "cha'abi moderne" (modern popular music). Her music has been influenced by many styles including Arabic, hip hop, drum 'n' bass and reggae. Atlas began her career as part of the world fusion group Transglobal Underground. In 1995, she began to focus on her solo career with the release of Diaspora. She has since released seven solo albums and been a part of numerous collaborations. Her version of "Mon Amie La Rose" became a surprise success in France, reaching 16 on the French Singles Charts in 1999. She is a Goodwill Ambassador for the United Nations Conference Against Racism.
Most of Atlas' albums have been produced by TGU. She continues to focus on her Middle Eastern roots, as the titles of her albums imply: Diaspora (1995), Halim (1997) (in honour of Egyptian singer Abdel Halim Hafez), Gedida (1998) and Ayeshteni (2001).
In 1999, Atlas collaborated with David Arnold on the song "One Brief Moment". The single featured a cover version of the James Bond theme song from the film You Only Live Twice. Two years earlier, Atlas had collaborated with Arnold on the album Shaken and Stirred, recording the song "From Russia with Love" for the eponymous film (originally performed by Matt Monro).
2000 saw her collaborate with Jean Michel Jarre for the track "C'est La Vie" on his album Métamorphoses. The track was released as a single.
Due to her French-language tracks, Atlas is now quite popular in France. In the U.K., on the other hand, she has not experienced the same amount of success. She is not very happy about the way her music is perceived in the UK: "Someone from the New Musical Express rang us about a feature we're to do with them and said 'We don't want it to be about the multi-cultural angle'. In other words that fad is over. And I'm personally insulted... what other... angle is there for us? I get sick of it all."
In 2003, Atlas provided vocals for the Kolo folk dance song "'Ajde Jano" on Nigel Kennedy and Kroke's album, East Meets East. In 2005, Atlas contributed the song "Just Like A Dream" (from Something Dangerous) to the charity album Voyces United for UNHCR.
Her music has been used in a number of soundtracks. Her song "Kidda" was featured on the Sex and the City 2 soundtrack and in the 2005 video game Grand Theft Auto: Liberty City Stories on Radio del Mundo. In 2003, her voice is heard in Hulk in the song "Hulk Escapes". Additionally, her song "Bathaddak" is one of the songs included in the 2007 Xbox 360 exclusive video game Project Gotham Racing 4. Atlas was originally billed to star in and provide the soundtrack to the film Whatever Lola Wants, directed by Nabil Ayouch. However, shooting delays caused Atlas to only be involved in the film's soundtrack. Her song "Gafsa" (Halim, 1997) was used as the main soundtrack during the Korean film Bin-Jip (also known as 3-Iron) (2004) by Kim Ki-Duk. She participated in the piece "Light of Life (Ibelin Reprise)" for the soundtrack of Ridley Scott's Kingdom of Heaven.
In 2007, Atlas collaborated with Belinda Carlisle for Belinda's seventh album Voila. She contributed additional vocals on songs "Ma Jeunesse Fout Le Camp," "La Vie En Rose", "Bonnie et Clyde" and "Des Ronds Dans L'Eau." Voila was released via Rykodisc in the U.K. on 5 February 2007 and in the U.S. the following day.
The 2007 film Brick Lane features four songs with vocals by Atlas, "Adam's Lullaby", "Running Through the Night", "Love Blossoms" and "Rite of Passage". On 23 May 2008 Atlas released a new album, Ana Hina, which was well received by critics. In 2008, two of Atlas' songs, "Kidda" and "Ghanwa Bossanova", were used in Shamim Sarif's romantic comedy about two women, I Can't Think Straight.
In 2008, she sang lead on the song, "Habibe" off of the long awaited Peter Gabriel led project, Big Blue Ball.
On 20 September 2010 Atlas released her newest album, Mounqaliba. Co-produced by Samy Bishai, it explores the more classical world. It is inspired by the poems of Indian poet Rabindranath Tagore. She is also composing the music for Francoise Charpat's upcoming film. 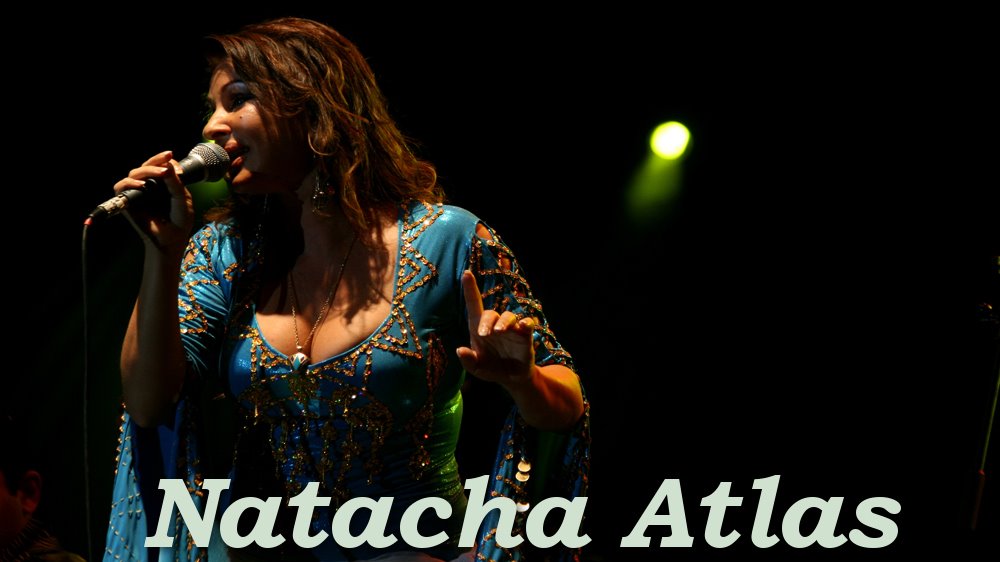 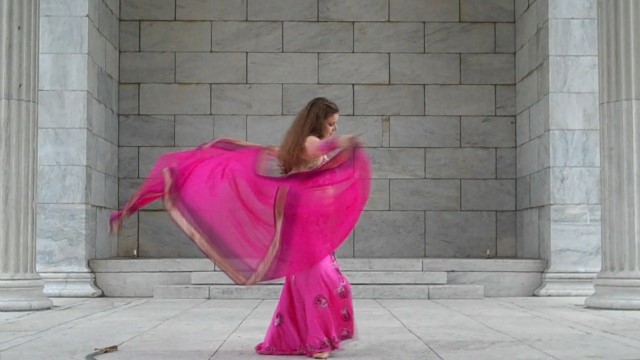 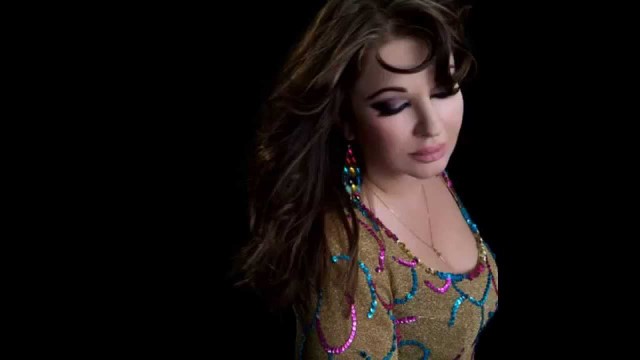 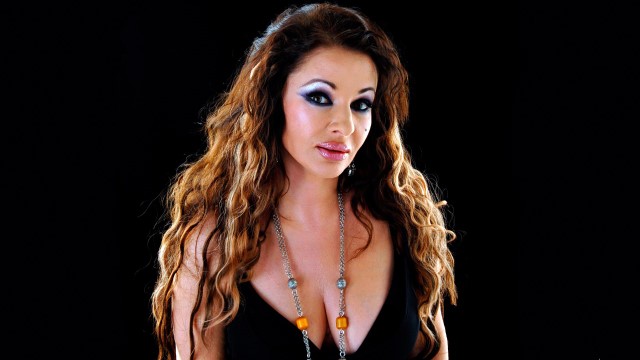