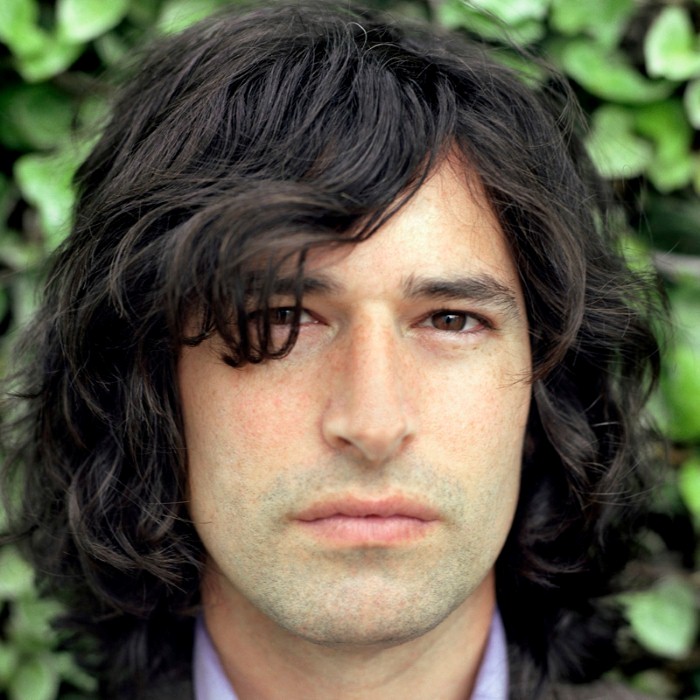 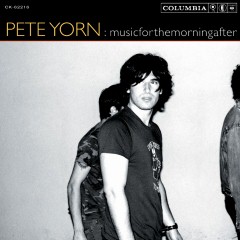 Peter Joseph "Pete" Yorn (born July 27, 1974) is an American singer-songwriter, guitarist and drummer who first gained international recognition after his debut record, Musicforthemorningafter, was released to critical and commercial acclaim in 2001. He's known for playing the bulk of the instruments on his records.

Yorn was born in Montville, New Jersey, the son of Joan, a former school teacher and real estate agent, and Lawrence K. Yorn, a retired dentist. His brother Rick is a major talent manager in Hollywood, while his brother Kevin is an entertainment lawyer who represents stars such as Scarlett Johansson. Yorn was raised Jewish. He grew up in Montville, New Jersey, where he attended Montville Township High School.

Yorn was encouraged enough to maintain a focus on music while attending Syracuse University (class of 1996) where he was a major in the department of Communication and Rhetorical Studies and a member of the Delta Upsilon Fraternity. After graduating, Yorn moved to Los Angeles, where he began to attract a following with his performances at Cafe Largo. He was signed to Columbia records in 1999. Shortly after, film producer Bradley Thomas (Kingpin & There's Something About Mary) liked Yorn's act enough to request Yorn send him some rough demos for possible inclusion in the Farrelly Brothers' film Me, Myself and Irene. Soon after, Yorn landed a job scoring all of the music to the film and also contributed the songs "Strange Condition" and "Just Another" to the film and its soundtrack.
After experiencing this taste of success, Yorn released his 2001 LP debut, entitled musicforthemorningafter, which went gold on the strength of the album's lead single, "Life on a Chain." Rolling Stone Magazine named Yorn one of "Ten [artists] to Watch in 2001" and gave the album a favorable four-star rating.
Yorn went on to release the 2003 album Day I Forgot which has sold over 300,000 copies to date and scored a third radio hit with the song "Come Back Home."
In 2006, Yorn released his third album, Nightcrawler and toured extensively in support of it. He preceded every show with an instore acoustic appearance at an indie record shop in the town he was passing through. All of these instore performances were recorded, thus creating an extensive series of Live EP's. (complete list of instore EP's below). Nightcrawler was named one of the top 20 records of 2006 by Paste magazine.
Guitarist Peter Buck of the band R.E.M. has made appearances on several Pete Yorn recordings, including instrumentation on the single version of "Strange Condition" and a number of songs from the Day I Forgot LP. Yorn has worked with producers R. Walt Vincent, Brad Wood, and Ken Andrews of Failure and Year of the Rabbit, in addition to several other producers including Scott Litt, Butch Walker and Sonic Youth producer Don Fleming.
Yorn has shared bills with the Dave Matthews Band, R.E.M., Crowded House, Foo Fighters, Weezer, Coldplay, The Dixie Chicks, Semisonic, and Sunny Day Real Estate, among others.
Yorn's song, "Lose You" can be heard just before the ending credits of the episode "Simple Explanation" during Kutner's funeral on the Fox show House, MD.

Pete Yorn's third studio release, Nightcrawler, completes a conceptual trilogy of sorts, which spans his first three albums (EPs not included); beginning in the morning with the musicforthemorningafter LP, continuing through the day with the Day I Forgot LP, and arriving at nightfall with the Nightcrawler LP.
In September 2006, in an interview with silentuproar.com, Yorn elaborated on his true intentions behind the trilogy, remarking that it was at least partially a conscious trilogy but wasn't meant to be taken too seriously: "I didn't mean like a Star Wars trilogy where it's one story at all." Yorn expressed that the "trilogy" was more of a diary of sorts; a person gaining new life experiences and simply commenting on them in linear order. "So it's a sort of continuing analysis of those topics, and the Nightcrawler LP would represent a later phase," Yorn said.

In 2008, Pete Yorn recorded and released a new song, entitled "American Blues Vol. 1." A music video was shot for the single, and the song itself was released for free on Yorn's official website for a short period of time. Concerning the song, Yorn has said "I wrote American Blues Vol. 1. on the 4th of July after reading the morning paper. It's unlike any song I've ever written. I was moved by how much negativity I was reading about and how even groups were boycotting Independence Day because they were so disgusted with the state of our Nation. I was hoping things would improve...they obviously haven't yet...but I know they will in time."
According to several sources, Yorn has been writing and recording a respectable amount of new material to be released in 2009 (It's 2011 now); namely two new records. The producers are Mike Mogis (Bright Eyes) and Frank Black (from Pixies). Two new songs have been released for download on various fan pages that are expected to be included on the new albums; "Sans Fear" and "Shotgun," respectively.
Yorn appears on Canadian artist Matthew Good's 2009 album Vancouver performing backing vocals.
"Can't Hear Anyone," a song that Yorn wrote during the Nightcrawler sessions, was recently used for a Mercedes-Benz commercial and was released as a digital single on March 31, 2009.
Columbia Records released his Mike Mogis-produced album, entitled Back & Fourth on June 23, 2009.
Yorn toured with Coldplay as an opening act through summer 2009 and collaborated with actress/musician Scarlett Johansson to record a project entitled "Break Up." Pete's brother Rick is Scarlett's agent. The album was released on September 15, 2009, and its first single—"Relator"—was released digitally on May 26, 2009. The record has since gone Platinum in France.
Yorn released a self titled album on September 28, 2010. This record was released by Vagrant Records, and produced by Frank Black of The Pixies. It received a favorable 8/10 stars in Spin magazine and 4/5 stars in Mojo. He toured North America and Europe in support of this record Feb 14-June 12, 2011.
In November 2012, Santa Monica based radio station KCRW began spinning songs from a new record by a band called THE OLMS. DJ Jason Bentley has reported that Yorn is indeed a founding member of this group and rumors have been swirling about a release in 2013. On January 8, 2013, NPR's flagship station KCRW released a track by The Olms titled, "Want To Feel It." 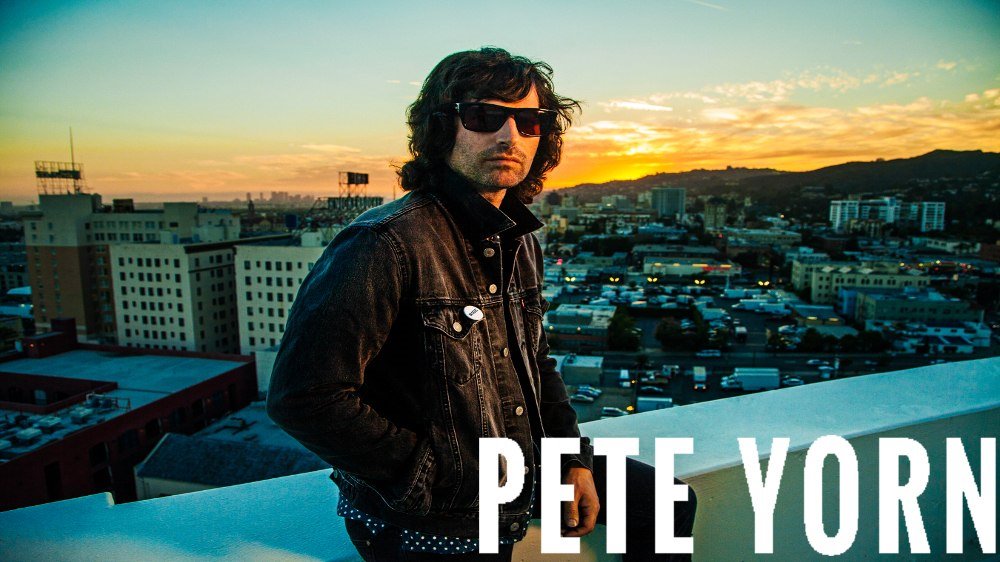 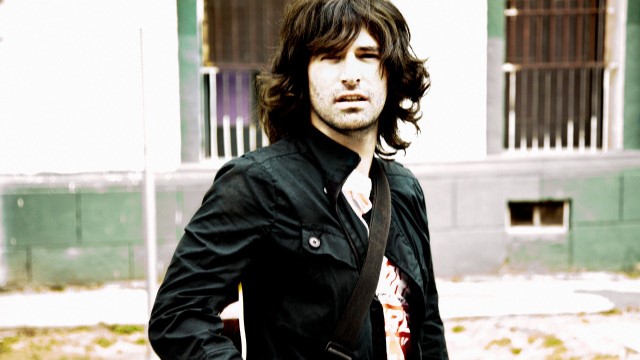 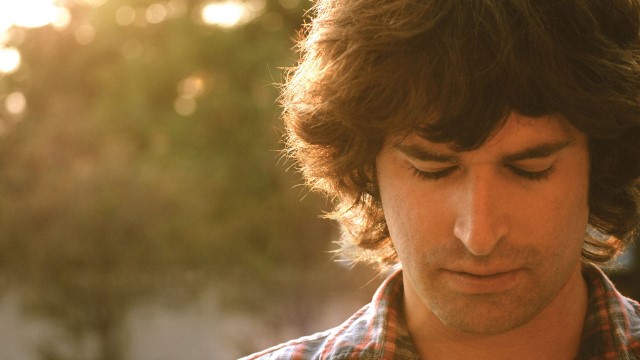 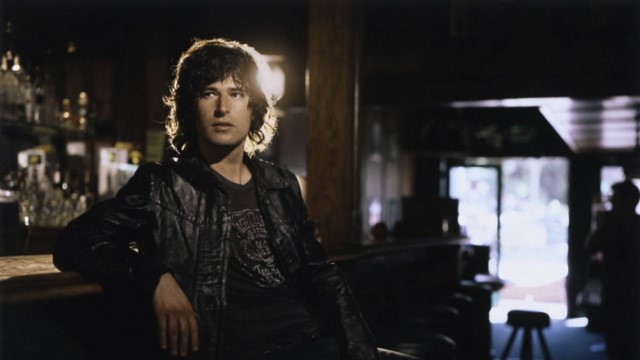