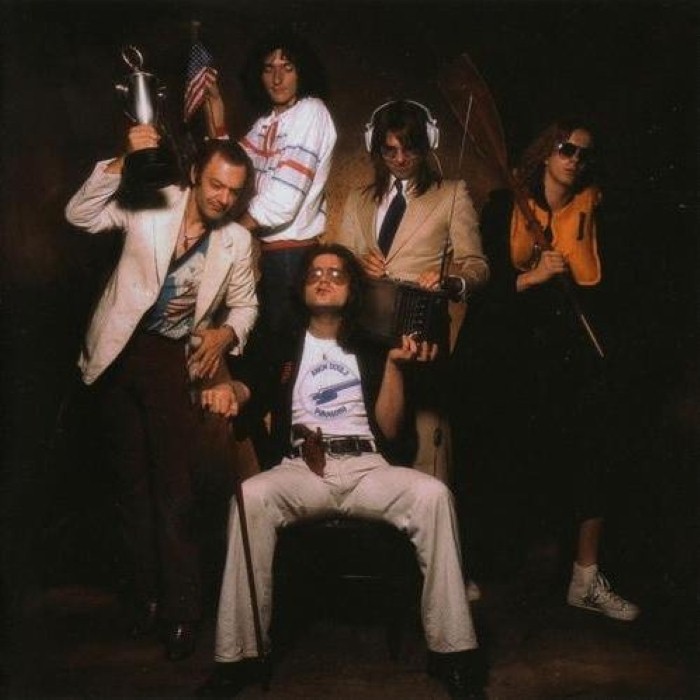 Meetings With Menmachines Inglorious He (1983) 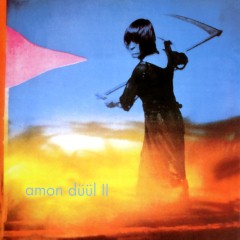 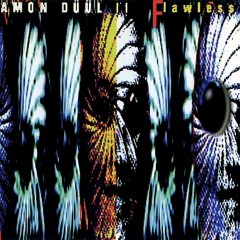 Amon Düül II (or Amon Düül 2) is a German rock band. The group is generally considered to be one of the founders of the Krautrock scene and a seminal influence on the development of it.

The band emerged from the radical West German commune scene of the late 1960s, with others in the same commune including some of the future founders of the Red Army Faction. Founding members are Chris Karrer, Dieter Serfas, Falk Rogner (b. 14 September 1943), John Weinzierl and Renate Knaup (b. Renate Aschaver-Knaup, 1 July 1948).

The band was founded after Weinzierl (b. 4 April 1949) and the others met at the Amon Düül 'art commune' in Munich. The commune consisted mainly of university students, who formed a music group initially to fund the commune, with everyone who lived there joining in to play music whether or not they had any experience or ability. The commune split when they were offered an opportunity to record, which was boycotted by the more musically proficient members of the commune (who went on to form Amon Düül II). Recordings were made by the other members but were of very poor quality and were only released later (under the name Amon Düül) to capitalise on the success of ADII's albums. As Amon Düül II grew and personnel changed they still remained a commune, living together as a band.

Their first album Phallus Dei ('God's Penis'), released in 1969, consisted of pieces drawn from the group's live set at the time. By this time the line-up was built around a core of Karrer (mainly violin and guitar), Weinzierl (guitar, bass, piano), Rogner on keyboards, bass player Dave Anderson, and two drummers (Peter Leopold (b. 15 August 1945) who had joined the group from Berlin, and Dieter Serfas). Renate Knaup at this point was only contributing minimal vocals but was very much part of the group. According to Weinzierl by this time "The band played almost every day. We played universities, academies, underground clubs, and every hall with a power socket and an audience". Releasing an album brought the group greater prominence and they began to tour more widely in Germany and abroad, playing alongside groups such as Tangerine Dream, and in Germany staying in other communes including the pioneering Kommune 1 in Berlin.

Their second album Yeti saw them introducing arranged compositions along with the bluesy violin and guitar jams such as the long improvised title track. The next album Tanz der Lemminge was based on four extended progressive rock suites. By this time bassist Anderson had returned to England and joined Hawkwind, to be replaced by Lothar Meid (born 28 August 1942), and the group was augmented by synthman Karl-Heinz Hausmann (Karrer had formed a short-lived group in 1966 - supposedly named 'Amon Düül O' - with future Embryo founders Lothar Meid and drummer Christian Burchard).

Still touring widely, they recorded their Live in London album in 1973 and in 1975 signed with Atlantic Records in the US, and United Artists Records Germany and initially disbanded in 1981.

As well as their albums and live shows ADII received offers to write music for films, winning a German film award, the Deutscher Filmpreis, for their contribution to the film San Domingo.

Amon Düül II's drummer Peter Leopold died on 8 November 2006. A memorial service was held for Leopold in Munich, where the remaining members of Amon Düül II sang a song for him. Leopold was replaced by multi-instrumentalist Daniel Fichelscher, for many years guitarist and drummer of Krautrock group Popol Vuh. Fichelscher is not new to the group, and in fact has had a long affiliation with Amon Düül II, having played with them as early as 1972 in Carnival in Babylon.