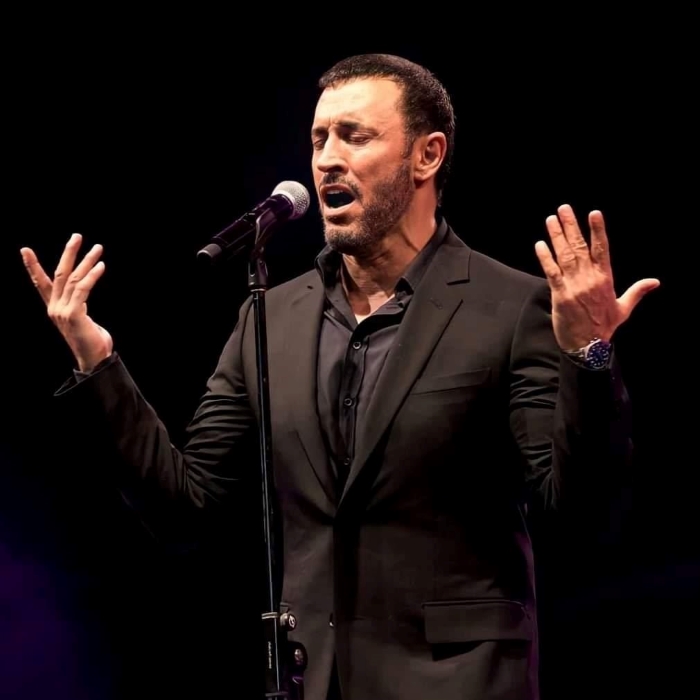 Kadhim al-Saher (Arabic: كاظم الساهر) was born in 1961 in Nainawa, Northern Iraq, one of 10 children of a palace worker. Music arrived through the radio, and al-Saher was entranced, especially by the compositions of the legendary Egyptian composer Mohamed Abdel Wahab. He was so smitten that when he was 10 he sold his bicycle to buy an old guitar, and two years later started writing his own songs. During his teens he switched to oud ("I play oud and guitar. I use the oud to compose my music. I first started on the guitar and later in my studies of classical Arabic music the oud."), and at the age of 21 he was admitted to the Baghdad Music Academy. His aim was a career in music, but getting a foot in the door wasn't easy. All the producers he approached turned him away, because of his insistence on recording his own - rather than their - material. The only way in was through the back door, and that was what he used. In 1987, with the collusion of a TV producer friend, al-Saher slipped his song "Ladghat El Hayya" (The Snake Bite) onto Iraqi national television. The uproar was immediate, since the song was an allegory to the recently concluded Iran-Iraq war. He was given an ultimatum: change the lyrics or have the song banned. He refused to alter a word, but blacklisting the piece only made it more popular, and soon he was given concerts all over the Gulf, and recording for a Kuwaiti label. Another hit ("Obart Al Shat") the following year cemented his status, but led to plenty of criticism from his professors at the Academy that he'd forsaken the heights of classical music for base sha'bi pop. Just to prove them wrong, in 1989 al-Saher composed the opus La Ya Sadiki, where he used maqams, or scales, that had been unheard in Iraqi music for decades. "I believe that the classical side of my compositions is the foundation for my music," he explained, "and the contemporary side allows for new innovations as well as for me to reach varies audiences especially the younger generation. But I find it important to first write my song in a classical style giving it the depth of structure of the traditional Arabic music, and then carefully weaving the contemporary sounds into the music. It allows for multiple interpretations I especially see this through the lyrics and the diverse rhythms I use in my compositions. Some may listen to the words of my songs and feel a romantic love others find another interpretation to the lyrics." He'd proved himself to be an all-rounder, and went truly international, undertaking his first U.S. tour. Al-Saher finally left Iraq in 1993, moving first to Lebanon, then settling in Cairo. But America had proved to be friendly territory, even though none of his albums was officially released there (that wouldn't happen until 2000, with The Impossible Love, still his only U.S. record); in 1998 he performed his composition "Tathakkar" for the U.S. Congress and the United Nations, winning a UNICEF award. But the timing of this 2003 tour made everything problematic. Whipped up by the President, at least half of America believed Iraq to be the home of all manner of rampant villainy. Still, al-Saher wasn't worried, because he "believed in my audiences and the American audiences. Music has always had the power to bring people together." And he was proven right. In between all the media hype were several concerts where he was accompanied by a crack band of American-based Middle Eastern musicians, and all the shows were very warmly received. "It was really incredible to see so many different faces, both old and new, in the audiences and how much they appreciated the music," he noted. "I enjoyed seeing old and new audiences getting moved by the music. The diverse and well-researched questions about my music and the meaning of the lyrics really showed me that they were interested in what I had to say musically and where the music came from. I was so happy to see that they had taken the time to listen, and to be interested in my music." And that audience was surprisingly familiar with his music, which "seems to have reached audiences through the method of imports and Internet. I was amazed to see how many people were asking me about my older albums, Like "Ana Wa Laila," and "Fi Madras Al Hob." I hope in the future to have a much larger distribution through the mainstream. It was so heartwarming to see the reaction from audiences at a record retailer in Chicago. They had so many people there waiting to have CDs signed and they even ran out of CDs. So I hope with future albums that the record companies and retailers will have it available through the mainstream outlets. In the past so much of my music was sold through non-traditional retailers. Also my next album will feature songs in English as well as Arabic. So I think this may make it even more accessible to audiences the United States." But the simple fact is that Kazim al-Saher has become a star of global proportions; there's no other way to explain the way his song "Ana Wa Laila" was voted sixth among the 10 most popular tunes in the world on the BBC World Service. His name might have cruised under the radar in some countries, but elsewhere he's a phenomenon. But even he was astonished by the song's lasting success. 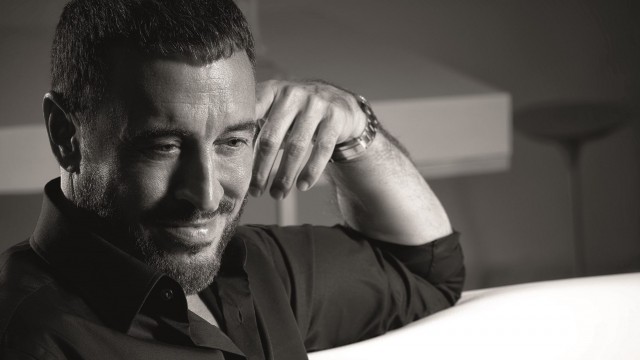 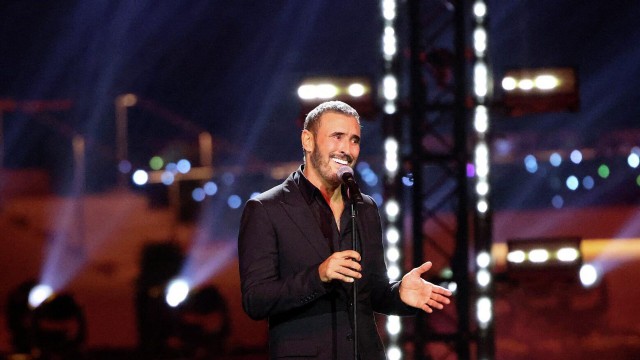 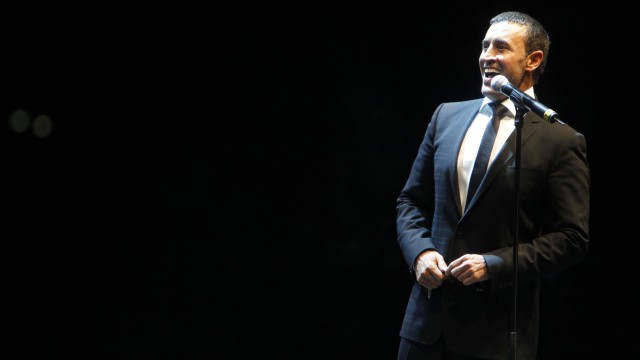