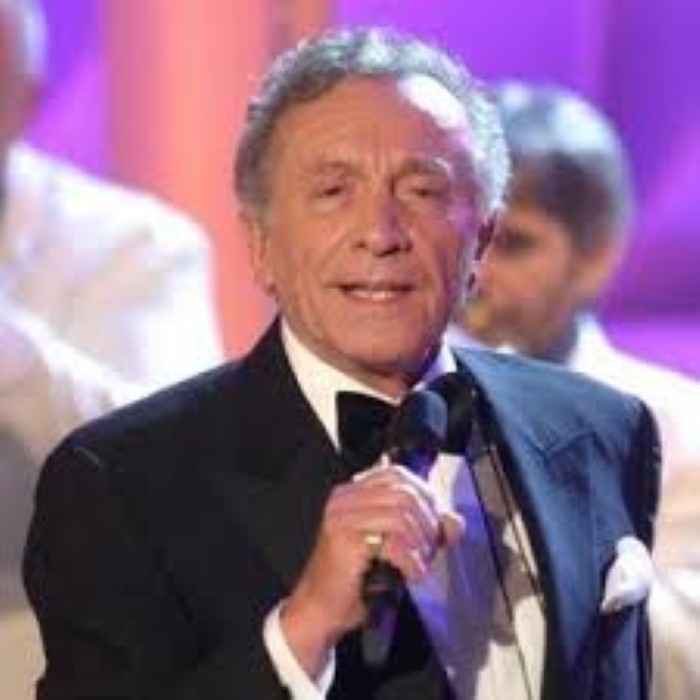 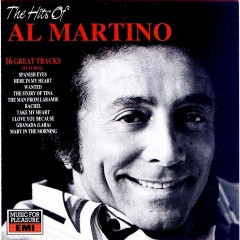 Jasper "Al" Cini was born in Philadelphia, Pennsylvania. The name Jasper was an anglicisation of his father's name, Gasparino. His parents were immigrants from Abruzzo, Italy, who ran a construction business, and while growing up he worked alongside his brothers as a bricklayer. However, he was inspired to become a singer by emulating artists such as Al Jolson and Perry Como, and by the success of a family friend, Alfredo Cocozza, who had changed his name to Mario Lanza. After serving with the United States Navy in World War II, including being a part of the Iwo Jima invasion where he was wounded, Cini began his singing career. Encouraged by Lanza, he adopted the stage name Al Martino - Martino being the name of his mother's father - and began singing in local nightclubs. In 1948 he moved to New York City, and in 1952 won first place on Arthur Godfrey's Talent Scouts television program with a performance of Como's hit "If".
As a result, he won a recording contract with the Philadelphia based independent label BBS, where he recorded the song "Here in My Heart". Lanza had been asked by his label RCA Victor to record the song, but Martino called and pleaded with him not to do so in order to let Martino's version have a clear run. The song spent three weeks at No. 1 on the US pop charts in June 1952, earning Martino a gold disc and, later in the year, also reached the top of the UK charts. It was No. 1 in the first UK Singles Chart, published by the New Musical Express on November 14, 1952, putting him into the Guinness Book of World Records. "Here in My Heart" remained in the top position for nine weeks in the United Kingdom, a record for the longest consecutive run at No. 1 that has only since been beaten by five other songs.
The record's success led to a deal with Capitol Records, and he released three more singles — "Take My Heart," "Rachel," and "When You're Mine" — through 1953, all of which hit the U.S. Top 40. However, his success also attracted the attention of the Mafia, which bought out Martino’s management contract and ordered him to pay $75,000 as a safeguard for their investment. After making a down-payment to appease them, he moved to Britain. His popularity allowed him to continue to perform and record successfully in the UK, headlining at the London Palladium and having six further British chart hits in the period up to 1955, including "Now" and "Wanted". However, his work received no exposure back in the US. In 1958, thanks to the intervention of a family friend, Martino was allowed to return to the US and resume his recording career, but he faced difficulties in re-establishing himself, especially with the arrival of rock and roll. The success of his 1962 album The Exciting Voice of Al Martino secured him a new contract with Capitol, and was followed by a mostly Italian language album, The Italian Voice of Al Martino, which featured his version of the then internationally popular song "Al Di Là." He also made several high-profile television appearances, helping to re-establish his visibility.
In 1963, he had his biggest US chart success with "I Love You Because", a cover of Leon Payne's 1950 country music hit. Arranged by Belford Hendricks, Martino's version went to No. 3 on the US Billboard Hot 100 chart, and No. 1 on the Easy Listening chart. The album of the same name went Top 10 in the Billboard 200. Martino had four other US top 10 hits in 1963 and 1964 - "Painted, Tainted Rose" (1963), "I Love You More and More Every Day", "Tears and Roses" and "Silver Bells" (all 1964). He also sang the title song for the 1964 film, Hush, Hush, Sweet Charlotte. One of his biggest hits was "Spanish Eyes", achieving several gold and platinum discs for sales. Recorded in 1965, the song reached No. 5 on the UK Singles Chart when re-issued in 1973. The song, with a tune by Bert Kaempfert originally titled "Moon Over Naples", is among the 50 most played songs worldwide.
In the mid-late 1960s, the family lived in this house on the corner of Laurel Place & Belmont Drive in Cherry Hill Estates, just down the street from Frankie Avalon
Martino's run of chart success faded after the mid-1960s, although many of his records continued to reach the US Hot 100. Another later hit was a disco version of "Volare", (also known as "Nel blu, Dipinto di Blu"). In 1976, it reached No. 1 on the Italian and Flemish charts, and was in the Top Ten in Spain, The Netherlands and France, as well as in many other European countries. In 1993, Martino recorded a new studio album with the German producer, Dieter Bohlen (former member of pop duo Modern Talking, producer of international artists like Chris Norman of Smokie, Bonnie Tyler, Dionne Warwick, Engelbert or Errol Brown of Hot Chocolate). The single "Spanish Ballerina" (written in Bohlen's europop sound) reached No. 93 position in the German single charts.
Apart from singing, Martino played the role of Johnny Fontane in the 1972 film The Godfather, as well as singing the film's theme, "Speak Softly Love". He played the same role in The Godfather Part III and The Godfather Trilogy: 1901–1980. He later returned to acting, playing aging crooner Sal Stevens in the short film Cutout, appearing in film festivals around the world in 2006.
Martino died on October 13, 2009 at his childhood home in Springfield, Pennsylvania, six days after his 82nd birthday. He was buried at Holy Cross Cemetery in Culver City, California. Martino was survived by his widow Judi and four children: Alison, Debbie, Alfred and Alana.
In December 2009, Al Martino was inducted into the Hit Parade Hall of Fame. 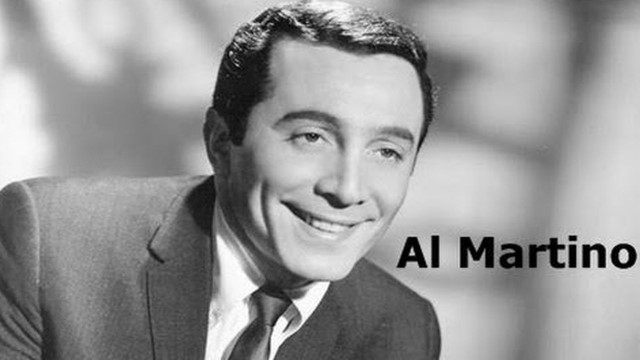