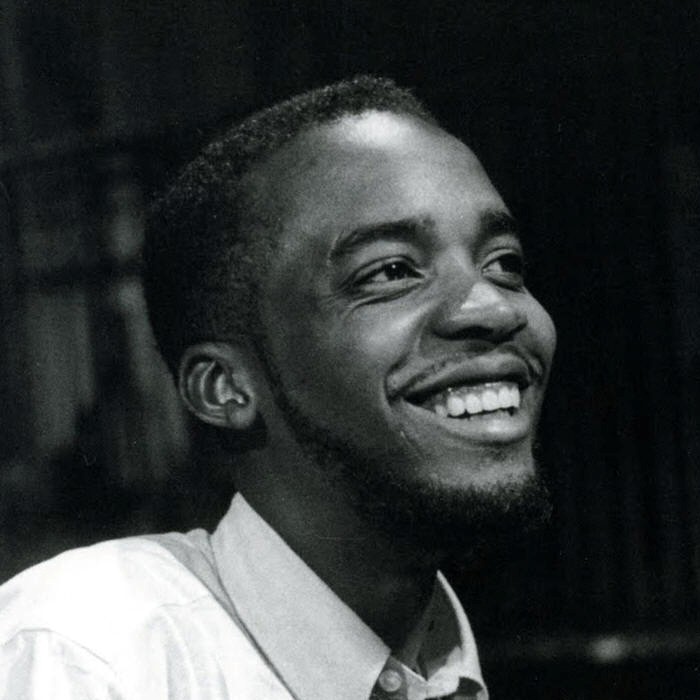 Ahmad Jamal (born July 2, 1930 as Frederick Russell Jones) is an innovative and influential American jazz pianist, composer, and educator. According to American music critic Stanley Crouch, Jamal is second in importance in the development of jazz after 1945 only to Charlie Parker. For five decades, he has been one of the most successful small-group leaders in jazz.
Jamal began touring with George Hudson's Orchestra after graduating from high school in 1948. He joined another touring group known as The Four Strings, which soon disbanded when the violinist, Joe Kennedy Jr., left. He moved to Chicago in 1950 (where he legally changed his name to Ahmad Jamal), and made his first sides in 1951 for the Okeh label with The Three Strings (which would later also be called the Ahmad Jamal Trio, although Jamal himself prefers not to use the term "trio"): the other members were guitarist Ray Crawford and a bassist (at different times, Eddie Calhoun (1950–1952), Richard Davis (1953–1954), and Israel Crosby (from 1954)). The Three Strings arranged an extended engagement at Chicago’s Blue Note, but leapt to fame after performing at the Embers in New York City where John Hammond saw the band play and signed them to Okeh Records. Hammond, a record producer who discovered the talents and enhanced the fame of musicians like Benny Goodman, Billie Holiday, and Count Basie, also helped Jamal’s trio attract critical acclaim. Jamal subsequently recorded for Parrot (1953–1955) and Epic (1955) using the piano-guitar-bass lineup. The trio's sound changed significantly when Crawford was replaced with drummer Vernel Fournier in 1957, and the group worked as the "House Trio" at Chicago's Pershing Hotel. The trio released the live album But Not for Me which stayed on the Ten Best-selling charts for 108 weeks. Jamal's well known song "Poinciana" was first released on this album.
Upon returning to the U.S. after a tour of North Africa, the financial success of Live at the Pershing: But Not For Me allowed Jamal to open a restaurant and club called The Alhambra in Chicago. The club lasted for a little less than a year, from 1959 to 1961. In 1962, The Three Strings disbanded and Jamal moved to New York City where, at the age of thirty-two, he took a three-year hiatus from his musical career.
In 1964, Jamal resumed touring and recording, this time with the bassist Jamil Nasser and recorded a new album, Extensions, in 1965. Jamal and Nasser continued to play and record together from 1964 to 1972. He also joined forces with Fournier (again, but only for about a year) and drummer Frank Gant (1966–1972), among others. He continued to play throughout the 1970s and 1980s, mostly in trios with piano, bass and drums, but he occasionally expanded the group to include guitar. One of his most long-standing gigs was as the band for the New Year’s Eve celebrations at Blues Alley in Washington, D.C. from 1979 through the 1990s.
In 1985, Jamal agreed to do an interview and recording session with his fellow jazz pianist, Marian McPartland on her NPR show “Piano Jazz.” Jamal, who said he rarely plays "But Not For Me" due to its unrivaled popularity since his 1958 recording, played an improvised version of the tune – though only after noting that he has moved on to making ninety percent of his repertoire his own compositions. He said that when he grew in popularity from the Live at the Pershing album, he was severely criticized afterwards for not playing any of his own compositions.
Now in his eighties, Ahmad Jamal has continued to make numerous tours and recordings. His most recently released album is Blue Moon, 2012 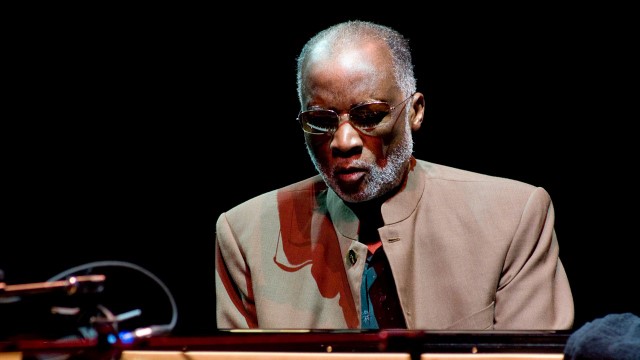 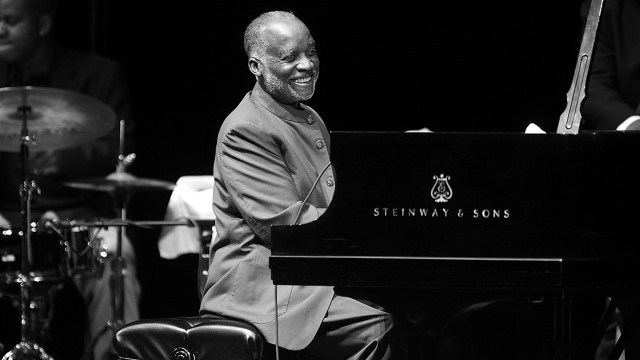 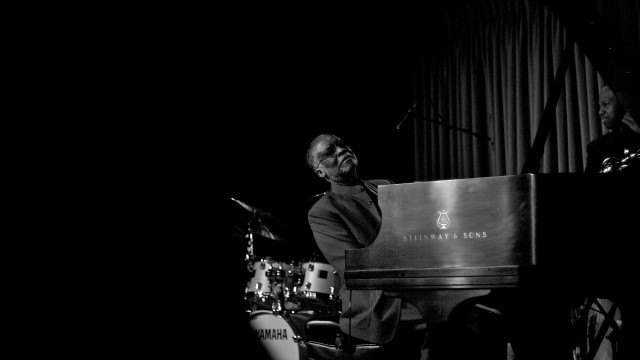