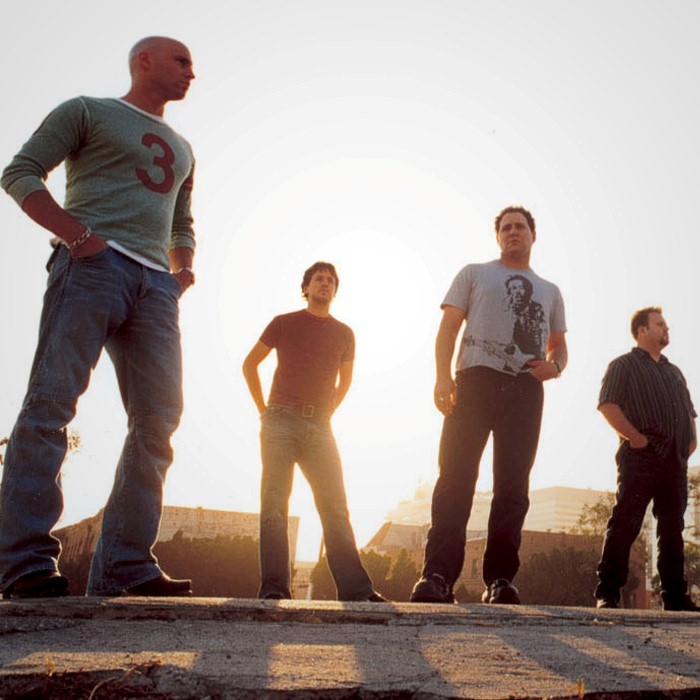 Vertical Horizon is an American alternative rock band formed at Georgetown University in Washington, D.C. in 1991. The band is best known for a string of hits in 1999 and early 2000s, including "You're a God", "Everything You Want", and "Best I Ever Had (Grey Sky Morning)". Their most recent album, Burning the Days, was released in late 2009."Save Me From Myself” was the first single.


Vertical Horizon stands for a commitment to superior music. It’s a concept that has always meant a steadfast striving for the artistically-creative high road. Consistently at the wheel, founder, writer, lead singer and guitarist, Matt Scannell drives and unites the group, always exploring new territories of inspiration. Perhaps the most significant key to Vertical Horizon’s success today is the freedom they have from the constraints of a major recording label. Vertical Horizon works at a tempo that fuels the creative process. “Our music is coming from the purest place – there are no other considerations beyond ‘Do we like this? Does it mean something to us?’” It’s no wonder why so many performers cite them as influences. They’re a musicians’ band, always user-friendly and highly accessible. Is there integrity in music? Listen for yourself and be the judge.
Burning the Days, Vertical Horizon’s newest studio album (2009) is a true testament to their commitment to making brilliant music. Produced by Scannell, this album reflects the quest for balance in a journey from challenge to peace. According to Scannell, the album is “sonically as good as anything we have ever done. This album and our renewed sense of creativity really resonates with our fans.” Burning the Days features virtuoso drummer Neil Peart of Rush on “Save Me from Myself”, “Even Now,” and “Welcome to the Bottom.” Also featured is Richard Marx playing piano on “Here” and producing two of Matt’s lead vocal tracks. The two radio singles from the album, “Save Me from Myself” and “The Lucky One” have been successful on the Hot AC charts, and have given Vertical Horizon a current presence at radio. According to Alternative Addiction, “This album is a perfect showcase for Vertical Horizon’s return to the spotlight and could easily be one of the best albums of 2009.”
Founded in the early 1990s, Vertical Horizon released three albums independently (There and Back Again, Running on Ice, and Live Stages) and toured extensively. In 1999, the band signed with RCA and experienced meteoric success with Everything You Want, selling over two million copies. The title song captured the #1 spot on Billboard’s Hot 100 and Adult Top 40 charts, and went on to become the most played single of 2000. Having carved out a page in the annals of music history, the band also garnered further radio attention with “You’re a God” (#4 on Billboard’s Adult Chart) and “Best I Ever Had (Grey Sky Morning),” which became a 2005 top 20 country hit for country star, Gary Allan.
As a follow-up, in 2003, the band released Go. Tracks such as “Inside” (a frequent concert opener), “I’m Still Here,” and “Forever” provided true commercial appeal, whereas the deeper tracks, like “When You Cry,” “Sunshine,” and “Echo” kept the band established as a formidable, no-nonsense rock entity. Unfortunately, typical music-industry waste and mismanagement drove the band to seek a hiatus from “the business,” and they took time to reevaluate the creative process and distribution model. After some time away, Vertical Horizon emerged with the same conclusion their fans had: you can’t keep a good band down. In 2007, the time was right to start work on a new album, so a fresh approach to writing and recording began. Burning the Days was released in 2009.
Today’s Vertical Horizon shares the practices of most long-enduring acts: different creative personnel have entered and exited, adding to the ever-expanding sonic tapestry. Genres, styles, sounds are the band’s “tools of the trade,” but they’re used with such variety—such intricacy—that it’s a challenge to “classify” the band’s sound. Sure it’s rock, but nuances mean so much. “I’ve never worried about categories or groupings. I just write what’s inside and it sounds like Vertical Horizon.”
If you want to know what Vertical Horizon is all about, go see them in concert. As a live (and a very “alive”) unit, they play off each other with an almost feverish dynamic energy, making musical wagers that only they can fulfill, instruments in hand. It’s nothing short of a riveting experience. Have you been to a show lately?
If you haven’t done so already, pick up Burning The Days and play it loud (ok, really loud!). Explore the band’s back catalogue and scratch the surface with all the hits. Then, do what fervent fans and musicians do and discover why the “deeper cuts” draw out such sincere responses. You’ll truly understand the path they’ve blazed for others to follow. They’ve constantly met and exceeded their own demand for uncompromising excellence in art.
Vertical Horizon is what it always has been: a vibrant, growing musical entity. It’s not a reissue: it’s bigger, better, and reloaded. The band’s “wheel of change” continues to turn. Hold on to the wheel, and you’ll be dragged. Instead, let it roll—and enjoy the ride. 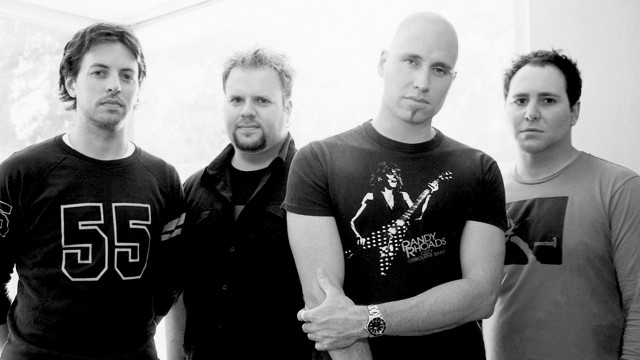 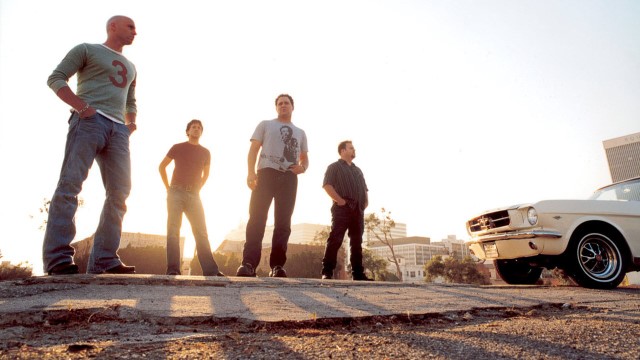 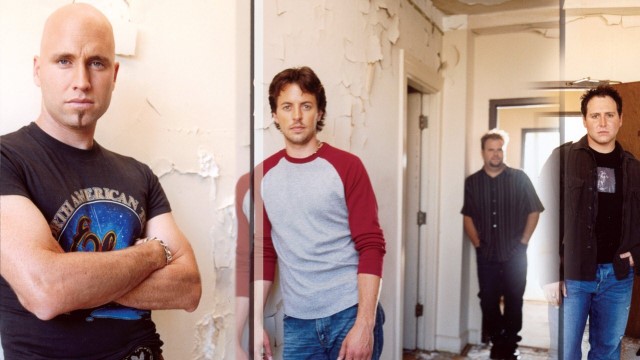