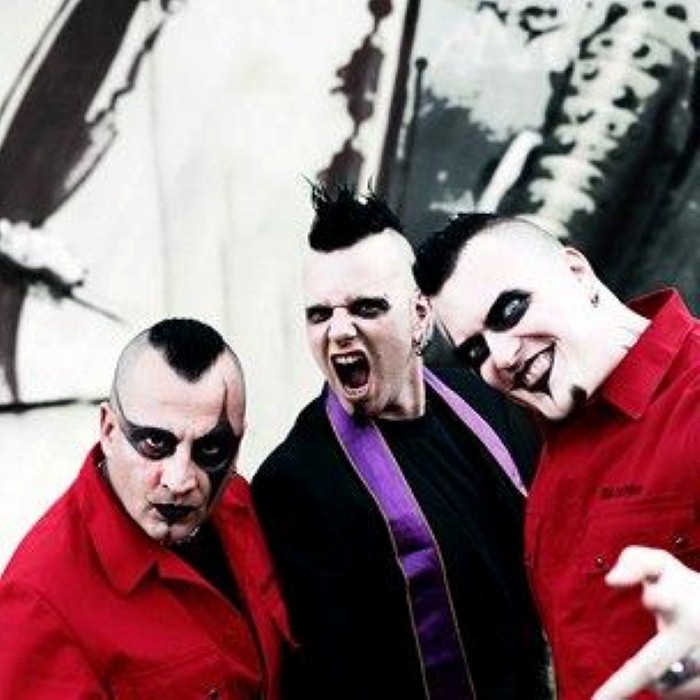 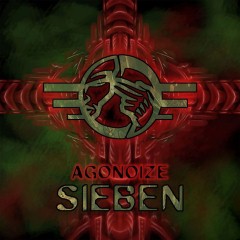 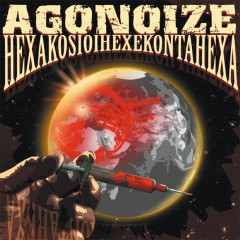 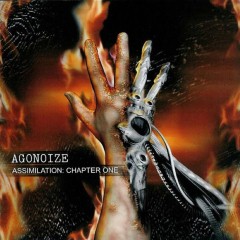 Established in late 2002 as a duo between Johnson and Senger, it soon became apparent that the act needed a frontman to improve their stage performance and Chris L. became lead vocalist, making Agonoize a trio.
Their first concert was on April 11, 2004 at Edinburgh's annual Dark City Festival billed alongside VNV Nation, Gothminister, NFD, Seize. The band's follow-up concert was in Berlin as the support act of [:SITD:], who in return remixed "Paranoid Destruction", later to become an eponymous track in the group's debut release, Paranoid Destruction.
The MCD was an instant success, entering the Deutsche Alternative Charts at number seven and remaining in the charts for eight weeks. Agonoize's' fanbase has been rapidly growing since then. 2004's Assimilation: Chapter One completely sold out, leading to re-release titled Assimilation: Chapter Two was made in 2006 containing a bonus twelve-track disc. Agonoize have since released three further albums, '999' in 2005, 'Sieben' in 2007 and 'Hexakosioihexekontahexa' in 2009. 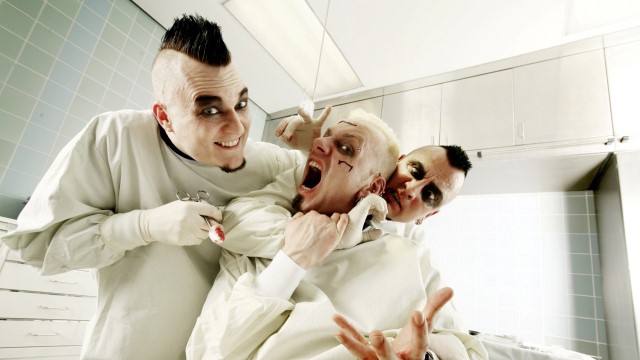