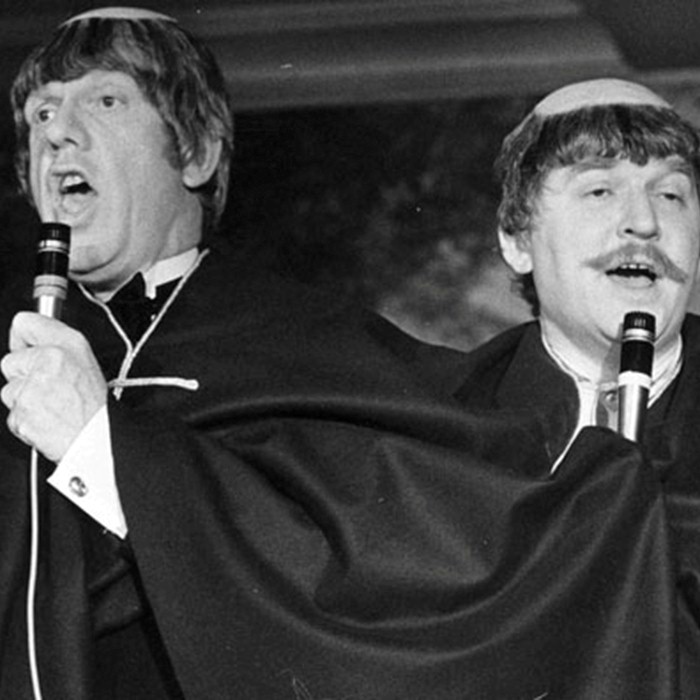 Hasseåtage ("Hasse & Tage") is the commonly used name for the popular Swedish comedy-duo featuring Hans "Hasse" Alfredson and Tage Danielsson. The term was created by the Swedish press in the 1960s, and was never used by the duo themselves. But it's the "adopted" popular name for the duo in Sweden when spoken about of and referred to by the Swedes.