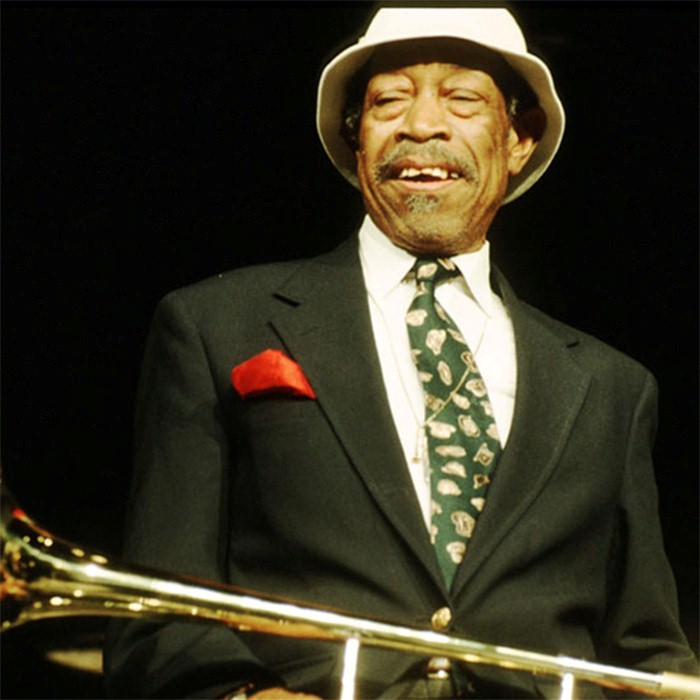 Things Are Getting Better All the Time (2006)

Al Grey (June 6, 1925 – March 24, 2000) was a jazz trombonist who is most remembered for his association with the Count Basie orchestra.
Grey is known for his plunger mute technique (comparable only to Tricky Sam Nanton, Bob Hunt and Wycliffe Gordon), and also wrote an instructional book called "Plunger Techniques". Al Grey was born in Aldie, Virginia and grew up in Pottstown, Pennsylvania. During World War II he served in the Navy where he started playing the trombone. Soon after his discharge he joined Benny Carter's band and later the trombone section of Lionel Hampton. After some solo work Grey joined Dizzy Gillespie's big band in 1956. In October 1957 Count Basie urgently needed a fill-in for his European tour and Al Grey luckily was in the right place at the right time.
After 1961 Grey performed only occasionally with the Count. Apart from leading his own combos, he appeared with many jazz greats such as Herbie Hancock, Quincy Jones and even Ray Charles.
He is featured on Count Basie recordings with Ella Fitzgerald or Frank Sinatra and recorded "Snap your Fingers". His trombone skills were also featured on the award-winning soundtrack for Steven Spielberg's film The Color Purple.
Al Grey greatly contributed to the post-swing era jazz-trombone vocabulary and will be remembered for his charming personality as well as his ability to bond with audiences around the world. 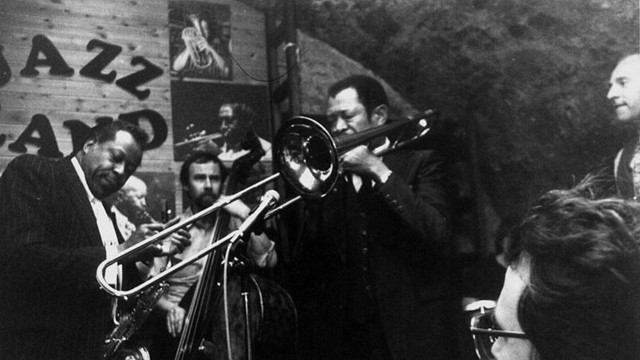