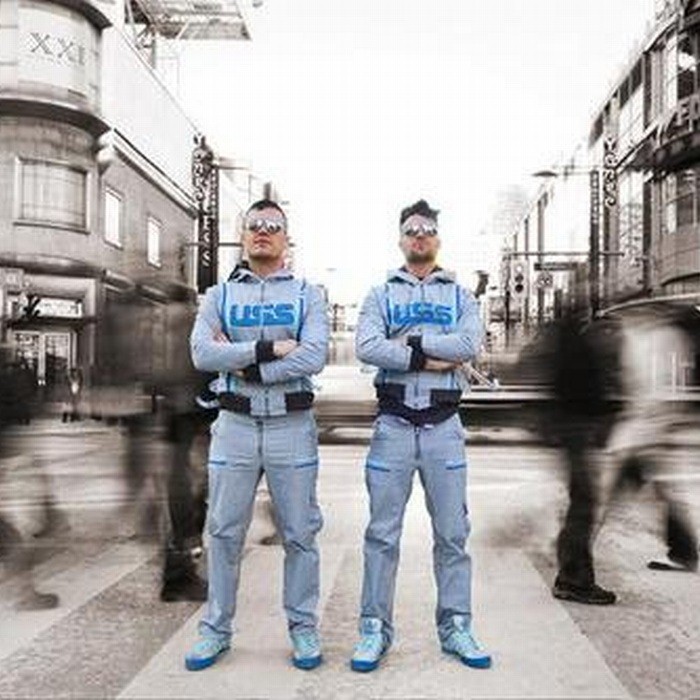 Ubiquitous Synergy Seeker (USS) is a musical duo that began working out of Parkdale, a neighbourhood situated in the west end of Toronto, Ontario, Canada. The band is composed of vocalist, guitarist and erhu player Ashley Buchholz (aka Ash Boo-Schultz) and turntablist/hype man Jason "Human Kebab" Parsons.
The USS sound is a mixture of drum and bass beats, grunge-like guitar riffs and 2-step rhythms. "We like to call what we do the campfire after-party," Ash said, "It's like you're at Nirvana Unplugged but there's a drum and bass party and glow sticks all around you."
USS hails from the outskirts of the Greater Toronto Area, Ash being from the city of Markham and Kebab from the adjacent town of Stouffville. They met in 2004, while stocking the beer fridge and discussing music when they worked at a golf course; the pair hit it off instantaneously. A couple of months later, Ash's sister was looking for someone to DJ at her upcoming wedding and Human Kebab was suggested for the job. "It was love at first scratch" Ash said, who later moved into Kebab's parents' basement to begin experimenting musically.
The band's name came about when Ash sketched out map of exactly who he wanted to be in life. At the top of this life-plan he wrote, "Ubiquitous Synergy Seeker." Although this title was to become the band’s moniker, the duo says that the name is for everyone: “It's singular — it's the title of a characteristic, not the title of two guys”, Ash said.
“Opportunity exists as a result of what you’re putting out to the world,” said Kebab.
By July 2008 they began to perform live, and they released their first independent EP, Welding the C:/ (pronounced: Welding the C Drive) later that same month.
They hadn't predicted the success that was to follow the EP’s release. The band parted ways to pursue different avenues; Kebab went west, to the province of Alberta to work on an oil pipeline and Ash went south, to the US, on an emotional pilgrimage. Everything changed when a friend of Kebab's called to report that Toronto radio station 102.1 The Edge had put their first single, Hollowpoint Sniper Hyperbole, into heavy rotation. The duo then returned to Toronto, to shoot their first video for Hollowpoint Sniper Hyperbole which was soon featured across Canada on the MuchMusic channel. 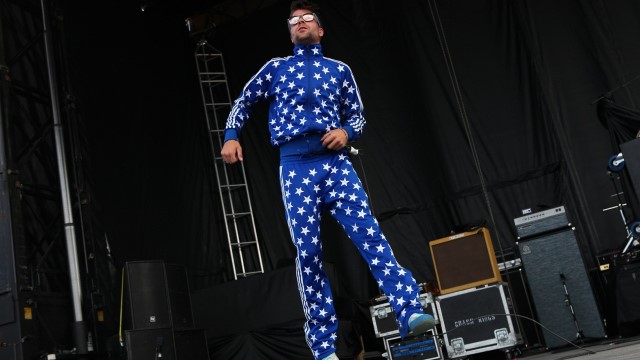