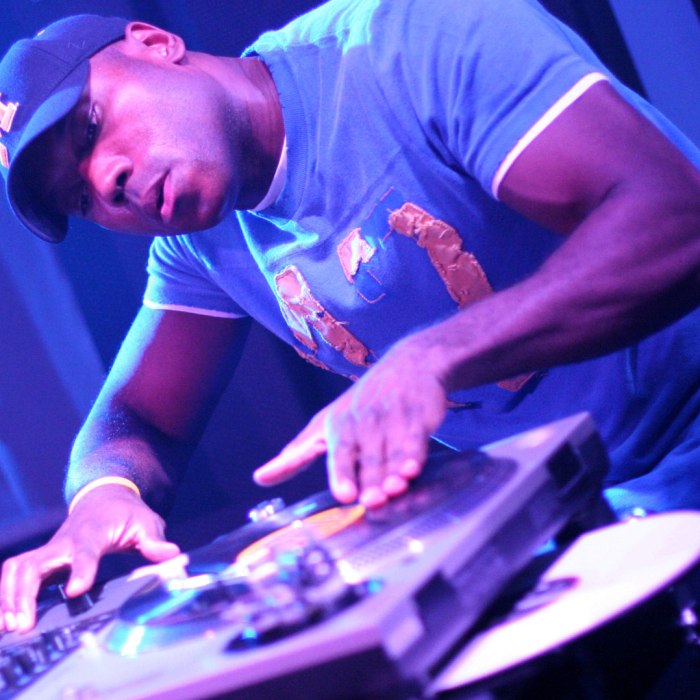 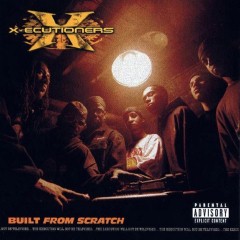 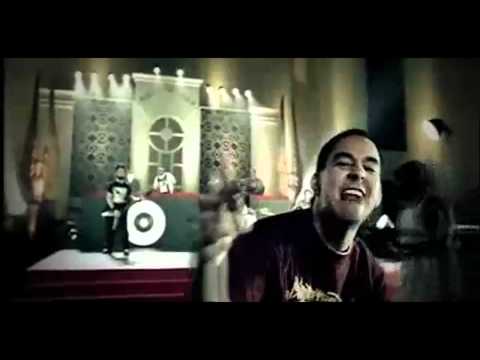 The X-Ecutioners is a group of hip hop DJs / turntablists from New York. Formed as a DJ crew in the early nineties and originally including 11 members, under the name X-Men, which was chosen partly because of their rivalry between Super DJ Clark Kent's crew of DJs, known as the Supermen, and partly after the Marvel Comics characters, but had to change their name due to trademark infringement.
After the group's name changed, the crew was later reduced to members Rob Swift, Roc Raida, Total Eclipse, and Mista Sinista (named after the Marvel Comics' Mister Sinister) before releasing their debut album X-Pressions. Sinista later left the group shortly after the release of Built from Scratch, and Rob Swift left the group for personal and artistic reasons in 2005.
In the wake of Swift's departure, The X-Ecutioners have been scarcely heard of; however, the latest word is that the group has two new members, DJ Boogie Blind and DJ Precision.
The X-Ecutioners have worked with many famous artists on their albums Built From Scratch and Revolutions and are highly respected in hip hop for their turntable skills, being infamous for the technique known as beat juggling. They have been known to do numerous collaborations, ranging from Kool G Rap to Cypress Hill, Mike Shinoda and co-released an album with Mike Patton called General Patton vs. The X-Ecutioners. The X-Ecutioners contributed to a remix of Run-DMC's "King of Rock" on the Harmonix game Amplitude, and the DJ group's song "Like This" was featured in the video game SSX 3. Their Music And Themselves Also Featured In The Game NFL Street.
As of 2007, Rob Swift, Total Eclipse and Precision have formed a new group called Ill Insanity. Their latest release, "Ground Xero" contains 14 tracks featuring the likes of DJ QBert, DJ Excess, and Grand Master Roc Raida.
Ill Insanity has posted a blog on their Myspace regarding a reunion tour in Australia in October, 2008. The group commented in their blog
"Undeniably one of the greatest turntablist crews of all time, New Yorks legends The X-Ecutioners are reuniting exclusively to tour Australia for the very first time. The supremely talented turntablists, Grand Master Roc Raida, Rob Swift, Boogie Blind, Total Eclipse and Precision have exclusively come together for this tour and across 10 turntables will leave you speechless with their unbelievable turntable skills of cutting, mixing, scratching and beat juggling."
The group has already announced the tour dates on both the X-Ecutioners' and Ill Insanity's Myspace Reunion Tour Blog.
In a recent interview with E.Zee Radio (http://www.blogtalkradio.com/E-ZEERADIO/2009/09/27/E-ZEE-RADIO-SHOW.mp3?localembed=download), Mista Sinista says the current X-Men are Rob Swift, Mista Sinista, Total Eclipse, Boogie Blind, Steve D, Sean C, Johnny Cash, Diamond J, Exotic E + Roc Raida who will always be there.
Roc Raida died on Sept. 19th, 2009 from complications from training in Krav Maga. 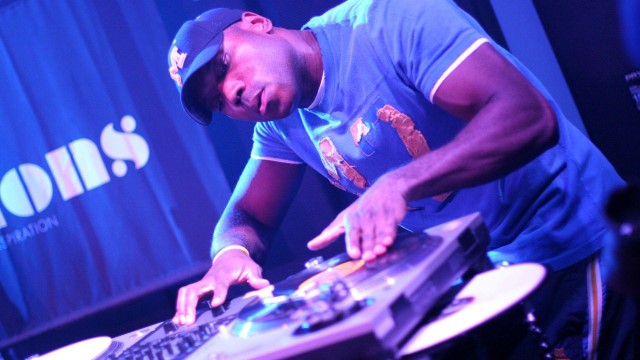