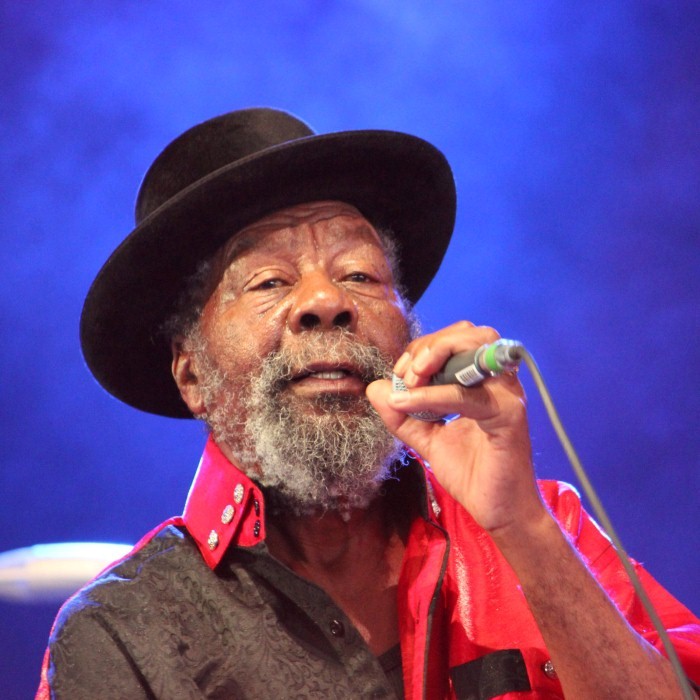 U-Roy (born Ewart Beckford, 21 September 1942) OD, is a Jamaican vocalist also known as The Originator. He is best known as a pioneer of toasting. Born in Jones Town, Jamaica, U-Roy's musical career began in 1961 when he began deejaying at various sound systems. This included a stint operating Sir Coxsone Dodd's Number Two set, while King Stitt "The Ugly One" ran the main set. U-Roy eventually worked with King Tubby at Duke Reid's Sound System in the late 1960s. Around this period, King Tubby had started to experiment with his studio equipment in an attempt to create new effects and sounds, which would eventually lead to a new style of reggae called dub music. With U-Roy as his most prominent deejay and with access to some of Treasure Isle Studios' finest rocksteady rhythms, King Tubby's new sound became extraordinarily popular and U-Roy became a local celebrity. However, his first single - "Earth's Rightful Ruler" - was not a King Tubby collaboration; it was recorded with Peter Tosh for Lee "Scratch" Perry. He recorded Dynamic Fashion Way (his first successful release) for Keith Hudson in 1969, and then went on to work with almost every major producer on the island: Lee Perry, Peter Tosh, Bunny Lee, Phil Pratt, Sonia Pottinger, Rupie Edwards, Alvin Ranglin and Lloyd Daley. In 1970, Jamaican singer John Holt who was the lead vocalist of The Paragons became a fan of U-Roy's technique. Working with Duke Reid, U-Roy's fame grew through a series of singles, including "Wake the Town" and "Wear You to the Ball". U-Roy's success continued throughout the 1970s, perhaps most famously with the album Dread in a Babylon, produced by "Prince" Tony Robinson and propelled by the album's skank smash hit "Runaway Girl". The album cover featured an iconic picture of U-Roy disappearing in a thick cloud of cannabis smoke while holding a chalice, and included the song "Chalice in the Palace", which in a satirical manner he imagines smoking ganja with Queen Elizabeth II of the United Kingdom in Buckingham Palace. U-Roy had become one of Jamaica's biggest stars by the early 1980s, also garnering significant acclaim in the United Kingdom. His most recent album was 2000's Serious Matter. U-Roy was awarded Jamaica's Order of Distinction in the rank of Officer on 15 October 2007.