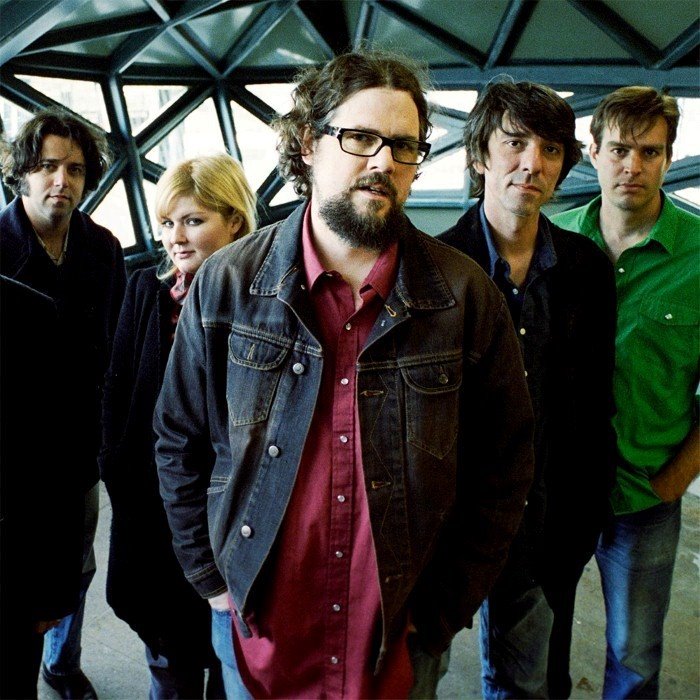 Noteworthy for their three guitars lineup, the ‘Truckers’ are often associated with the Southern rock movement of the 70s and “jam” bands but are too cerebral and irreverent to sit squarely in either genre. Their lyrics often revolve around the working class trying to survive in economically-depressed small towns of the South.

Co-founded by Patterson Hood (son of bassist David Hood of the legendary Muscle Shoals Rhythm Section) and longtime friend and musical partner Mike Cooley in Athens, Georgia, in 1996. The two men had played in various other bands including Adam’s House Cat which was chosen as a top ten Best Unsigned Band by a Musician contest in the late 1980s.

Together with a revolving group of musicians, Drive-By Truckers put out their first two albums, Gangstabilly (1998) and Pizza Deliverance (1999). Following their second release, the band embarked on a nationwide tour, resulting in a live album called Alabama Ass Whuppin’ (released in 2000 by Second Heaven Records, re-released in 2002 by Terminus Records). They had an entertaining and informational website long before most bands had begun taking advantage of the internet as a promotional tool, and together with constant touring, they quickly developed a large and dedicated fan base both on and off-line.

After three years on the road a tight-knit group of musicians emerged and they began work on 2001’s Southern Rock Opera. Southern Rock Opera is a double album executed as a song cycle. The album loosely uses the rise and literal fall of Lynyrd Skynyrd as a metaphor for the culture of the American South.

Self released on their own Soul Dump Records on September 12, 2001, Southern Rock Opera, quickly accumulated praise from fans and critics alike, including a four-star review in Rolling Stone. To take advantage of the positive reception, Southern Rock Opera was re-issued by Mercury and Lost Highway Records in July 2002. Soon after, Drive-By Truckers were named Band of the Year by No Depression.

Before they could record a follow-up to Southern Rock Opera, guitarist Rob Malone left and was replaced guitarist and songwriter, Jason Isbell. Originally from Greenhill, Alabama, during his five years with Drive-By Truckers, Isbell contributed a number of significant songs to the albums he worked on.

Due to changes at Lost Highway, the Truckers were released from their contract and signed with Austin-based record label New West, for the follow-up to Southern Rock Opera, 2003’s Decoration Day. Like its predecessor, the album received broad praise from fans and critics alike. Although it isn’t a concept album, the songs of Decoration Day explore a common theme of hard decisions in the context of marriage, incest, break-ups, revenge, murder, and suicide are major themes.

After years of producing and playing with Drive-By Truckers, bassist Earl Hicks left the band on December 22, 2003. Hicks was immediately replaced by studio bassist Shonna Tucker, then wife of guitarist Jason Isbell. Tucker had previously guested on Decoration Day playing upright bass on the Cooley-penned track, “Sounds Better in the Song”.

In 2004, Drive-By Truckers released The Dirty South. Like Southern Rock Opera, The Dirty South was a concept album. The Dirty South further explored the mythology of the South, with songs focusing on Sam Phillips and the Sun Records crowd, John Henry and his hammer, and a three-song suite about Sheriff Buford Pusser.

After touring throughout 2004 and 2005, Drive-By Truckers found their way to the Fidelitorium Recording Studio in Forsyth County, North Carolina during late 2005. These recording sessions, once again produced by David Barbe, resulted in the band’s seventh LP, A Blessing and a Curse.

Released on April 18, 2006, A Blessing and a Curse showcased Drive-By Truckers’ ability to branch out into new territory, and can be seen as the band’s attempt at shaking labeling by critics, detractors, fans, and followers, particularly the Southern rock label that has haunted the band since Southern Rock Opera. The album sounds less like Skynyrd, and more closely resembles the bare-bones British rock of the early 1970s such as The Rolling Stones and Faces. Tom Petty’s influence on the band’s sound is more prominent on this album as well.

In 2006, Drive-By Truckers reunited, both on-stage and on-record, with Athens-based pedal steel guitarist, John Neff. Neff first played with the band on their 1998 debut LP, Gangstabilly, and played pedal steel on three subsequent albums, 1999’s Pizza Deliverance, and 2003’s Decoration Day. Neff was featured heavily on the 2006 release, A Blessing and a Curse. During the next year, Neff began touring with the band as an unofficial sixth member.

On April 5, 2007 Jason Isbell announced that he was no longer a member of the band. The following day, Patterson Hood confirmed the break on the official site. In his letter to the fans, Hood described the parting of ways as “amicable” and expressed the hope that fans would continue to support Drive-By Truckers as well as Jason’s solo efforts. In the same letter, Hood announced that John Neff would become a full-time member playing both guitar and pedal steel.

Shortly after Isbell’s departure, on April 20, 2007, Patterson Hood announced via the band’s website that a longtime friend of The Hood Family, Spooner Oldham, would be joining the band playing keyboard for a string of acoustic performances called The Dirt Underneath Tour.

Drive-By Truckers performed as backup musicians for Bettye LaVette’s 2007 album, The Scene of the Crime. The album went to #1 on Billboard’s Blues Chart and was nominated for a Grammy Award for Best Contemporary Blues Album. Partly as a result of this collaboration, the Truckers went on to act as the backing band for Booker T Jones for his first recording in more than a decade. The album, Potato Hole, was well received by critics and it resulted in numerous shows together.

On January 22, 2008, the Drive-By Truckers’ eighth album, Brighter Than Creation’s Dark (named after a line in a Cooley song entitled “Checkout Time in Vegas”), was released in the US and went to #37 on the Billboard 200 album charts. Once again, David Barbe produced the album and artist Wes Freed provided the artwork. The album has nineteen tracks and features the first song contributions from bassist Shonna Tucker.

The band’s ninth album “The Big To-Do” was issued on March 26, 2010 on ATO Records, the label founded by Dave Matthews and home to such artists as My Morning Jacket, Radiohead, The Whigs and Brendan Benson. 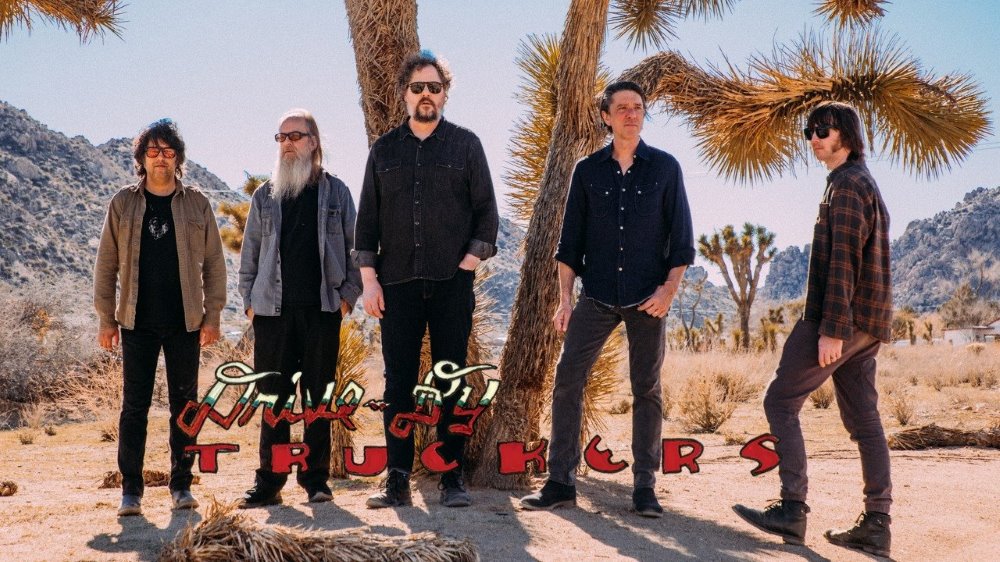 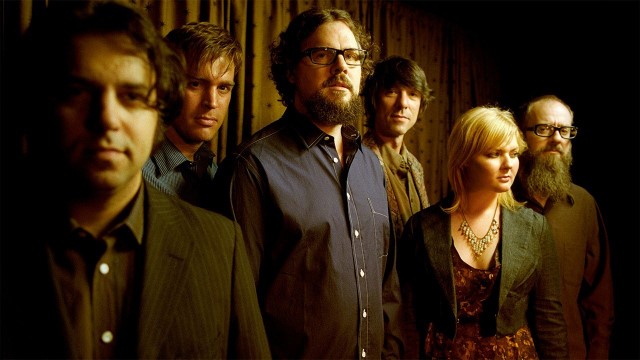 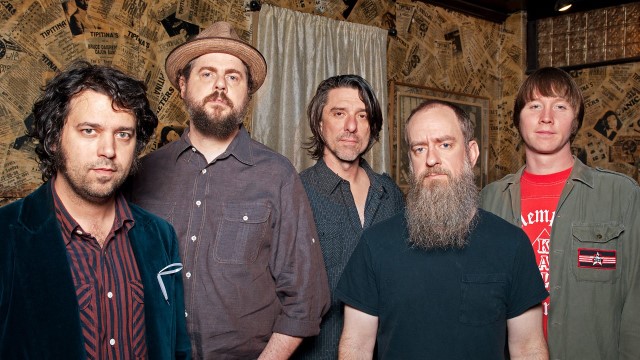 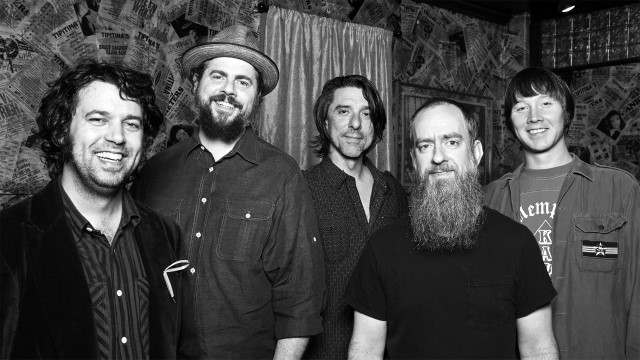 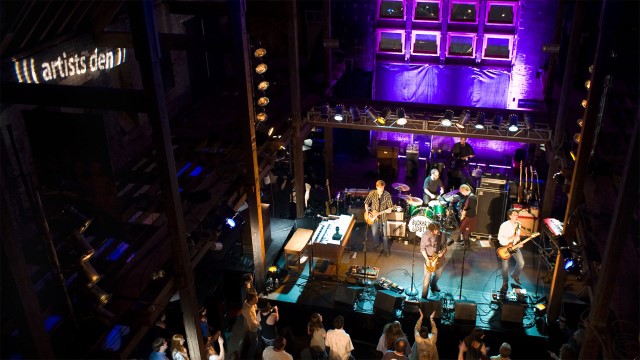