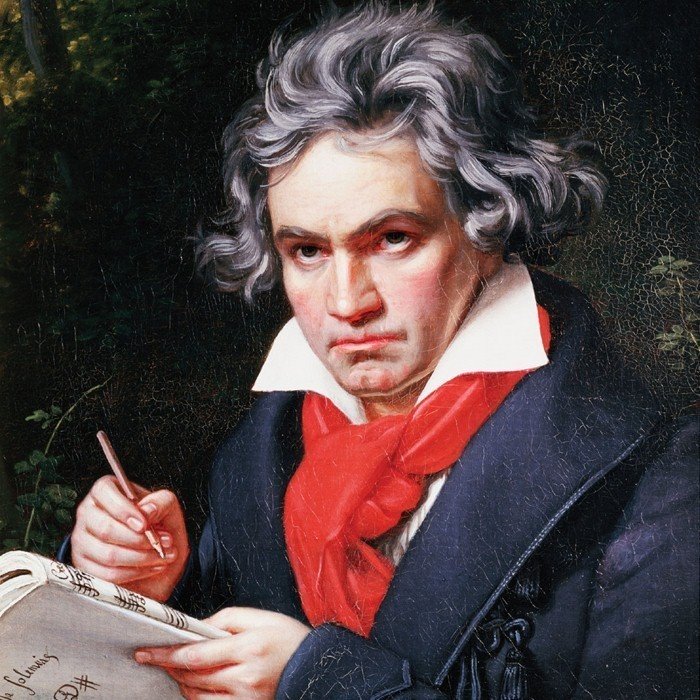 Ludwig van Beethoven (baptized 17 December 1770 – 26 March 1827) was a German composer and pianist. A crucial figure in the transition between the Classical and Romantic eras in Western art music, he remains one of the most famous and influential of all composers. His best known compositions include 9 symphonies, 5 concertos for piano, 32 piano sonatas, and 16 string quartets. He also composed other chamber music, choral works (including the celebrated Missa Solemnis), and songs.
Born in Bonn, then the capital of the Electorate of Cologne and part of the Holy Roman Empire, Beethoven displayed his musical talents at an early age and was taught by his father Johann van Beethoven and Christian Gottlob Neefe. During his first 22 years in Bonn, Beethoven intended to study with Wolfgang Amadeus Mozart and befriended Joseph Haydn. Beethoven moved to Vienna in 1792 and began studying with Haydn, quickly gaining a reputation as a virtuoso pianist. He lived in Vienna until his death. About 1800 his hearing began to deteriorate, and by the last decade of his life he was almost totally deaf. He gave up conducting and performing in public but continued to compose; many of his most admired works come from this period. Beethoven was the grandson of Lodewijk van Beethoven (1712–73), a musician who came from Mechelen in present-day Belgium who moved at the age of twenty to Bonn. Lodewijk (Ludwig is the German cognate of Dutch Lodewijk) was employed as a bass singer at the court of the Elector of Cologne, eventually rising to become Kapellmeister (music director). Lodewijk had one son, Johann (1740–1792), who worked as a tenor in the same musical establishment, and gave lessons on piano and violin to supplement his income. Johann married Maria Magdalena Keverich in 1767; she was the daughter of Johann Heinrich Keverich, who had been the head chef at the court of the Archbishopric of Trier.
Beethoven was born of this marriage in Bonn. There is no authentic record of the date of his birth; however, the registry of his baptism, in a Roman Catholic service at the Parish of St. Regius on 17 December 1770, survives. As children of that era were traditionally baptised the day after birth in the Catholic Rhine country, and it is known that Beethoven's family and his teacher Johann Albrechtsberger celebrated his birthday on 16 December, most scholars accept 16 December 1770 as Beethoven's date of birth. Of the seven children born to Johann van Beethoven, only Ludwig, the second-born, and two younger brothers survived infancy. Caspar Anton Carl was born on 8 April 1774, and Nikolaus Johann, the youngest, was born on 2 October 1776.
Beethoven's first music teacher was his father. Although tradition has it that Johann van Beethoven was a harsh instructor, and that the child Beethoven, "made to stand at the keyboard, was often in tears," the Grove Dictionary of Music and Musicians claimed that no solid documentation supported this, and asserted that "speculation and myth-making have both been productive." Beethoven had other local teachers: the court organist Gilles van den Eeden (d. 1782), Tobias Friedrich Pfeiffer (a family friend, who taught Beethoven the piano), and Franz Rovantini (a relative, who instructed him in playing the violin and viola). Beethoven's musical talent was obvious at a young age. Johann, aware of Leopold Mozart's successes in this area (with son Wolfgang and daughter Nannerl), attempted to exploit his son as a child prodigy, claiming that Beethoven was six (he was seven) on the posters for Beethoven's first public performance in March 1778.
Some time after 1779, Beethoven began his studies with his most important teacher in Bonn, Christian Gottlob Neefe, who was appointed the Court's Organist in that year. Neefe taught Beethoven composition, and by March 1783 had helped him write his first published composition: a set of keyboard variations (WoO 63). Beethoven soon began working with Neefe as assistant organist, at first unpaid (1781), and then as a paid employee (1784) of the court chapel conducted by the Kapellmeister Andrea Luchesi. His first three piano sonatas, named "Kurfürst" ("Elector") for their dedication to the Elector Maximilian Frederick (1708–1784), were published in 1783. Maximilian Frederick noticed Beethoven's talent early, and subsidised and encouraged the young man's musical studies. 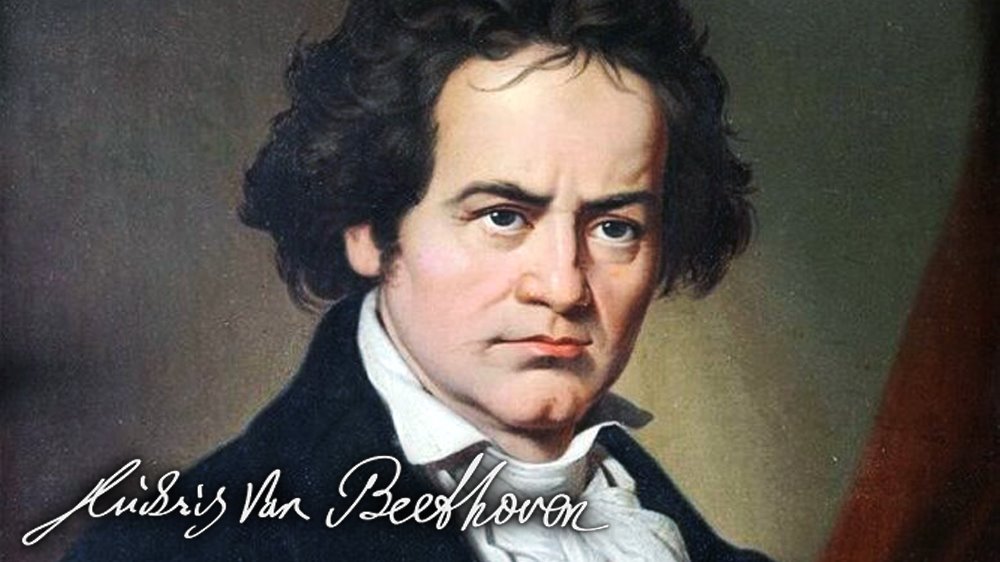 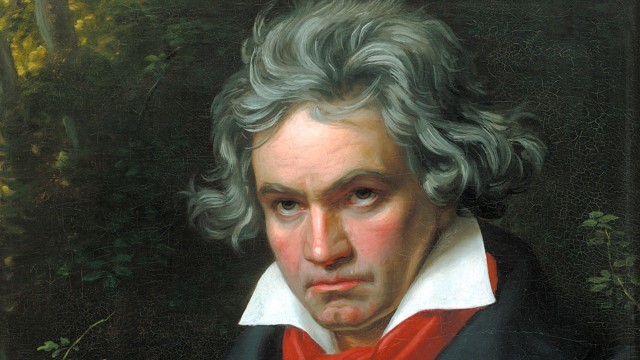 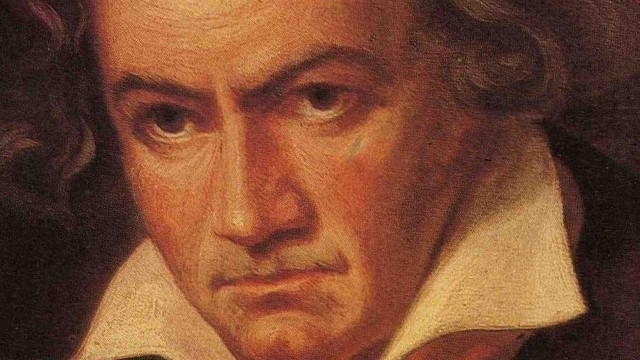 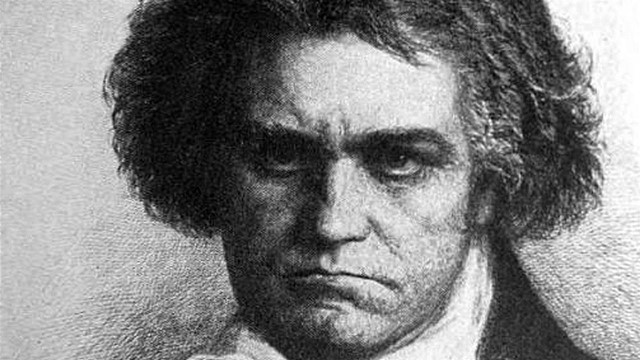 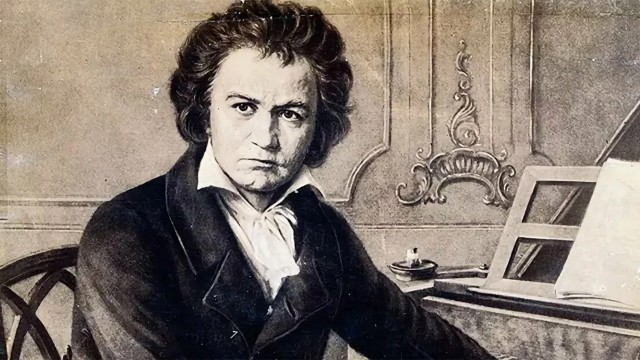