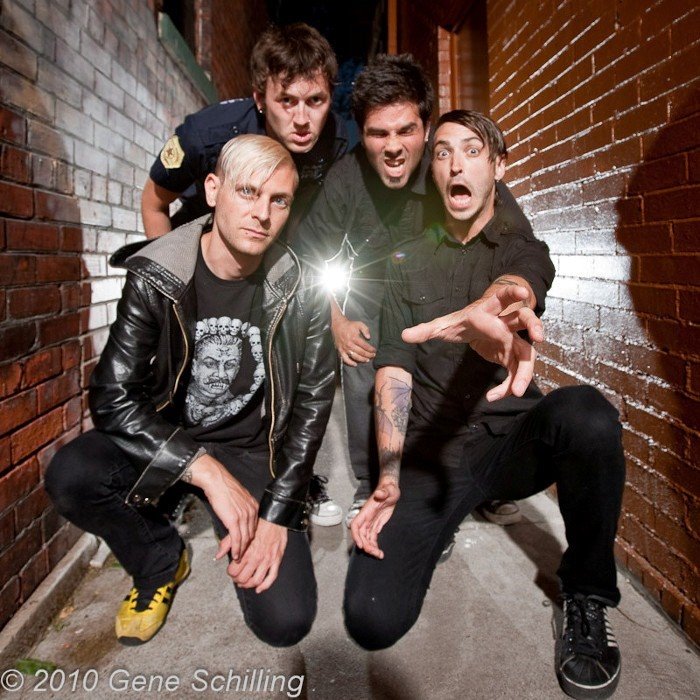 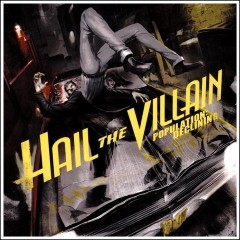 "They say the singer should calm the fuck down," says singer Bryan Crouch. "But it's not enough to just be a good band. It's about putting in the extra effort. It's saying to the audience 'I ain't quitting so you better not quit. You better shout and scream because that's what makes the show better.'" Hail The Villain is a band with big ideas. They aren't satisfied with writing songs, making an album and going out on tour. They want to create an entire Hail The Villain universe that includes not only the music, but a dynamic live show, animated videos, a comic book, a unique interactive website, and maybe even a movie someday. "Most people are going to aim for what's attainable," says Crouch. "For us, it's aiming for what's unattainable." Hail The Villain attack their career with the same hard-nosed approach you'd expect from growing up in Canada's automobile manufacturing town of Oshawa, Ontario. From the moment they finished recording their debut album, they have been pain-stakingly involved in all creative elements that connect to fans in their vision. The band came together in 2003 when Bryan Crouch quit school and used his parent's student loan to record an album under the name Mr. Nobody Soon. Crouch played most of the instruments on the album, but needed to put a group together to perform live. He first turned to his childhood friend Chad Taylor to play bass. Guitarist Joseph Stamp made a musical connection with Crouch during a chance meeting at a local club. He had been working behind the scenes in a recording studio, and was dying to strap on his guitar again. Joseph reached out to his friend Drew Dockrill to play drums and the journey began. "We were very much a hired support band," says Chad. "But soon enough we started writing together." "Joe made it clear from the start that he's a writer and that he's not going to be pushed to the side", recalls Crouch. "And I made it clear that if you've got a better song, bring it to the table. It's been that way ever since in the band - best idea always wins." One day while jamming, Joe played a new riff on his guitar. The rest of the band fell in step and that riff became "My Reward". That moment of epiphany helped the band find its path. "I always found that the "My Reward" sound was the direction we really liked," explains Crouch. "Its got the march, its got the stomp, its got the four on the floor - all the things we love about hard rock." Over the next couple of years the Villains continued to work on their songs, but it wasn't until they met producer Darryl Romphf and Engineer Alex "Condor" Aligizakis that they felt confident that their sound and energy could be captured on record. After flying in from Vancouver for pre-production, Darryl, Condor, and the band moved to a farm in Dashwood, Ontario where they set up a hi-tech studio in a barn. As the music had gotten heavier and edgier, Crouch's lyrics also became darker and far more personal. "When I was writing, I was under a lot of stress and was paranoid as fuck," says the singer. I thought my health was not right, I thought I was in trouble. I made so many crazy mistakes instead of choosing the right path like my brother did. We all dropped out of school... I was just freaking out. This record was the be all and end all. If this didn't work, I'd have to find a job and smarten up." Darryl pushed Bryan to embrace these feelings and express them in his lyrics. "For the first time in my life I actually said it. Everything from 'Swan Dive', which I will never talk about because it's so incredibly personal, to 'Take Back The Fear', which was when I was coming out of my paranoia saying that I'm not going to be scared anymore. I'm going to find out what's wrong." While designing the artwork, the band discovered that they had given birth to far more than the twelve songs on the record. "Normally I would do the graphic design for the band" says Taylor. "I tried different concepts but they all looked pretty generic. Joe came up with the idea of doing the CD artwork like a comic book, and it grew from there. Drawing inspiration for the album's songs, the band created a tale of hate, lust and deceit. They gave the characters life and then set out to give them form. Enter Rune Entertainment, an animation production house. With the band, they created the shocking animated video for the first single "Take Back The Fear", a Hail The Villain comic book, and a groundbreaking interactive website (www.hailthevillain.com). In the spring of 2009, Hail The Villain inked a record deal with Warner Music Canada, and by the summer Roadrunner Records had come on board to release the album in the United States. Population: Declining will be released in the summer of 2010 along with the rest of the Hail The Villain universe. "I think the audience wants artists that are more than just a band that they're going to forget about six months after their first hit single," says Crouch, always insisting on the last word. "It even keeps me excited because I don't even know what we're going to do next. It's going to be some stupid conversation with some stupid idea, and then 'BOOM'." Hail The Villain is no longer together Bryan left the band do to vocal injuries, and is now with Six Side Die. 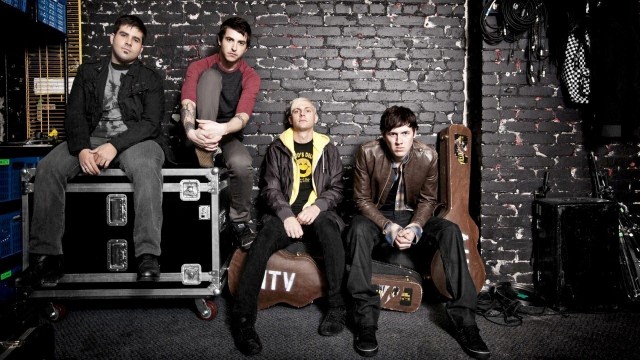