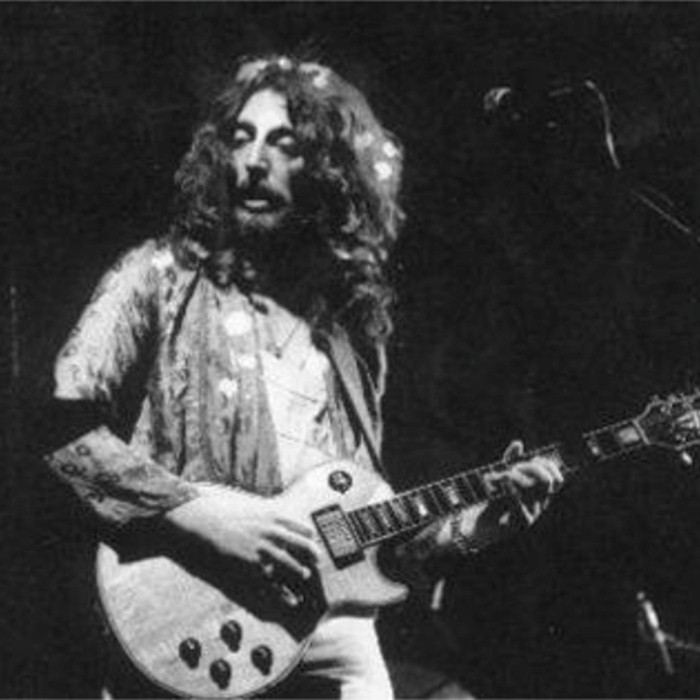 Stephen Simpson "Steve" Hillage (born 2 August 1951, Chingford, London, England) is an English musician, best known as a guitarist. He is associated with the Canterbury scene and has worked in experimental domains since the late 1960s. Besides his solo recordings he has been a member of Gong, Khan and System 7.
Whilst still at school, he joined his first band, a blues rock band called Uriel, with Dave Stewart (the keyboardist), Mont Campbell and Clive Brooks. The band split up in 1968 with the other members going on to form Egg, but they briefly re-united under assumed names to record the album Arzachel in 1969. Hillage also guested on Egg's 1974 album The Civil Surface.
In 1969, Hillage began studies at the University of Kent in Canterbury, befriending local bands Caravan and Spirogyra and occasionally jamming with them. Meanwhile he wrote songs and, by late 1970, had accumulated enough material for an album. Caravan put him in touch with their manager Terry King, who got Hillage signed with Deram on the basis of a demo of his material recorded with the help of Dave Stewart of Egg. In early 1971, Hillage formed Khan with bassist/vocalist Nick Greenwood, formerly of Crazy World Of Arthur Brown. Although future Gong and Hatfield and the North drummer Pip Pyle was involved in the early stages, the line-up finally settled with the inclusion of organist Dick Heninghem and drummer Eric Peachey, both of whom had recently collaborated on Greenwood's solo project Cold Cuts, recorded in California in 1970 but belatedly released in 1972.

Following a series of concerts throughout 1971, several of them supporting labelmates Caravan, Khan began recording their debut album in November, by which time Heninghem had left, forcing Hillage to bring in his former bandmate Dave Stewart to play the keyboard parts. By the time Space Shanty came out in May 1972, Canadian Val Stevens (formerly of Toronto's popular soul-rock band Grant Smith & The Power) had filled the vacancy, making his debut on a short European tour (including a televised appearance at the Montreux Festival) and continuing with a UK tour supporting Caravan in June.

By then, musical disagreements between Hillage and Greenwood culminated with the latter's departure. Hillage decided to form a new line-up with a slightly different direction, retaining the services of Peachey and asking Stewart back, and adding Nigel Griggs (later of Split Enz) on bass. New compositions by Hillage and Stewart were added to the repertoire, including "I Love Its Holy Mystery", which would form the basis of Hillage's later Solar Musick Suite. Hillage broke up the band in October 1972.

Hillage promptly joined Kevin Ayers' new live band Decadence, participating in Ayers' 1973 album Bananamour (Harvest, May 1973) and touring the UK and France for two months. Having in the meantime become a fan of Gong, Hillage stayed in France after the tour to join the band. In January 1973 he took part in the sessions for Flying Teapot, the first instalment of the "Radio Gnome" trilogy, and soon after graduated to full-time membership. The 'classic' line-up of Gong was now in place, with Daevid Allen, Gilli Smyth, Didier Malherbe, Tim Blake, Mike Howlett and Pierre Moerlen, and recorded two further albums, Angels Egg and You, before disintegrating in 1975.
In November 1973, Hillage participated in a live-in-the-studio performance of Mike Oldfield's Tubular Bells for the BBC. It is available on Oldfield's Elements DVD.

When Allen, Gong's founder and mastermind, left in April 1975, Hillage took over leadership but found this position increasingly uncomfortable, and by the year's end had jumped ship to launch his solo career, his motivation to do so fuelled by the success of his solo album Fish Rising, recorded while still in Gong and featuring most of his bandmates. His next effort L album was recorded in the United States using musicians from Todd Rundgren's Utopia, and on its release Hillage formed a touring band which toured in late 1976. During the latter half of the 1970s, Hillage made a name for himself as a guitarist and prog-rock/fusion composer and performer. 1977's Motivation Radio, with its shorter tracks, marked a departure from the long instrumental workouts of previous efforts, but 1978's Green, co-produced by Pink Floyd's Nick Mason, was a return to his earlier work.

These 1970s works (tacitly in collaboration with his longtime girlfriend Miquette Giraudy) blended complex studio production techniques with dreamscape anthems. Hillage spent time in the Ladbroke Grove area of London, home of the UK Underground and worked with Nik Turner founder member of Hawkwind.
In 1977 Hillage played onstage with punk band Sham 69 during their performance at the Reading Festival, and in 1979, he played guitar on "Nuclear Waste" by The Radio Actors with lead vocals by Sting.

During the 1980s, Hillage worked as a record producer, working for artists such as It Bites, Simple Minds, Murray Head, Nash The Slash, Real Life, Cock Robin, Tony Banks and Robyn Hitchcock. He returned to producing in the 1990s, working on The Charlatans 1994 album, Up to Our Hips.

After hearing the likes of The Orb playing his 1979 ambient record Rainbow Dome Musick, Hillage and Giraudy began performing in the early 1990s as ambient dance act: System 7. They soon became part of the underground dance scene in London and Hillage was also a key figure in getting the Glastonbury Festival to recognise the dance scene and set up the Dance Tent, which he programmed in its first year. Hillage also produced in the 1990s a raï musical show called '1, 2, 3 Soleils', featuring Algerian singers Faudel, Rachid Taha and Khaled. He also arranged many songs of Latifa.

In November 2006, he made a surprise return to the Gong fold when he and Giraudy performed with (most of) the "classic era" lineup of Gong performing a set consisting almost entirely of material from the Radio Gnome Trilogy and Camembert Electrique at the Gong Unconvention at the Melkweg in Amsterdam. Hillage and Giraudy also performed in various guises over the weekend. First as the "Steve Hillage Band" with synthesizer player Basil Brooks, Gong bassist Mike Howlett and current Gong drummer Chris Taylor, playing mostly material from Hillage's 1970s solo albums. They also performed a set as System 7. Hillage, along with Daevid Allen and up to 10 or more guitarists, also contributed to the "Glissando Orchestra", a one hour plus performance where a number of guitarists all played mostly continuous drone notes with some gentle melodic lines overlaid.
In January 2007, four of his albums - Fish Rising, L, Motivation Radio and Rainbow Dome Musick - were released in the UK remastered on CD, each, except the latter, with previously unreleased bonus tracks. In February 2007, Green, Live Herald, Open and For To Next/And Not Or followed, similarly remastered with bonus content.

Hillage and Giraudy's participation in the Gong Unconvention was reprised in a small number of concerts held by Gong in London in June 2008, where Hillage and Giraudy were among the line up which also included Daevid Allen, Gilli Smyth, and Mike Howlett. At these concerts, Hillage also played one track from his own solo repertoire: "Light in the Sky" from Motivation Radio. Hillage and Giraudy worked most recently on their 2009 album 2032 (which Hillage also produced), and has continued to tour with the band throughout 2009 and 2010. They were absent, however, on Gong's 2012 tour.

Hillage also collaborated with Ozric Tentacles on the 2004 album Spirals in Hyperspace.

"Light in the Sky", from his 1977 album Motivation Radio, was used as the theme for The Sunday Night Project on Channel 4. 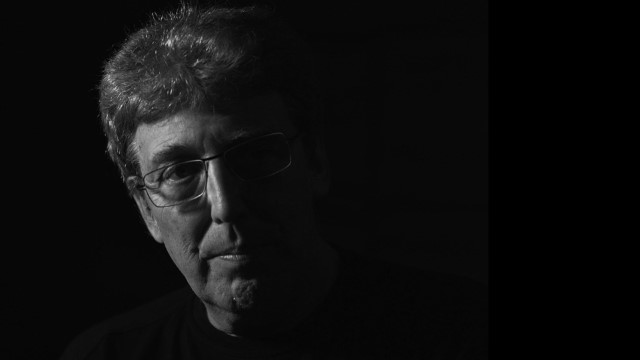 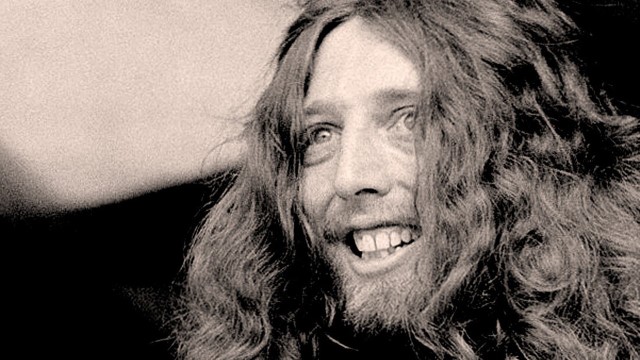 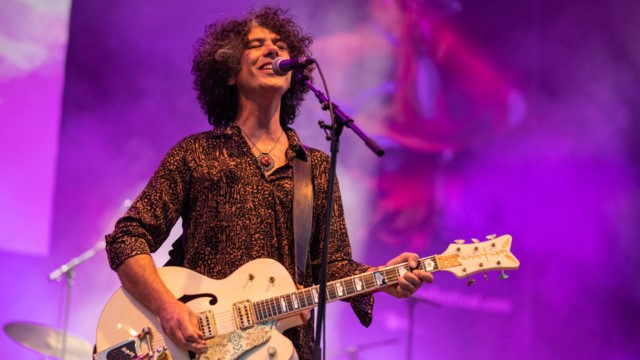