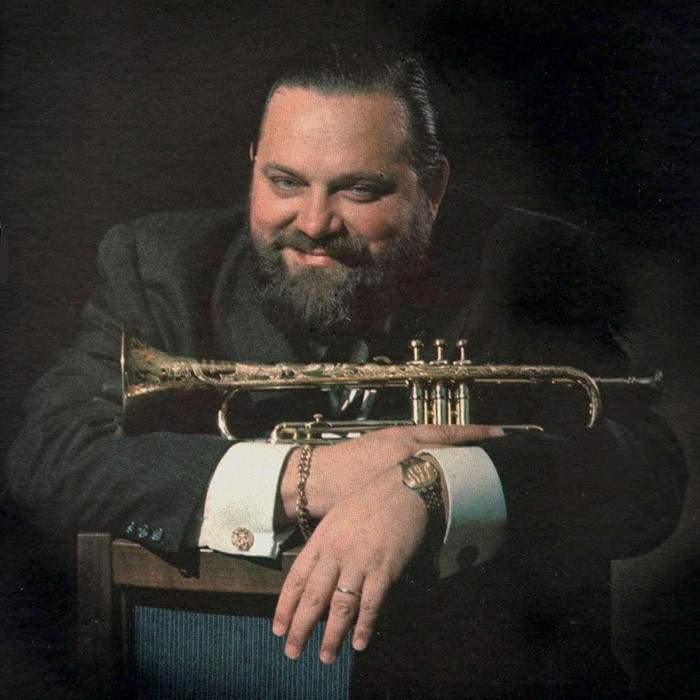 For the Good Times (0)
+2 Extra releases

Hirt, Al (7 Nov. 1922-27 Apr. 1999), jazz musician, was born Alois Maxwell Hirt in New Orleans, Louisiana, the son of Alois Hirt, a policeman, and Linda Guepet Hirt. According to family lore, the elder Hirt bought his six-year-old son a trumpet at a neighborhood pawnshop. When the mouthpiece stuck, the father tried to fix it by closing a door on it, causing a slight air leak. Young Al had to blow all the harder to play, but he kept at it, gaining power as well as skill. Local teachers encouraged his obvious talent, and soon he was playing in a junior band sponsored by the police department. Over the years he played a wide repertoire with various school ensembles and seemed destined for a career in music. Although jazz would have been a natural choice--New Orleans was a leading center for the genre--Hirt was encouraged to seek training in traditional forms of music, and during his teens he studied the classical trumpet literature with members of the music faculty at Loyola University in New Orleans.

Following Hirt's graduation from high school in 1940, he entered the Cincinnati Conservatory of Music on a classical music scholarship. He joined both the conservatory's symphony orchestra and the symphonic band, playing first trumpet in the orchestra and serving as cornet soloist in the band. During this time, he also soloed with the New Orleans and Cincinnati symphonies. In his spare time, Hirt taught himself pop and jazz standards by listening to radio broadcasts and recordings of famous trumpeters of the day, including Harry James and Roy Eldridge. By the end of his second year at the conservatory, Hirt was making money on the side as a jazz musician.

In the late summer of 1942, Hirt married Mary Patureau, whom he had known in high school. The United States was now engaged in World War II, and in the fall of 1942 Hirt enlisted in the army. He spent much of the next four years in Europe, playing with the Eighty-second Army Air Force Band. By the time of his discharge in 1946, he had a growing family to support--the couple eventually had eight children--and he decided to forgo symphonic music in favor of a more lucrative career as a big-band musician. Hirt quickly found employment with some of the biggest names in the business, touring the country successively with the likes of the bandleaders Tommy and Jimmy Dorsey, Ray McKinley, and Tony Pastor. A small milestone in Hirt's career occurred in 1949, when he was a prizewinner on the weekly Philip Morris Talent Contest radio show; as a consequence he was invited to play with the bandleader Horace Heidt on Heidt's own radio show, and Hirt toured the United States and Europe with Heidt and his band.

Big Band and Dixieland
By the early 1950s, having achieved only modest success, Hirt was ready to settle down in New Orleans with his family. Over the next few years, he held a series of local jobs, working as a studio musician for the radio station WWL, playing in the pit band of a local theater, and entertaining nightclub audiences. Interestingly, Hirt had little experience with so-called Dixieland jazz, his hometown specialty, and during this period he had to train himself to learn its style and technique. According to Hirt himself, improvisation, the hallmark of jazz, did not come easily to him, and he felt comfortable only if he wrote out the notes first before playing them. In his spare time he began playing local gigs on the side with a small band he had organized.

By 1957, finding that music did not pay enough to support his family, Hirt had taken a daytime job as a salesman in a pest control company. This proved to be a fortuitous move: a fellow employee was the son-in-law of Dan Levy, the owner of Pier 600, a well-known nightclub on Bourbon Street, the epicenter of New Orleans jazz. After introductions were made, Hirt auditioned for Levy. Impressed, Levy hired Hirt and his band to play nightly at the club, with Hirt featured in ear-popping trumpet solos. They were a success, and they continued to play at Pier 600 and other local clubs, attracting a loyal following.

"The King"
In 1959, looking for a wider venue, Hirt secured a booking for himself and his band at the Palmer House, a prominent Chicago hotel, and received good reviews. That appearance attracted the attention of Gerald Purcell, a New York agent who traveled the country looking for new talent, and Purcell hired the band to bring its brand of jazz to the Dunes, a Las Vegas nightclub. After playing to full houses there in the fall of 1960, Hirt's fame quickly spread: the ensemble was signed up for an appearance on the television show of the singer Dinah Shore; offered a recording contract by RCA Victor; booked into the New York City jazz club Basin Street East, named in honor of the famed New Orleans music center; and hired to play at an inaugural ball for President John F. Kennedy on 20 January 1961, in Washington, D.C. Variety was soon hailing Hirt, now dubbed "the King," as a new jazz sensation, and his reputation grew even more that spring with the release by RCA Victor of Hirt's first long-playing record, The Greatest Horn in the World. Within a few months the LP had sold more than 100,000 copies. It was soon followed by two more best-selling albums, He's the King and Bourbon Street. Henceforth, a new Hirt LP appeared about every six months for nearly a decade, with total sales numbering in the millions.

During the 1960s Hirt was a national phenomenon, playing to packed audiences in nightclubs and concert halls across the country, including two sold-out appearances at New York's Carnegie Hall in 1965. He often performed with other popular stars, including the singer Ella Fitzgerald, the guitarist Chet Atkins, and the clarinetist Pete Fountain. Hirt's recordings were played repeatedly on the radio, and he made frequent television appearances on The Ed Sullivan Show, The Andy Williams Show, The Perry Como Show, and The Bell Telephone Hour. In 1965 he hosted his own television variety show, Fanfare, and two years later he was the lead performer in the halftime show at the first Super Bowl. During this time, Hirt also inspired many would-be young trumpeters, and his sheet music arrangements of his hits were marketed widely. Hirt and his trumpet were seemingly ubiquitous: he even appeared in two Hollywood films, Rome Adventure and World by Night No. 2 (both 1962). In between tours, Hirt returned home to New Orleans as often as possible to be with his large family and to play regularly at Bourbon Street South, a club he founded in 1960.

Hirt's repertoire included not only New Orleans standards--"When the Saints Come Marching In" became something of a Hirt theme song--but also popular tunes with a jazz-inflected beat, such as "Cotton Candy" and the Grammy-winning "Java." At a time when rock and roll was a dominant force in American popular music, Hirt and his band offered an alternate universe to a diverse group of mainstream listeners, attracting young enthusiasts as well as middle-aged audiences who found in his music an echo of the big-band era they remembered with nostalgia.

Despite popular adulation, critical responses to Hirt's music were mixed. He was often chided for his onstage antics: a large, heavily bearded man, standing six feet, six inches and weighing as much as 340 pounds, Hirt threw his entire body into every performance, jumping and wiggling about the stage, playing the trumpet one-handed while gesticulating with the other, making faces, and interrupting the music to joke with band members and the audience. Some critics suggested, with ill-concealed disdain, that he was a clowning entertainer rather than a musician, playing loudly but with little nuance. Others complained that his eclectic style, though rooted in the music of New Orleans, was wrongly labeled as jazz, a point reinforced by Hirt's having long since given up improvisation in favor of sticking to the score. Hirt himself characterized his music as having what he called "a Nashville sound," by which he meant a fusion of pop and jazz with country and western, the latter picked up from his friend Chet Atkins. As for influences on his playing, Hirt claimed to have been equally inspired by the big-band trumpeters Harry James and Conrad Gozzo and the classic jazz trumpeters Dizzy Gillespie and Miles Davis.

Teacher and Mentor
Hirt himself is given credit for acting as a mentor to many black jazz players and was among the first white New Orleans bandleaders to include African Americans in an ensemble. During the early 1960s he hired Ellis Marsalis to play the piano, and he is credited with giving Ellis's son Wynton, who grew up to become a world-famous trumpeter, his first lessons on the instrument in 1970. That year, Hirt was sidelined for several months when his lip was injured by a brick thrown at the float he was riding on at the annual Mardi Gras celebration. By this time, musical tastes were changing yet again, and the ensuing demise of television variety shows meant that Hirt no longer had a ready-made national audience. Though he continued to tour, his popularity ebbed, and his personal life underwent a significant change when he divorced his wife of thirty-two years in 1974. Increasingly, Hirt remained in his hometown, a beloved fixture playing regularly at his Bourbon Street club until he closed it in 1983. In 1987 he was invited to play at a special ceremony honoring the visit of Pope John Paul II to New Orleans.

In 1984 Hirt married Zide B. Jahncke, but the marriage was dissolved three years later. In 1991 he married Beverly Essel. By this time, Hirt's appearances outside New Orleans were confined to state fairs and the occasional concert hall. In the mid-1990s Hirt suffered a stroke and was subsequently stricken with edema and a liver ailment. These maladies forced his confinement to a wheelchair for the remaining years of his life. During the 1990s most of Hirt's recordings were reissued on CD, including one of his most popular albums, Honey in the Horn, first released in 1963.

In his spare time, Hirt enjoyed fishing for sea trout near his home and spending time with his extensive family, which included ten grandchildren and two great-grandchildren at the time of his death, as well as numerous stepchildren and stepgrandchildren. Hirt was known as a generous man and was beloved by his many friends, who affectionately called him "Jumbo." Unpretentious and fun loving, he made no extravagant claims for his musical accomplishments, taking pleasure only in having brought obvious enjoyment to millions. He died at his home in New Orleans. (American National Biography Online.ANB) 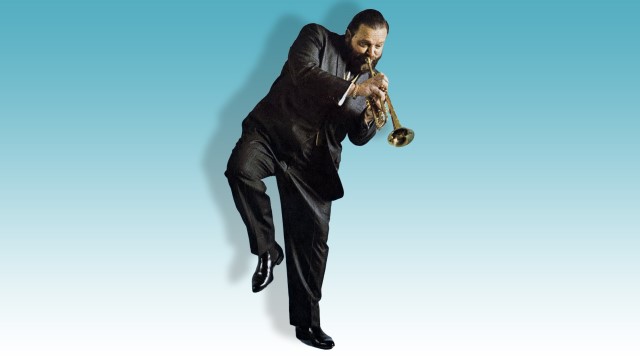