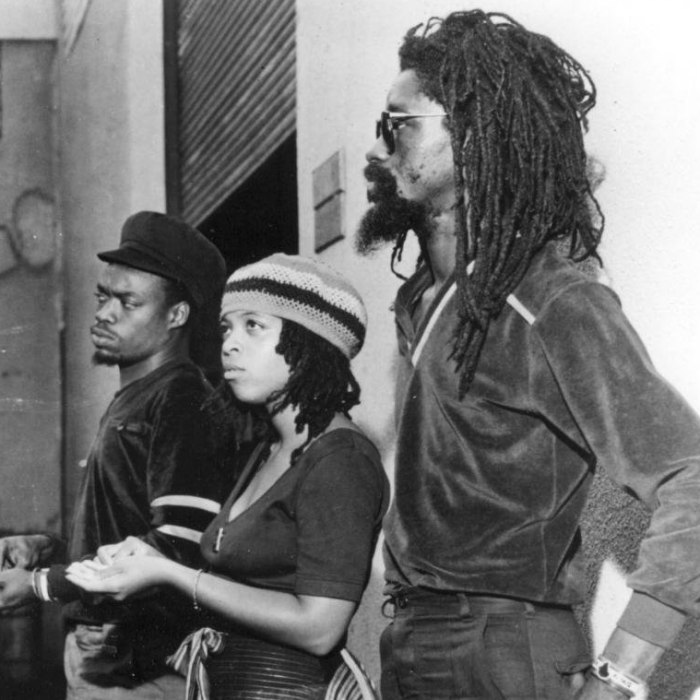 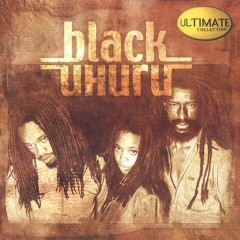 Black Uhuru are a Jamaican reggae group formed in 1972, initially as Uhuru. The group has undergone several line-up changes over the years, with Duckie Simpson always maintaining group control and ownership.
The group formed in the Waterhouse district of Kingston in 1972, initially called simply "Uhuru" (the Swahili word for freedom), with a line-up of Derrick "Duckie" Gong Simpson, founder and CEO, Garth Dennis,and lastly Don Carlos Their first release was a cover version of Curtis Mayfield's "Romancing to the Folk Song", which was followed by "Time is on Our Side"; Neither song was a success and they split up, with Carlos pursuing a solo career, as did Dennis, before joining The Wailing Souls. Simpson also briefly worked with the Wailing Souls, before forming a new version of Uhuru with Errol Nelson (of The Jayes) and Michael Rose, the group now taking the name Black Sounds Uhuru. Their Prince Jammy-produced debut album, Love Crisis, was released in 1977.
Nelson returned to The Jayes in late 1977, and was replaced the following year by Sandra "Puma" Jones, a social worker from South Carolina, USA, who had previously worked as a dancer for Ras Michael & the Sons of Negus, and as a member of the group Mama Africa. The band now took on their most familiar name, Black Uhuru. The group began working extensively with Sly and Robbie, and recorded a string of successful singles, including "General Penitentiary" a re-recording of Rose's solo hit "Guess Who's Coming to Dinner", and "Shine Eye Gal", which featured guest guitarist Keith Richards. The group's second album Showcase drew on these singles, and the band cemented their status with a performance at the 1980 Reggae Sunsplash festival. They planned to record an album with Dennis Brown producing, but this didn't materialize, although two singles, "Wood for My Fire" and "Rent Man", were released. They were signed by Island Records in 1980, who issued the Sinsemilla album to an international audience in 1981. The follow-up, Red reached number 28 in the UK Albums Chart in 1981, Chill Out reached number 38 a year later, and they toured with The Rolling Stones. In 1989, their album Red was ranked #23 on Rolling Stone magazine's list of the "100 greatest albums of the 1980s." Their next studio album, Anthem, appeared in 1984, and won the first ever Grammy Award for Best Reggae Album the following year.
Despite this success, Rose left the group to resume his solo career after falling out with Simpson, and was easily replaced by Junior Reid. They signed to RAS Records and moved in a different direction with the album Brutal and the single "The Great Train Robbery", the latter recorded with New York dance producer Arthur Baker. Although these alienated much of their roots reggae following, Brutal was nominated for a Grammy and "The Great Train Robbery" gave them their second UK hit single, reaching number 62. The band began to disintegrate; their next album with Jammy was started but never completed, they stopped working with Sly and Robbie, and Jones left the band due to ill health (she died in 1990 from cancer). Her replacement was Janet "Olafunke" Reid, and the group returned in 1988 with the Positive album. Reid was unable to obtain a US visa, and unable to tour and thus left the band. 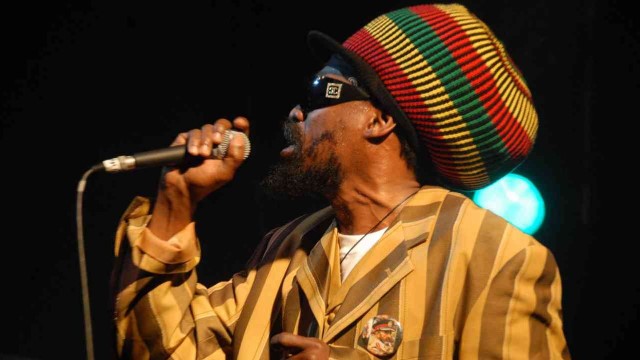