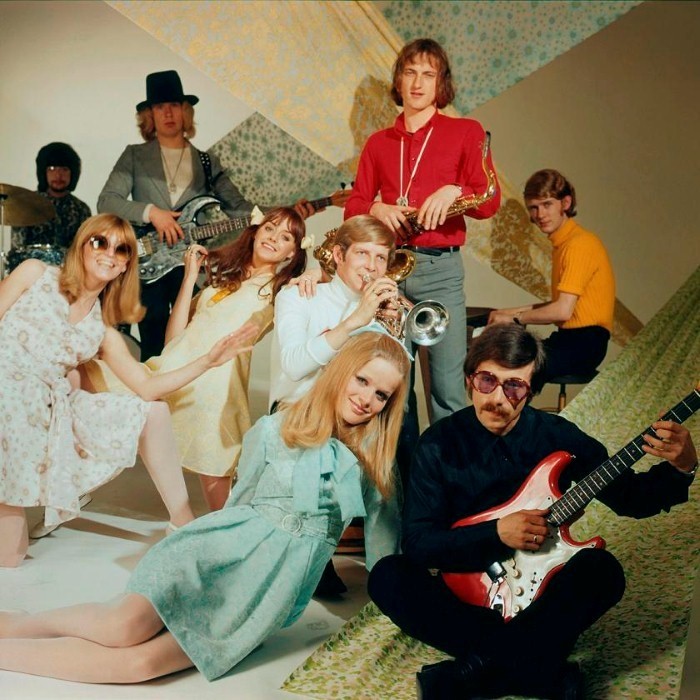 In 1958 the school band The Jokers is formed in Haarlem. Members are Hans Alta (bass), Rein van den Broek (trumpet), Tim Griek (drums, he was the producer for the first Brainbox album, he died in a car crash in 1988) and Huib van Kampen (guitar/saxophone). The play covers of well known songs. In 1965 the name is changed to Incrowd. In 1967, the name has already changed to Ekseption because there is another Dutch band with the name Incrowd. The band is also joined by Rob Kruisman, who becomes the new bandleader. Later that year Rick van der Linden (keyboards) joins the group. Van der Linden is a classically trained musician who finished Conservatory and has played with several jazz- and popgroups, one of them was the Occasional Swing Combo. They meet each other, because both bands play at the same gig. Rein van den Broek is impressed by the playing of Rick van der Linden and asks him to join Ekseption. In 1968 the band enters the Loosdrechtse Jazz Concours and wins the first prize. As winners they win a record deal with Phonogram. So at the end of the year Ekseption is about to record their debut album with producer Tony Vos. By this time Hans Alta and Tim Griek are replaced by bass guitarist Cor Dekker (died in 2005) and drummer Peter de Leeuwe. The music on this album is very much inspired by the English group The Nice, so it is a mix between rock and classical music. As a first single Beethoven's The Fifth is chosen and it becomes an instant hit for the band. The follow up singles Rhapsody in Blue and Air become big hits as well. Because of this chart success Rick van der Linden becomes the new bandleader. In 1969 Rob Kruisman leaves the band because he is not happy with the new musical approach. Shortly after that co-founder Huib van Kampen also leaves the band (he dies in 2003). He left the music business, and became a music teacher.

Dick Remelink was the replacement of Rob Kruisman and Dennis Whitbread (real name Dennis Witbraad) was the temporary replacement of Peter de Leeuwe. In this formation Beggar Julia's time trip was recorded, aided by vocalist Michel van Dijk, who also went on tour with Ekseption but was unhappy because Ekseption was mainly an instrumental group. It is a concept album about a medieval woman who makes a musical journey through time. The same year their third album, Ekseption 3, is released. On this album Peter de Leeuwe has returned and Michel van Dijk is replaced by Steve Allet (his real name is Coen Merkelbach). Van Dijk reappeared as vocalist with Brainbox and Alquin in 1975. It is another concept album, this time it contains the story of Le Petit Prince van Saint Exupéry.

In 1971 Ekseption can be heard with the Royal Philharmonic Orchestra on 04:00. Their fifth album is released in 1972. This album also featured a song by their inspirers, The Nice. The band tours a lot through the whole of Europe and in 1973 this leads to some friction within the band. Because of this Dick Remelink and Peter de Leeuwe leave the band. On their next album, Trinity, they are replaced by Jan Vennik and Pieter Voogt. The sales of this album are not as good as they are used to, and there is also no hit single on it.

In 1974 Rick van der Linden is forced to leave the band. He forms a new band, Trace, with ex-Focus drummer Rick van der Linden (no relative) and ex-Cuby and the Blizzards bass player Jaap van Eik. On the first Ekseption album without Rick van der Linden, Bingo, he is replaced by Hans Jansen. The music on this album is much jazzier. A year later the album Mindmirror is released, but because of lack of success, the band stops.

A few ex-Ekseption member form a new group Spin. They are Van den Broek, Vennik, Jansen and Hans Hollestelle, who are accompanied by Jan Hollestelle (bass guitar) and Cees Kranenburg (drums). They release two albums, Spin in 1976 and Whirlwind in 1977, with fusion like music. Commercial it is not a big success.

In 2003 there is a whole new Ekseption line-up, this time it consists, next to Rick van der Linden, of his wife Inez van der Linden (vocals) and a bunch of Canadians: Mark Inneo (drums), Bob Shields (guitar), Meredith Nelson (bass guitar) and Peter Tong (keyboards). They tour through Holland and Germany in the summer.

At the end of 2005 Rick van der Linden gets seriously ill and on January 28 in 2006 he dies after the complications of a brain stroke in a hospital in Groningen. 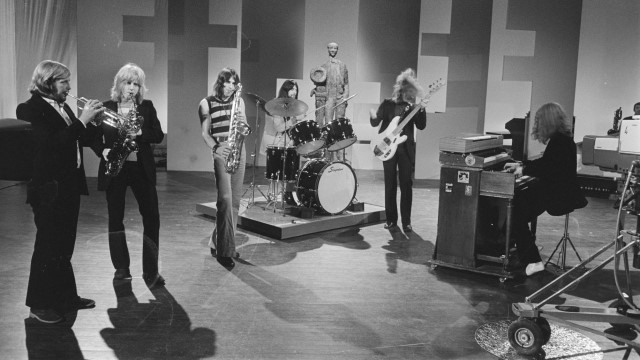 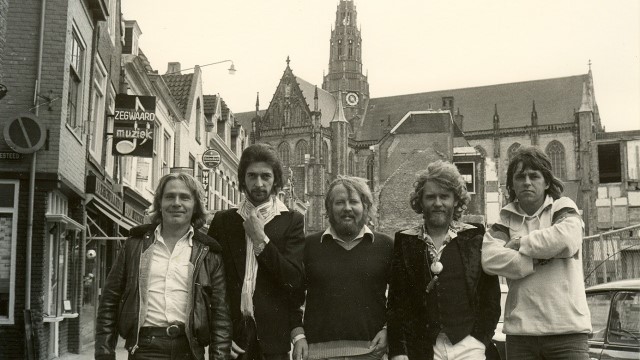