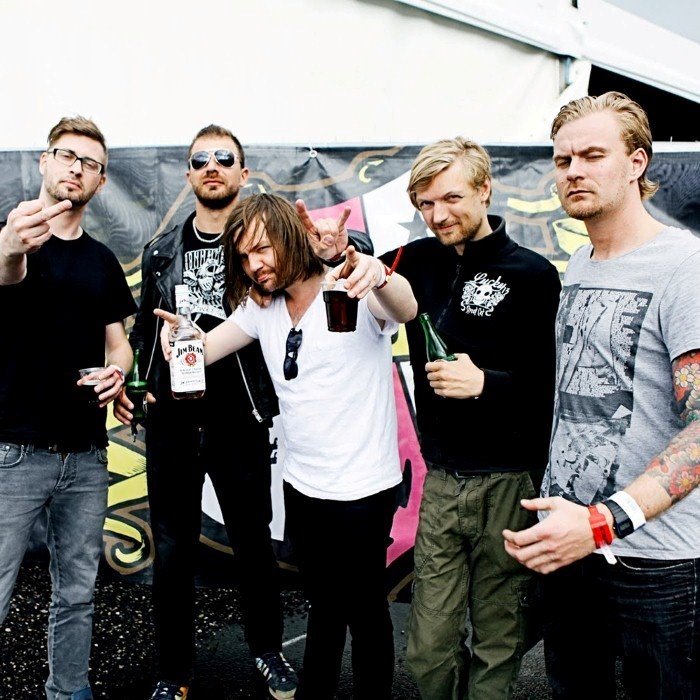 Raunchy is a metal band from Denmark, formed in 1994. They have released five studio albums, and are currently signed to Lifeforce Records.
Raunchy was founded in 1992 by Jesper Tilsted, Jesper Kvist, and Morten Toft Hansen, who started playing mostly covers from bands such as Metallica and Slayer. Lars Vognstrup and Lars Christensen joined the band in 1994, and in 1995 they record their first demo, at Borsing Recordings in Århus. The song "Space Story" from the demo was later released on the compilation CD Extremity Rising vol. 1, a rock compilation from Serious Entertainment. Two demos (and two more Extremity Rising inclusions later) the band finally get their record deal, with Mighty Music's sub label Drug(s) in 2000. A few months later, Raunchy entered the Aabenraa Studio with producer Jacob Hansen to record Velvet Noise. In 2001 the album was released in Scandinavia and was very well received by the press. After the release, keyboardist and supporting vocalist Jeppe Christensen joined the band.
The year 2002 proved to be crucial for the band: as the first Danish band ever, Raunchy signs a contract with one of the world biggest metal labels, Nuclear Blast Records, who release Velvet Noise, which was released in Europe. Raunchy played at the German festival Summerbreeze. They recorded a cover of Wham!'s "Last Christmas" and a new song called "Decemberklar" for Denmark's National radio, produced by Tue Madsen at Antfarm Studios. The songs proved to be extremely popular. In 2003 Velvet Noise was released in North America, and in the summer the second album, Confusion Bay, is recorded, again with producer Jacob Hansen.
The year 2004 started off with singer Lars Vognstrup leaving the band. Kasper Thomsen was recruited as the new lead singer to replace Lars. In February Confusion Bay was released. An animated video for the track "Watch Out" is made by the critically acclaimed director Anders Morgenthaler and the video received airplay on channels like VIVA+ and MTV2. The band performed a whole concert live on Danish National Radio, and in August the band performed at the Wacken in front of 4000 fans.
In 2005 Raunchy signed to a new label, Lifeforce Records and began recording of Death Pop Romance in summer 2005. At the end of the year the band performed at the Danish Metal Awards. The show was broadcasted live on the Danish radio and marks the band's third radio appearance. Death Pop Romance was released in early 2006, where it received good reviews among critics. Raunchy supported American heavy metal band Soulfly on all German tour dates. The band also played at the popular With Full Force Festival in Leipzig in front of 10 000 fans. In 2006, the band continued to tour to promote Death Pop Romance along with support gigs such as Ill Niño and Hatebreed. The band embarked on a full-length European tour called Danish Dynamite Tour, together with Hatesphere and Volbeat, and played at 2008's Roskilde Festival.
In summer 2008 Raunchy released their fourth album Wasteland Discotheque. The album was generally well received among the press. In late 2008 Raunchy went on a small tour with Volbeat in Germany. In April 2009, almost a year after Wasteland Discotheque was released, Raunchy did a music video for the track "Warriors", directed by Andreas Krohn, after that they went on a tour called "Weekend Warriors Tour", in Denmark and Sweden, and in July and August the band played at the big metal festivals With Full Force and Summer Breeze Open Air.
Their fifth album, A Discord Electric, was released September 20, 2010. 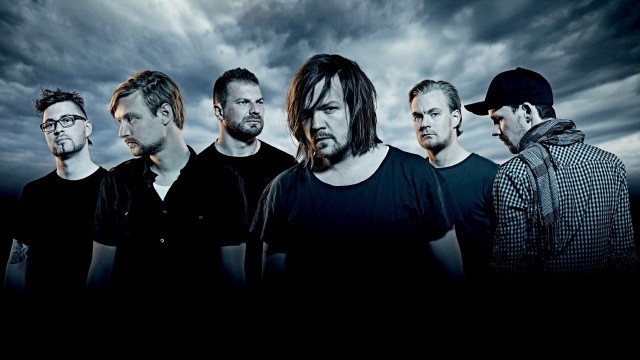 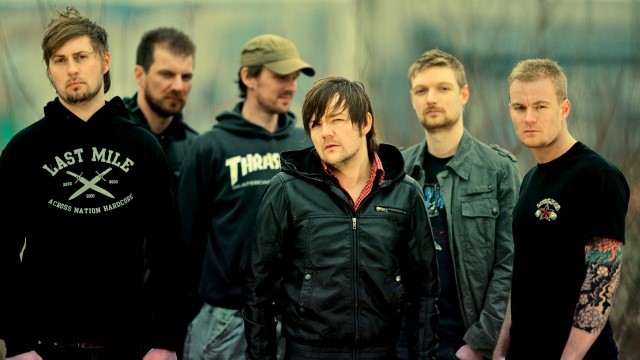