Specs of Pictures Burnt Beyond (2006)

Zero Hour is a progressive metal band formed by twin brothers Jasun Tipton and Troy Tipton in Pleasanton, California in 1993. The band is signed by Sensory Label. New vocalist Chris Salinas joined the band for their 2006 album Specs of Pictures Burnt Beyond, replacing Fred Marshall. Salinas had previously fronted another progressive metal outfit, Power of Omens, which disbanded in 2005 after two albums.
The band is currently on hiatus as guitarist Jasun Tipton has stated that he will concentrate on his new band Cynthesis until his brother Troy Tipton fully recovers from his arm surgery. 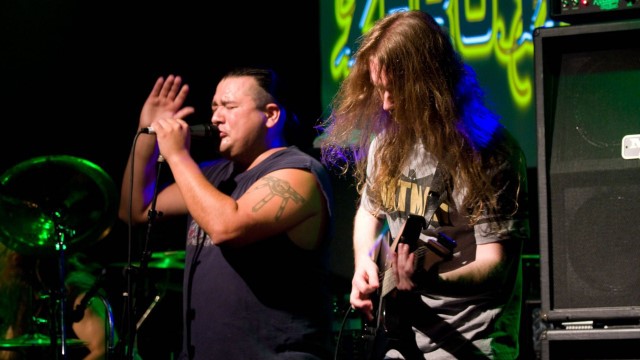