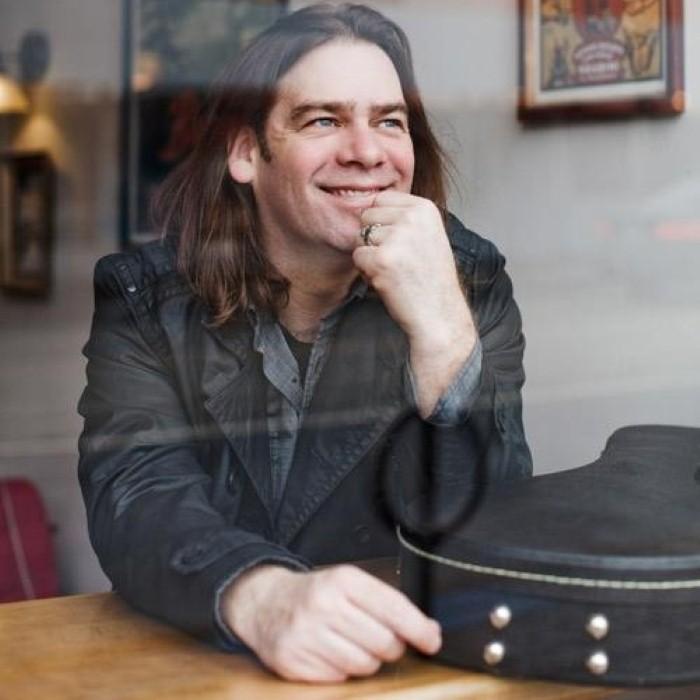 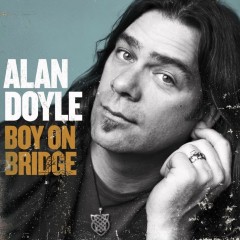 Alan Doyle’s hometown of Petty Harbour, Newfoundland, is a small fishing village surrounded by high hills and steep cliffs, and is divided by a fast running river, which flows into the open sea. Near his childhood house a small bridge not only bridged the river, but also the Catholic and Protestant sides of the town. The grandparents remember a time when you’d dare not cross the bridge, but for the community’s children in Alan’s day, it was a hangout and a place to dream of what the big world must be like over the hills and far away. It was here perched upon its stone wall Alan learned many of his first life lessons; first and foremost that, while Petty Harbour would always be where he belonged, with the ocean for a front yard, there were few limits on where he could go.

Alan always loved the spotlight. Although he was inclined to be the leader in anything he did, there was no place for a singer or guitar player in the school band, so he learned drums, all the better to make the maximum impact. Like many Canadian boys, hockey was his other passion, and only the vital and dangerous role of the goalie appealed to him. It was also in Petty Harbour where he had his first brush with Hollywood, when during his childhood the small town became the set for two infamous whale’ movies, the Jaws’ knock-off Orca, and the made-for-TV A Whale For The Killing.

He was just a teenager when he left home and moved to Newfoundland’s capital, St. John’s. Although Alan pursued a BA in English and religion at Memorial University, music was his real passion. He honed his performing skills as a solo artist in the city’s pubs, standing on miniscule stages, belting out folk songs and the classic rock for the rowdy patrons. It was a rough musical education, but one from which he graduated with honours, developing the thick skin, utter fearlessness and iron larynx needed to go with his natural talent. In 1993, he joined forces with fellow pub warriors Sean McCann, Bob Hallett, and Darrell Power, and together they started Great Big Sea, where they fused Newfoundland traditional music with their own pop sensibilities.

Doyle assumed the role of lead singer, and the band-mates began to assault the music business from their Newfoundland base. 19 years later, the band continues to astonish crowds around the world with their energy, musical skill and an ingrained inability to take themselves too seriously. A major band in Canada for a generation, their nine albums and two DVD releases have been declared Gold or Platinum. In the United States they are considered a major concert attraction, and play sold out theatres and hockey arenas across the continent.

In his spare time, Doyle is much in demand as a producer, arranger and general
musical catalyst, having produced albums for actor Russell Crowe and Juno Award
winners The Irish Descendants, among others, and furnished soundtracks for the
movie Young Triffie’s Been Made Away With, the television series Hatching,
Matching & Dispatching, and for a best-selling Nintendo DS video game. In 2010 Alan joined his friend Russell Crowe onscreen, utilizing his acting skills in the role of troubadour Allan A’Dayle in the Universal blockbuster Robin Hood.

With the release of Boy On Bridge, Alan enters a new phase of his career. After almost 20 years with great Big Sea he is stepping out on his own.

His first solo album represents the culmination of the musical journey he has been on since his days playing on the lanes and seashore of Petty Harbour. It has allowed him to explore the furthest reaches of his imagination and creativity, and while much of it began in his own basement studio, he ended up recording all over the world, as new ideas and friends came to the musical party and never left.

Alan has reached both into his past and future in search of new collaborators. Canadian stars like Colin James, Hawksley Workman and Jim Cuddy are joined by Nashville pros like Troy Verges and Kelly Archer, while long-time collaborator Gordie Sampson helped him write and record some of the albums finest material. Friends from the movie and TV world like Russell Crowe and Mike Post helped out as well, co-writing and recording with Alan.

Boy On Bridge gave Alan a chance to finally delve into his love of country music and more classic rock and roll sounds. Fresh from their success with artists like Faith Hill and Carrie Underwood, Sampson and Verges helped create the modern country of â€œI’ve Seen A Littleâ€, while Nashville up-and-comer Ryan Tyndall co-wrote â€œMy Dayâ€. The blues shouter â€œTestifyâ€ was co-written by Russell Crowe, and then recorded with guitar hero Colin James in Vancouver. â€œNorthern Plainsâ€ features two famous collaborators - written and produced by Hawksley Workman, it features the inimitable Jim Cuddy on background vocals. Alan went to Los Angeles to work with his friend Mike Post, the musical wizard behind the Law & Order theme and countless other soundtracks. Among other fine moments, these sessions produced the heartfelt â€œThe Rules Will All Be Brokenâ€.

Released on Universal Music, Boy On Bridge is a huge step forward for Alan. The work of a mature musician, it is both a labour of love, and a major artistic statement. While he plainly has not forgotten his past in Petty Harbour, or his love of Great Big Sea, he is ready to step out of the shadow of both, and face his music on his own terms. 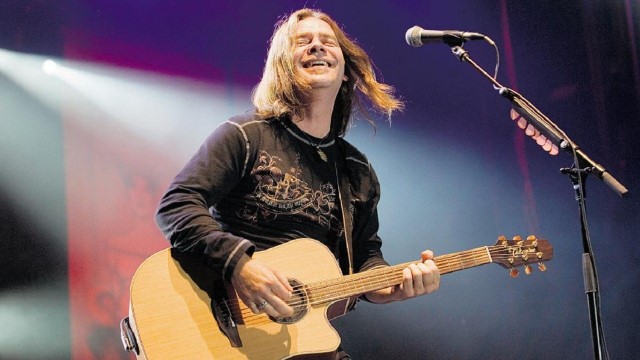