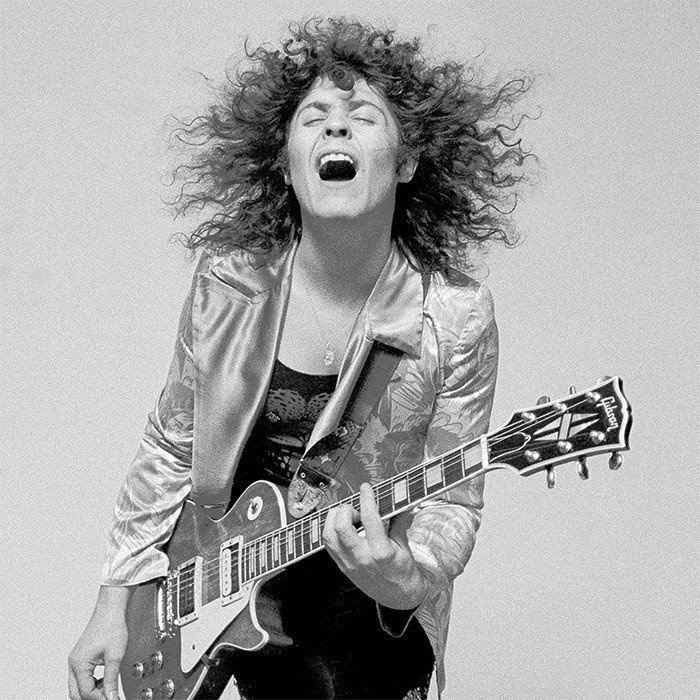 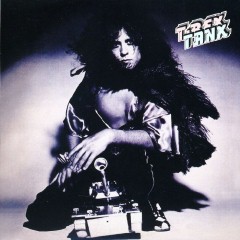 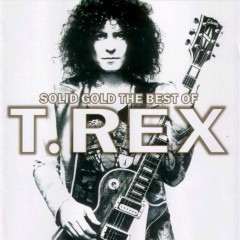 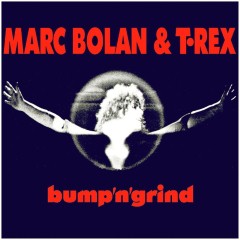 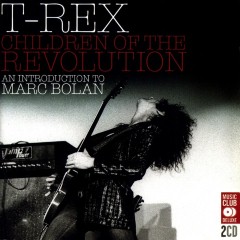 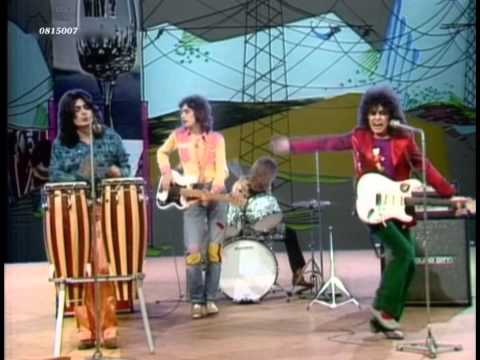 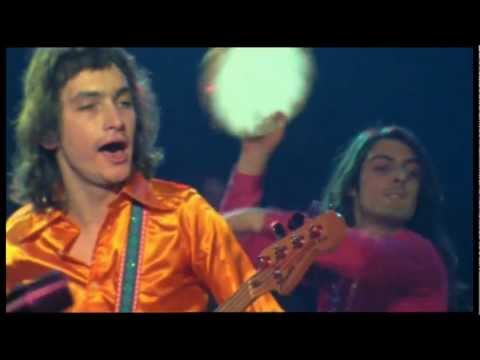 Marc Bolan founded Tyrannosaurus Rex in August 1967. After a solitary performance as a four-piece at the Electric Garden in Covent Garden, the group immediately broke up. Bolan retained the services of percussionist Steve Peregrin Took and the duo began performing acoustic material with occasional homages to Gene Vincent and Eddie Cochran. The combination of Bolan's acoustic guitar and distinctive vocal style with Took's bongos and assorted percussion-which often included children's instruments such as the Pixiphone-earned them a devoted following in the thriving hippy underground scene. BBC Radio One Disc jockey John Peel championed the band early in their recording career. Peel later appeared on record with them, reading stories written by Bolan. Another key collaborator was producer Tony Visconti, who went on to produce the band's albums well into their second, glam rock phase.

By 1968, Tyrannosaurus Rex had become a modest success on radio and on record, and had released three albums. While Bolan's early material was rock and roll-influenced pop music, by now he was writing dramatic and baroque songs with lush melodies and surreal lyrics filled with Greek and Persian mythology as well as creations of his own. The band became regulars on Peel Sessions on BBC radio, and toured Britain's student union halls.

By 1969 there was a clear rift between the two halves of Tyrannosaurus Rex. While Bolan and his girlfriend June Child were living a quiet life, Took had fully embraced the anti-commercial/community-spirited/drug-taking ethos of the UK Underground scene centred around Ladbroke Grove. Took was also attracted to anarchistic elements such as Mick Farren/Deviants and members of the Pink Fairies Rock 'n' Roll and Drinking Club.

Took then contributed his talents and two songs to Twink's Think Pink album, and began writing his own songs, and wanted the duo to perform them, but Bolan strongly disapproved of his solo efforts. Bolan's relationship with Took ended after Unicorn, although they were contractually obliged to go through with a US tour which was doomed before it began. Poorly promoted and planned, the acoustic duo were overshadowed by the loud electric acts they were billed with. To counter this, Took drew from the shock rock style of Iggy Pop; Took explained, "I took my shirt off in the Sunset Strip where we were playing and whipped myself till everybody shut up. With a belt, y'know, a bit of blood and the whole of Los Angeles shuts up. 'What's going on, man, there's some nutter attacking himself on stage.' I mean, Iggy Stooge had the same basic approach."

As soon as he returned to the UK, Bolan replaced Took with percussionist Mickey Finn. They made A Beard of Stars, the final album under the Tyrannosaurus Rex moniker. Unlike Took, Finn had no songwriting aspirations; Tony Visconti commented he was not as talented as Took: "Mickey wasn't as inventive as Steve. Mickey's backing vocals weren't strong, so Marc would double-track them with his own voice for reinforcement"

As well as progressively shorter titles, Tyrannosaurus Rex's albums began to show higher production values, more accessible songwriting from Bolan, and experimentation with electric guitars and a true rock sound. The breakthrough was "King of the Rumbling Spires" (recorded with Took), which used a full rock band. The group's next album, T. Rex, continued the process of simplification by shortening the name, and completed the move to electric guitars. Visconti supposedly got fed up with writing the name out in full on studio chits and tapes and began to abbreviate it; when Bolan first noticed he was angry but later claimed the idea was his. The new sound was more pop-oriented, and the first single, "Ride a White Swan", reached number two in the UK in late 1970. In early 1971, T. Rex reached the top 20 of the UK albums chart.
"Ride a White Swan" was quickly followed by a second single, "Hot Love", which reached the top spot on the UK charts, and remained there for six weeks. A full band, which featured bassist Steve Currie and drummer Bill Legend, was formed to tour to growing audiences, as teenagers began replacing the hippies of old. After Chelita Secunda added two spots of glitter under Bolan's eyes before an appearance on Top of the Pops, the ensuing performance would often be viewed as the birth of glam rock. After Bolan's display, glam rock would gain popularity in the UK and Europe during 1971-72. T. Rex's move to electric guitars coincided with Bolan's more overtly sexual lyrical style and image. The group's new image and sound outraged some of Bolan's older hippie fans, who branded him a "sell-out". Some of the lyrical content of Tyrannosaurus Rex remained, but the fairy tales about wizards and magic were now interspersed with sensuous grooves, replete with orgiastic moans and innuendo.

In September 1971, T. Rex released their second album Electric Warrior, which featured Currie and Legend. Often considered to be their best album, the chart-topping Electric Warrior brought much commercial success to the group; publicist BP Fallon coined the term "T. Rextasy" as a parallel to Beatlemania to describe the group's popularity. The album included T. Rex's best-known song, "Get It On", which hit number one in the UK. In January 1972 it became a top ten hit in the US, where the song was retitled "Bang a Gong (Get It On)" to distinguish it from a 1971 song by the group Chase. Along with David Bowie's early hits, "Get It On" was among the few British glam rock songs that were successful in the US. However, the album still recalled Bolan's acoustic roots with ballads such as "Cosmic Dancer" and the stark "Girl". Soon after, Bolan left Fly Records; after his contract had lapsed, the label released the album track "Jeepster" as a single without his permission. Bolan went to EMI, where he was given his own record label in the UK-T. Rex Records, the "T. Rex Wax Co.".

On 18 March 1972, T. Rex played two shows at the Empire Pool, Wembley, which were filmed by Ringo Starr and his crew for Apple Films. A large part of the second show was included on Bolan's own rock film Born to Boogie, while bits and pieces of the first show can be seen throughout the film's end-credits. Along with T. Rex and Starr, Born to Boogie also features Elton John, who jammed with the friends to create rocking studio versions of "Children of the Revolution" and "Tutti Frutti"; Elton John had appeared on TV with Bolan before, miming the piano part of "Get it On" on the 1971 Christmas edition of Top of the Pops.

T. Rex's third album The Slider was released in July 1972. The band's most successful album in the US, The Slider was not as successful as its predecessor in the UK, where it peaked at the fourth spot. During spring/summer 1972, Bolan's old label Fly released the chart-topping compilation album Bolan Boogie, a collection of singles, B-sides and LP tracks, which affected The Slider's sales. Two singles from The Slider, "Telegram Sam" and "Metal Guru", became number one hits in the UK. Born to Boogie premiered at the Oscar One cinema in London, in December 1972. The film received negative reviews from critics, while it was loved by fans.

Marc Bolan and his girlfriend Gloria Jones spent the evening of 15 September 1977 drinking at the Speakeasy and then dining at Morton's club on Berkeley Square, in Mayfair, Central London. While driving home early in the morning of 16 September, Jones crashed Bolan's purple Mini 1275GT into a tree (now the site of Bolan's Rock Shrine), after failing to negotiate a small humpback bridge near Gipsy Lane on Queens Ride, Barnes, southwest London, a few miles from his home at 142 Upper Richmond Road West in East Sheen. While Jones was severely injured, Bolan was killed in the crash, two weeks before his 30th birthday.

After Bolan, whose death ended the band, three other band members met untimely ends: Steve Peregrin Took died from asphyxiation from a cocktail cherry after his throat was numbed from his use of morphine and magic mushrooms in 1980, Steve Currie also died in a car crash, in 1981; Mickey Finn succumbed to illness in 2003. 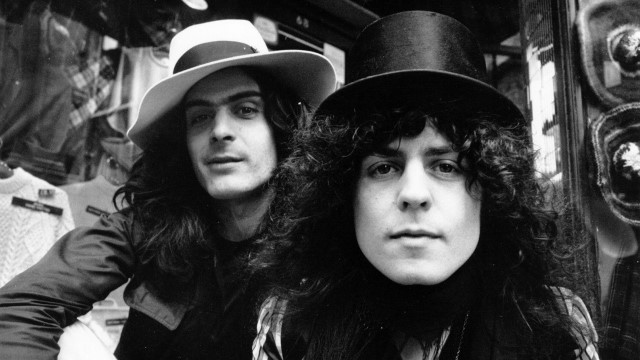 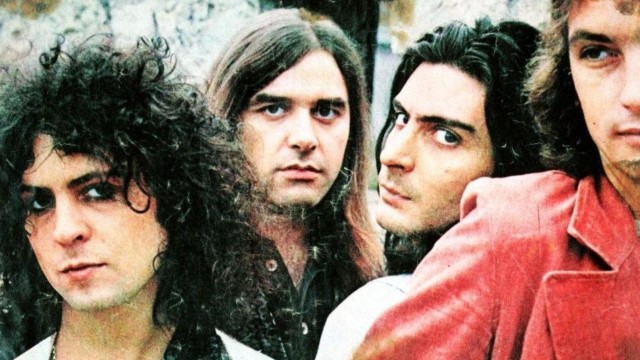 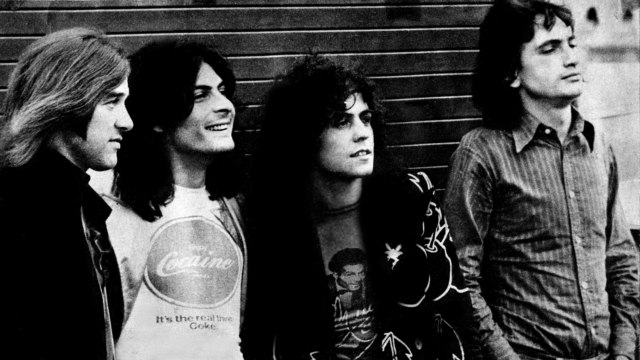