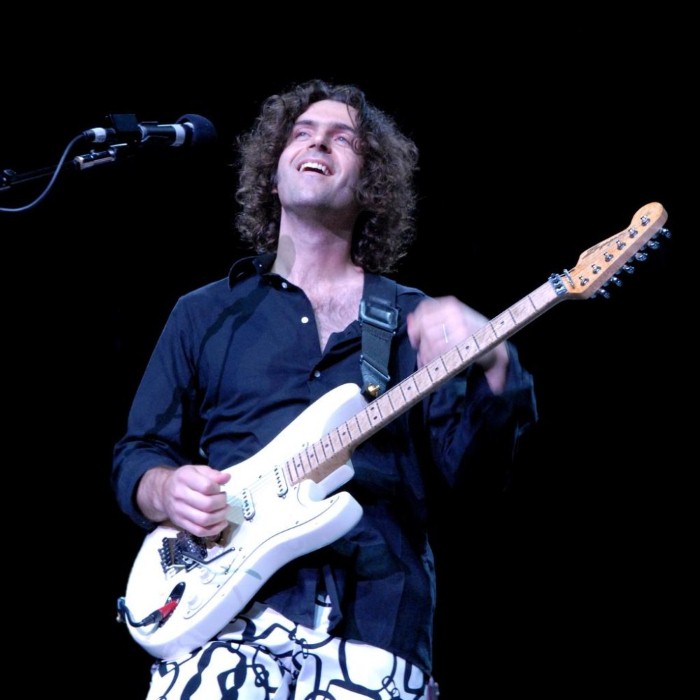 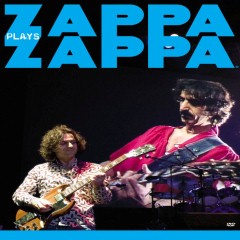 Zappa Plays Zappa is an American tribute act led by Dweezil Zappa, the eldest son of the late American composer and musician Frank Zappa, devoted to performing the music of Frank Zappa.
The band debuted in 2006 with shows in Europe, Canada and the United States during May and June (the tour was also known as Zappa Plays Zappa: Tour de Frank'). The shows presented a collection of Frank Zappa's rock-oriented compositions from 1960s to 1980s. Apart from Dweezil Zappa on lead guitar, the band has consisted of a mix of relatively unknown young musicians and older musicians who previously played with Frank Zappa. Among those, Napoleon Murphy Brock (sax, flute and vocals) was an integral part of the band, while drummer (and singer) Terry Bozzio and electric guitarist Steve Vai performed as guests in parts of the shows. At several shows Frank Zappa himself performed songs posthumously via synchronized audio/video technology, notedly portions of "Chunga's Revenge", "Dumb All Over", "Cosmik Debris," and "Muffin Man."
After a break, the band played again in the US during the Fall of 2006, including a show in New York on October 31. This revived Frank Zappa's tradition of playing Halloween shows in New York. A DVD documenting the 2006 tour was released in early 2008.
In July and August 2007, the band played a North American tour, with a core line up similar to that of the 2006 band. The band then played in Europe during September and October, before returning to the US, starting with another Halloween show in New York. Special guest on the tour was vocalist and guitarist Ray White, a Zappa stalwart performer in the 70s and early 80s. They ended the 2007 tour in Australia in early December before doing a handful of shows in Japan in January 2008. Steve Vai returned as a guest on those shows. A brief tour of U.S. and Canadian dates was then scheduled for the Summer of 2008 with the same lineup as the 2007 tour.