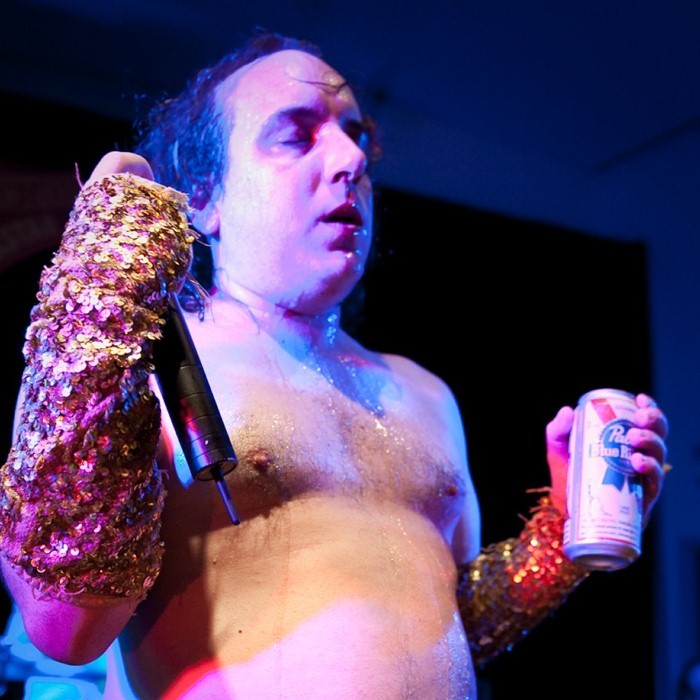 Sean Tillmann is known in the United States' independent music community as a singer-songwriter (other projects include Calvin Krime and Sean Na Na), but is best known in the UK indie rock/dance scene as R&B alter ego Har Mar Superstar. Har Mar Superstar is a character who bears several physical and behavioral similarities to porn star Ron Jeremy; he is chubby (though he has slimmed down considerably as his stage shows and frequent touring have become more physically demanding), he often performs his shows nearly nude, and appears obsessed with his own sexual prowess. His primary musical genres are contemporary R&B and pop music.
He originally claimed to be Sean Tillmann's twin brother, Harold Martin Tillmann, from which he claimed his name originated. The name actually comes from a shopping center in Roseville, Minnesota called the Har Mar Mall.
Tillmann was born in Marshall, Minnesota on February 6, 1978. In 1987, his family moved to Owatonna, Minnesota. He graduated from the Perpich Center for Arts Education in Golden Valley, Minnesota. His family is still based in Owatonna, where his mother and father work as educators. 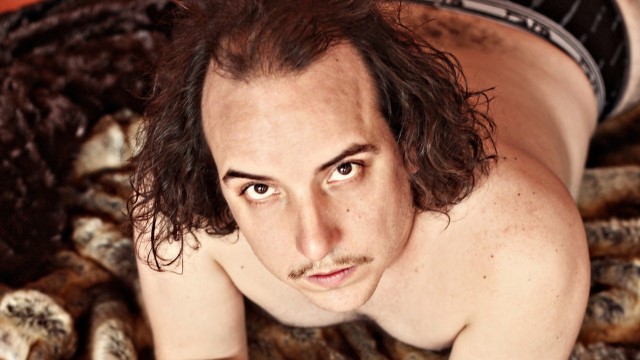