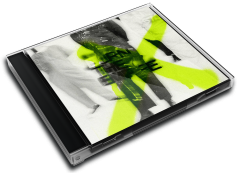 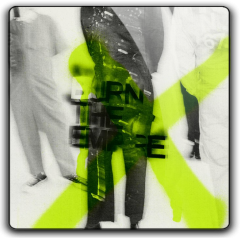 Burn the Empire is the second studio album by Scottish indie rock band the Snuts, released on 30 September 2022 through Parlophone.

Background and release
In 2021, the Snuts topped the UK Albums Chart with their debut album, W.L.. It was recorded over three years and included tracks that had been written as early as ten years prior. However, this was not the case with their second album, Burn the Empire, which was written and recorded in eight weeks. Lead singer Jack Cochrane also described the band as being "more cautious" with their songwriting and messages in W.L., something that drastically has changed with the politically-fuelled Burn the Empire, as the success and acceptance of their debut album made it feel "a lot easier to use our voices in a more direct manner".

The band also worked more closely with the producers for Burn the Empire. Whereas W.L. largely featured songs only written by the band, Burn the Empire consists of songs co-written with their producers Nathaniel "Detonate" Ledwidge and Clarence Coffee Jr.. Bass guitarist Callum Wilson described Detonate as " mainly on musicianship and instrumentation" and introducing the band to new rhythms they hadn't explored before. Wilson also said that Coffee, from Miami, "brings this whole American angle, but he loves London and hates America, so he brings a nice edge to the writing. And melodically I think he can sing in f**king 15 octaves or something – he’s unbelievable. So he’s helped Jack, even just construct songs vocally and melodically".

Cochrane has said that the Arctic Monkeys were a key influence in the way that "they’ve managed to stay razor-sharp cool all the way through what they do, but they evolve in a way that people understand". The band "bounce between styles", something that was also seen on W.L., with Cochrane stating that "we’ve just always had the intention of not putting ourselves in a jangly, indie guitar band box. It’s been done, we love it, but it’s never a box we wanted to be put in".

Nearly four months after the release of W.L., the band announced in late July 2021 that they had already written and recorded the majority of their follow-up album. The release of the album was announced a year later in June with the release date set for 7 October 2022. However, on 5 September 2022, the band tweeted that they had asked Parlophone if they could release the album earlier so fans could hear the songs before the beginning of their tour, but that the label had refused. The band then urged fans to "bombard" Parlophone to release the album earlier. Several days later, Parlophone released a response addressed to the Snuts fans stating that "the fans will always come first when it comes to music… we're looking into everything that we can do". On 13 September, the Snuts announced that the release date had been brought forward by a week to 30 September.