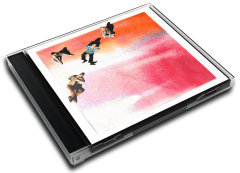 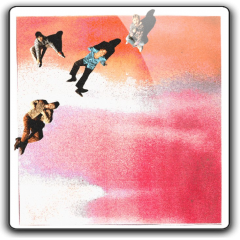 5SOS5 is the fifth studio album by Australian pop rock band 5 Seconds of Summer, released on 23 September 2022 through BMG Rights Management. It was preceded by the release of the singles "Complete Mess", "Take My Hand", "Me Myself & I", "Blender" and "Older" (featuring Sierra Deaton). The track list was revealed on 10 May 2022, while the album was announced alongside the release of "Me Myself & I" on 11 May 2022.

The band are promoting the album on the Take My Hand World Tour, which officially began in Vancouver on 11 June 2022 after the band's rescheduled tour dates ended on 21 May. "Easy for You to Say" and "Blender" were first performed live on the tour.

Background
5 Seconds of Summer spent two years working on the album, beginning after the release of Calm in 2020. Luke Hemmings called the lyrical content written for the album "extremely introspective". The band wrote and produced most of the album themselves, including the first two singles, "Complete Mess" and "Take My Hand".

The second single, "Take My Hand", followed on 1 April 2022, and charted at number 72 on the Irish Singles Chart.

Third single "Me Myself & I" was released alongside the album announcement on 11 May 2022. It peaked at number 90 on the ARIA Singles Chart.

The fourth single "Blender" was released with no prior announcement on 13 July 2022, after the band had begun performing it live on the Take My Hand tour.

The fifth single "Older" (featuring Sierra Deaton) was released on 7 September 2022, after the band released a snippet of Hemmings singing "Older" on their social media pages the previous day; however, it was not announced the song would be released the next day.