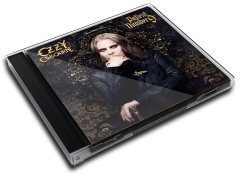 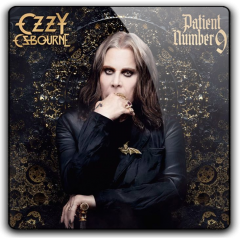 Patient Number 9 is the upcoming thirteenth studio album by English heavy metal singer Ozzy Osbourne. The album will be released on 9 September 2022 through Epic Records and was produced by Andrew Watt.

Four days after the release of Ordinary Man, Osbourne announced that he had started working on its follow-up, with Andrew Watt returning as producer. On 24 June 2022, Osbourne announced the album's title and released the title track (featuring Jeff Beck) as its lead single along with an accompanying music video. The music video was directed by Todd McFarlane and M. Wartella. The clip is the first-ever video to incorporate Osbourne's hand-drawn artwork. "My demons were animated and can be seen during the Jeff Beck guitar solo in the song," wrote Osbourne on Twitter. The track subsequently debuted at No. 1 on Billboard's Hot Hard Rock Songs chart, while concurrently achieving debuts of Nos. 17 and 22 on Billboard's Hot Rock Songs and Hot Rock & Alternative Songs, respectively. At the same time, Osbourne officially announced the album itself while also revealed the album cover, the track list and release date.

On 22 July, the second single "Degradation Rules" featuring Tony Iommi was unveiled. On 5 September, four days before the album release, the third single "Nothing Feels Right" featuring Zakk Wylde was published. On 7 September, it was announced that Osbourne will perform during the halftime show at the Los Angeles Rams' NFL season opener against the Buffalo Bills on 8 September in support of the album.