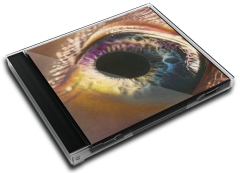 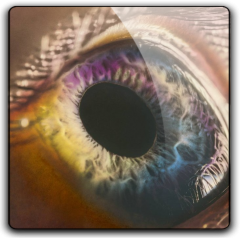 We is the sixth studio album by Canadian indie rock band Arcade Fire, released on May 6, 2022, through Columbia Records. Produced by Nigel Godrich and band members Win Butler and Régine Chassagne, the album was recorded in New Orleans; El Paso, Texas; and Mount Desert Island in Maine. It was preceded by the singles "The Lightning I, II" and "Unconditional I (Lookout Kid)". The album takes its name from the Russian dystopian novel We by Yevgeny Zamyatin.

It is the final album to feature multi-instrumentalist Will Butler, who departed the band in 2021 shortly after its completion.

We is the sixth studio album by Canadian indie rock band Arcade Fire, released on May 6, 2022, through Columbia Records. Produced by Nigel Godrich and band members Win Butler and Régine Chassagne, the album was recorded in New Orleans; El Paso, Texas; and Mount Desert Island in Maine. It was preceded by the singles "The Lightning I, II" and "Unconditional I (Lookout Kid)". The album takes its name from the Russian dystopian novel We by Yevgeny Zamyatin.

It is the final album to feature multi-instrumentalist Will Butler, who departed the band in 2021 shortly after its completion.

User Album Review
As a premonition of 2022, Orwell’s 1984 no longer cuts it – too much joy, optimism and permissiveness. Arcade Fire, alt-rock documenters of societal decline since 2001, have instead named their most incisive treatise yet on the crumbling of western civilisation after a 1924 Russian novel called We. Yevgeny Zamyatin’s pioneering vision depicts a totalitarian dystopia in which numbered, uniformed citizens of the One State live in glass apartments for ease of surveillance, have all daily activities strictly planned for them and are allotted partners, interests and jobs by the algorithms of the Bureau Of Guardians.

“I unsubscribe,” Win Butler sings midway Arcade Fire’s sixth album; “somebody delete me” he begs elsewhere. But, taken as a whole, ‘WE’ is more about fighting through the modern malaise than clicking off it.

If 2017’s fifth album ‘Everything Now’ came in for flack – unfairly, to these ears – over its righteous but blunt-edged anti-corporate satire and synth-pop leaning, this one has far more prescient material to work with. Over what are effectively four multi-part songs plus the title track, Butler and co. face down online insecurities, isolation, war, the right wing uprising and American democracy very nearly turning to ash. Radiohead producer Nigel Godrich lays the atmospherics on dense and thick, but Arcade Fire’s natural dynamic wins through, merging glowering alt-rock and sci-fi disco pop with the measured intricacy of a vaccine lab. It finds them right back where they belong – up on a soapbox, thumping their chests and promising to lead us out of the storm.

It begins, it seems, mid-panic attack. Synthetic dizzy spells, short breaths and muted beats like atrial palpitations swarm around Win’s tense piano ballad ‘Age Of Anxiety I’, an echo of the pandemic era that succinctly encapsulates the world of fears and uncertainties outside our doors and the Web of lies inside. “Fight the fever with TV in the age when nobody sleeps,” Win quivers, before touching on the lure of lockdown addiction (“the pills do nothing for me in the age of anxiety”), the numbing emptiness of the past two years and the online charade we were forced to indulge. “When I look at you, I see what you want me to,” he sings of the internet’s deceptive “maze of mirrors”.

When the track lifts from its introspective hunker and finds itself in a breathy EDM party scene that feeds into a glacial, slow-building rave sister-piece ‘Age Of Anxiety II’, it still can’t shake the stresses of the world and its combustible politics. “Wake up sleepy head,” Win declares, “Acropolis is burning”.

The album’s boldest statement comes in the form of nine-minute centrepiece ‘End Of The Empire I-IV’, an epic lament for a dying America and an anthem in the true sense of the word. Part I (‘Last Dance’) is what Neil Young’s ‘Imagine’ might have sounded like: a limpid piano ballad wherein a winsome Win gazes out across the patch of ocean “where California used to be” and decides “it’s not half bad… standing at the end of the American empire”. Strings strike up before a fanfare of guitar ushers in Part II (‘Last Round’), a stirring glam-rock battle hymn of a chorus that, by the sounds of it, they’ll be playing when Iggy Pop finally gets inaugurated.

As a full orchestra swells, Part III (‘Leave The Light On’) zooms in on the little guy with “one life and half of it’s gone”, drinking and toking his way through the collapse of civilisation, and Part IV (‘Sagittarius A*’), drenched in piano, saxophone and jazz club vibes, marks his moment of awakening from the modern nightmare. Tiring of the “algorithm prescribed” dreams of fast cars and fancy clothes and the “heroes…selling you underwear and little white pills”, he decides “this ain’t no way of life” and unsubscribes from it all with a relieved “fuck season five”. The message, if just one can be pulled from this tangled tragedy, is that life’s too short and the world’s too fucked for us to get cookied all the way to oblivion.

From there, ‘WE’ plots an emotional route out of the dark. ‘The Lightning I, II’ turns up the ‘80s synths to ‘Boys Of Summer’ and the pace to ‘Born To Run’ as Butler hears the thunder from distant conflict and tells his companion: “We can make it if you don’t quit on me / I won’t quit on you”. The uncharacteristically breezy folk jig ‘Unconditional (Lookout Kid)’ is the ideological flip of their breakout hit ‘Wake Up’, encouraging our children to embrace life’s ups and downs: “A lifetime of skinned knees and heartbreak comes so easy / But a life without pain would be boring”. ‘Unconditional II (Race & Religion)’, meanwhile, advocates full emotional immersion to block out the noise. “I’ll be your race and religion…united body and soul,” Régine Chassagne coos over Fleetwood Mac synths, flurries of bongo and backing wails from the mighty Peter Gabriel.

Come the subdued acoustic title track, all oppression, doubt and anxiety has evaporated and Butler is so in love with life again that he wants to get “wild” and “free”, sell all his possessions and have another ride on this mortal rollercoaster: “when everything ends, can we do it again?” Our global journey from fear to appreciation is played out in what Arcade Fire themselves accurately describe as a “concise 40-minute epic”. Philosophically, they haven’t been so focussed since 2010’s ‘The Suburbs’, nor so musically dramatic since 2007’s ‘Neon Bible’. Subscribe.