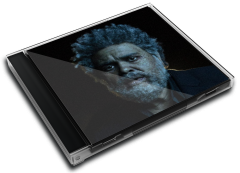 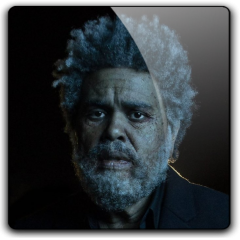 Dawn FM is the fifth studio album by Canadian singer-songwriter the Weeknd, released on January 7, 2022, through XO and Republic Records. Narrated by Canadian-American actor Jim Carrey, the album features guest vocals from Tyler, the Creator and Lil Wayne, and spoken word appearances from Quincy Jones and Josh Safdie. As the album's executive producers, the Weeknd, Max Martin and Oneohtrix Point Never recruited a variety of other producers such as Oscar Holter, Calvin Harris and Swedish House Mafia.

A follow-up to the Weeknd's fourth studio album After Hours (2020), Dawn FM has been described as an upbeat dance-pop record rooted in 1980's synth-pop and heavily drawing from the era's new wave, funk and electronic dance styles. The album was preceded by the lead single "Take My Breath", which peaked at number six on the US Billboard Hot 100. In support of both Dawn FM and After Hours, the Weeknd plans to embark on the After Hours til Dawn Stadium Tour, scheduled to visit Europe, Asia, Australia, Africa, and the Americas in the summer of 2022.

Background
On March 20, 2020, the Weeknd released his fourth studio album After Hours, during the beginning of COVID-19 restrictions. Primarily produced by the singer-songwriter, the featureless album was a commercial success and was met with generally positive reviews, with some music critics naming it his best work yet. Shortly after its release, the Weeknd began working on a new album. During an interview with Rolling Stone in September 2020, he stated that he "might have another album ready to go by the time this quarantine is over".

The Weeknd began to tease a new album in May 2021 during an interview with Variety, in which he stated "if the last record is the After Hours of the night, then The Dawn is coming". He continued to tease the album with the tentative title The Dawn during his acceptance speeches at the 2021 Billboard Music Awards and the 2021 iHeartRadio Music Awards. On August 2, the Weeknd released an initial teaser on his social media pages titled "The Dawn is Coming", which contained a snippet of a then-unreleased song. Later that day, in a partnership with NBC Sports and the 2020 Summer Olympics, he announced the album's lead single "Take My Breath", which was released on August 6.

On October 4, 2021, during an episode of his Apple Music 1 radio show, Memento Mori, the Weeknd announced that the album was complete, and that he was waiting on a "couple characters that are key to the narrative". He then described the characters as "some people that are near and dear to me, some people that inspired my life as a child and some that inspire me now."

On January 1, 2022, the Weeknd teased a possible surprise album release in an Instagram post, which featured a screenshot of a text conversation he had with best friend and creative director La Mar Taylor. While they exchanged New Year's greetings, the Weeknd replied that "Everything feels chaotic again. Music can heal and that feels more important than another album rollout. Let's just drop the whole thing and enjoy it with the people... XO." The next day, the Weeknd teased the album's arrival, tweeting "wake up at dawn tomorrow". On January 3, he formally revealed the album's official title through an album trailer and announced that it would be released on January 7. He subsequently announced the track listing through a second trailer on January 5.

Concept
Dawn FM incorporates a "psychedelic radio" aesthetic with existential themes, similar to American experimental record producer Oneohtrix Point Never's album Magic Oneohtrix Point Never (2020), which the Weeknd appeared on and executive produced under his formal name. In an interview with Billboard on November 23, 2021, the Weeknd elaborated on these themes, saying:

Picture the album being like the listener is dead. And they're stuck in this purgatory state, which I always imagined would be like being stuck in traffic waiting to reach the light at the end of the tunnel. And while you're stuck in traffic, they got a radio station playing in the car, with a radio host guiding you to the light and helping you transition to the other side. So it could feel celebratory, could feel bleak, however, you want to make it feel, but that's what 'The Dawn' is for me.

Artwork
The standard Dawn FM album cover shows a dramatically aged and bearded version of the Weeknd in a dark setting with a small ray of light shining over his shoulder, symbolizing the album's themes of life transitioning to death. The collector's editions of the album, listed on the Weeknd's online store, features three alternate Dawn FM covers designed by American artist Robert Beatty, who also designed the album cover for OPN's Magic Oneohtrix Point Never. The HMV and Target exclusive alternate covers were also designed by Beatty.