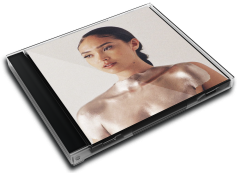 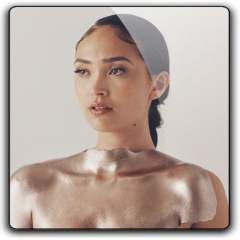 Skin is the debut studio album by British-Irish-Bangladeshi singer-songwriter Joy Crookes, released through Insanity Records on 15 October 2021. The album has spawned four singles, including "Feet Don't Fail Me Now" and "When You Were Mine", both of which reached number one on the UK Asian Top 40 chart.

Primarily a modern soul-jazz record led by orchestral string arrangements, Skin is an "autobiographical body of work" inspired by Crookes' heritage and identity, as well as her experiences of young adulthood and heartbreak. The album was met with widespread acclaim upon release, with critics praising the subject matter, production and Crookes' vocal performance.

Background and release
At the 2020 Brit Awards, Joy Crookes was nominated for the Rising Star Award, which predicts the biggest upcoming British musicians. In September of that year, she gained moderate mainstream attention with the release of her cover version of The Wannadies' 1994 single "You & Me Song", which was featured in an O2 TV advertisement, consequently entering both the UK Singles Downloads and the UK Singles Sales charts. In June 2021, Crookes released the single "Feet Don't Fail Me Now" and its accompanying music video. The track debuted atop the UK Asian Music Top 40 chart, while the music video was nominated for Best Pop Video - UK, Best Wardrobe Styling in a Video and Best Hair & Makeup in a Video at the 2021 UK Music Video Awards.

Composition and lyrics
Described by Clash as "orchestral soul-jazz", Skin is primarily a modern soul record with elements of R&B, jazz, pop, neo-soul and trip-hop, and is characterized by its orchestral string arrangements. There are also a number of piano ballads on the album. Inspired largely by her own British-Irish-Bangladeshi heritage, Crookes lyrically explores themes of young adulthood, heartbreak, and identity. In a post on social media, Crookes wrote "This is the proudest work I have made to date. It is an autobiographical body of work, the album consists of songs I wrote when I was 15 up until 22. This is an album about my identity."